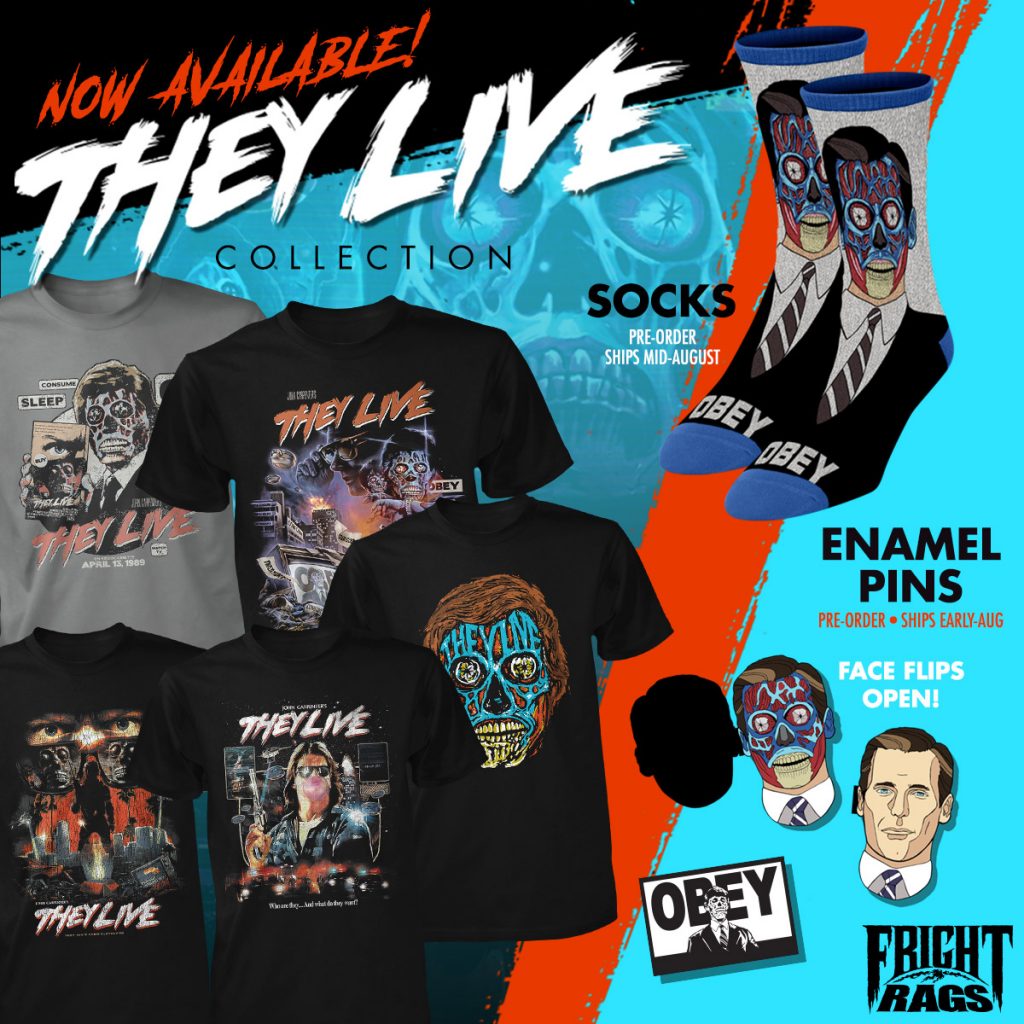 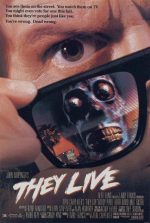 John Carpenter’s They Live turns 30 this year, but its social commentary remains as relevant as ever. Fright-Rags have released a new collection of merchandise dedicated to the cult classic.

You don’t need a pair of sunglasses to see Fright-Rags’ They Live collection. Consume five t-shirts, a pair of socks, and two enamel pins – including one that flips open to reveal an alien face behind its human visage.

Fright-Rags also has its own Garbage Pail Kids character, “Fright Rag Freddy’. It’s available on a ringer tee, a pair of socks, and in a wax pack (limited to 200) featuring a t-shirt, enamel pin, and trading card.

Obey Fright-Rags and buy They Live and Garbage Pail Kids apparel; on sale now at Fright-Rags.com 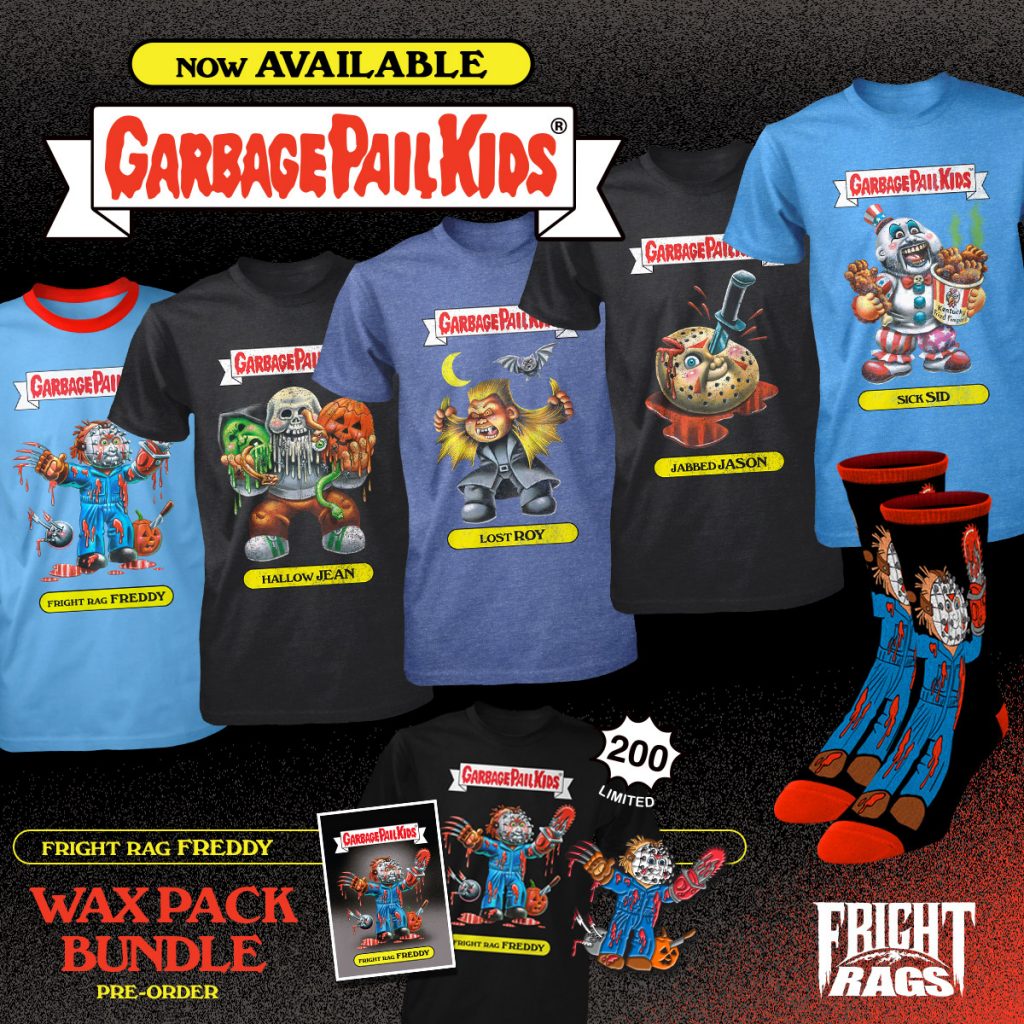