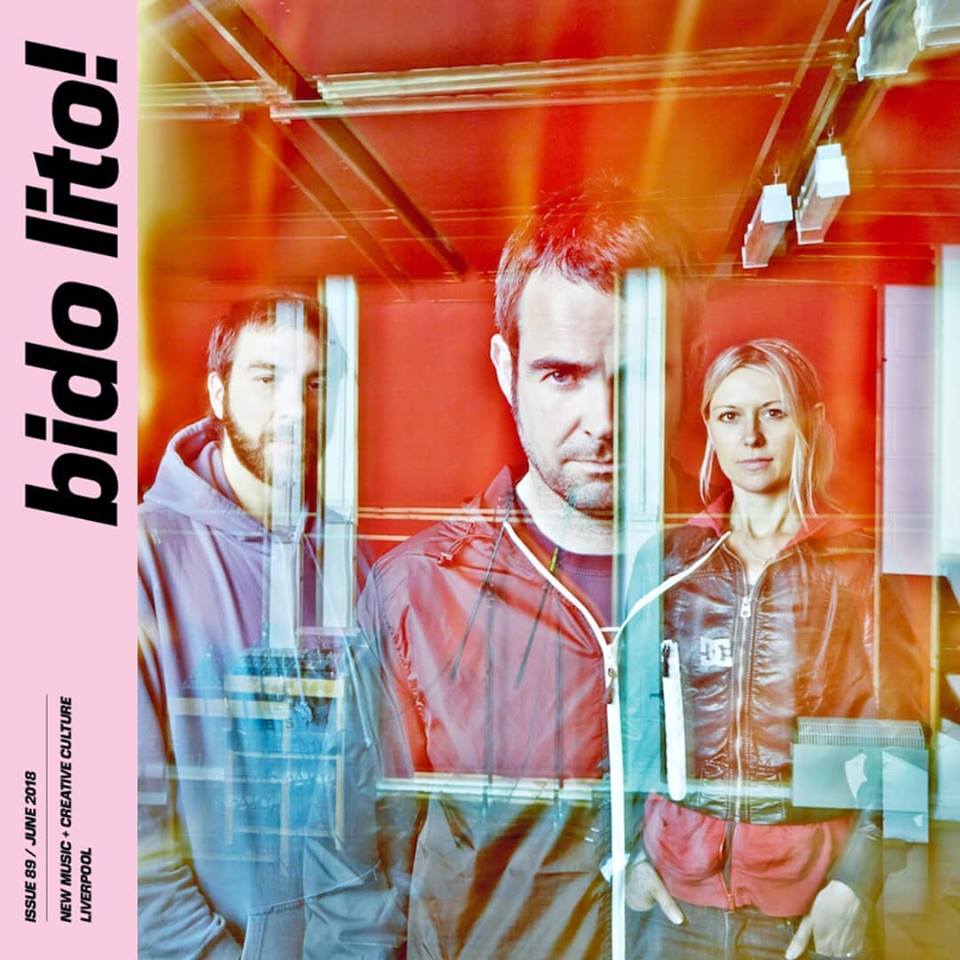 Collaborating with John McGovern and Julia Johnson, I contributed a few words on Wrong Festival (specifically about Future of the Left and Tokyo Taboo) for issue 89 of Bido Lito! If you are in Liverpool (UK) you can pick up a copy of issue 89 at most pubs/bars. I know Gibberish Brewery & Taproom normally have copies of the latest issue available. Grab a schooner of their Custard Cream Citra whilst you are there!

My original contributions were truncated for length so I have presented my original, unedited musings here for your enjoyment. Alternatively you can read the full article online here: https://bidolito.co.uk/review-wrong-festival-2018/

North Shore Troubadour. It was here, in this nautical themed venue, that Tokyo Taboo took to the stage and commanded the soundwaves to capture our attention. Tokyo Taboo’s debut album, 6th Street Psychosis had just surpassed it’s first year anniversary, and the London-based duo were determined to bring the same angst-driven, pop-punk energy to Wrong Festival.

Before long front-woman Dolly Daggerz had tired of the stage and headed into the crowd, leaving guitarist Mike Mierzejewski, touring bassist Jools Kelly and touring drummer George Nikolov to continue their audio assault from amongst the amps. As Dolly screams “Will I make it out of my life alive?” Mike jumps down off the stage, laying into his guitar as they perform ‘Make It Out Alive‘, a song that was written in response to the UK government’s decision to bomb Syria in 2015.

It is undeniable that Tokyo Taboo has the energy to back up their riotous, catchy, infectious rock; and that leads me to my only criticism. The Wrong Festival crowd just were not able to match the same energy. Even as Dolly Daggerz commands everyone in attendance to sit down for ‘Drowning‘, their softest offering, the crowd appeared uninterested. Perhaps that is an unfair assessment, but I expected each track to have everyone headbanging.

Tokyo Taboo certainly brought the riffs, beats, and impassioned vocals to Wrong and North Shore Troubadour, a venue that should have been the perfect outlet for their politically-charged pop-punk. 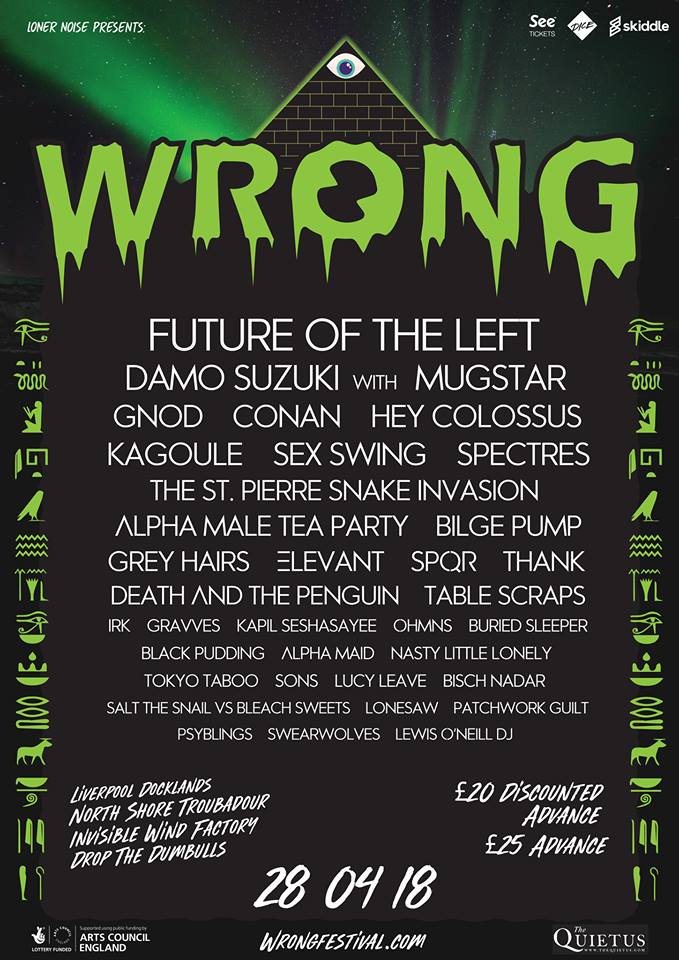 FUTURE OF THE LEFT

Following the legendary Damo Suzuki and the Liverpudlian space rock of Mugstar was never going to be easy, but headlining act Future of the Left embraced the challenge. A juxtaposition to Suzuki’s psychedelic improvisation, Future of the Left’s intensity and aggression dismantles the crowd at the Invisible Wind Factory who stood firm for Mugstar’s dense, technical, and mystical sound. What was once a calm, yet excitable crowd has turned into a pit of bodies being thrown around to each ferocious riff.

Frontman Andrew “Falco” Falkous at one point puts down his guitar and walks over to the keyboard, wielding the keys with the same intensity he had hitting the strings. As Falco screams along to ‘Manchasm‘, informing the crowd “Audience please! Every minute matters.” Julia Ruzicka’s pummels her bass, striking heavily and creating an aura of nostalgia for those of us that remember her previous musical outlet; the post-hardcore, punk rock of Million Dead.

Soon enough members of the crowd surf towards the stage, hoping to share a few seconds with the band before throwing themselves back into the pit. Falco’s charisma is undeniable, and as he declares “The music industry is lying to you,” during their final performance of the night, ‘Singing of the Bonesaws‘, it is clear that Future of the Left are still as uncompromising as they have always been. The alternative to alternative rock, and a clear indication of what Wrong festival strives to be: An outsider to normality. Simply wrong.