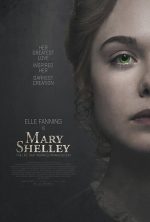 In 1818 Mary Shelley produced one of the most influential texts in literature: Frankenstein; or, The Modern Prometheus. Her novel attracted a huge degree of critical attention and gained increasing cultural importance, so much so that the circumstances of its composition has achieved a kind of mythic status.

During the summer of 1816 Mary Wollstonecraft Godwin and Percy Bysshe Shelley were in Switzerland with Mary’s stepsister, Lord Byron and Dr. John Polidori. One rainy day after reading a book of ghostly tales, Byron suggested that they should try writing their own horror stories. Stimulated by her love of science and discussions she had had with Dr. Polidori, Mary began working on Frankenstein – she was nineteen years old. 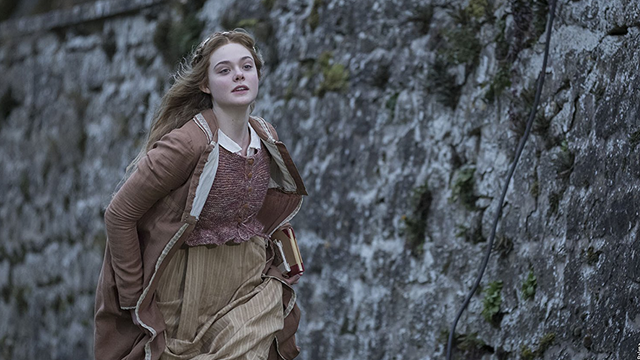 Mary’s own mother, Mary Wollstonecraft, was the firebrand writer of A Vindication for the Rights of Woman (1792) which argued that women were not inferior to men. This advocate of equal rights and free love died only days after giving birth to her daughter. A frequent visitor to her mother’s grave, Mary begins to experiment with writing and, feeling close to death and loss, she is most attracted by ghost stories.

Mary is not liked by her stepmother (who sent her own daughters away to school but refrained from giving Mary a formal education). Her father however, gives her access to his extensive library and, sensitive to the tensions at home, sends Mary off to Scotland to stay with William Baxter (Owen Richards) where she finds domestic tranquillity and congenial companionship with Baxter’s daughter Isabel (Maisie Williams).

It is also here that she first meets the poet Percy Bysshe Shelley (Douglas Booth). Once Mary is back in London, Percy again appears and becomes her father’s protégé, but he continues to focus his attention on Mary. 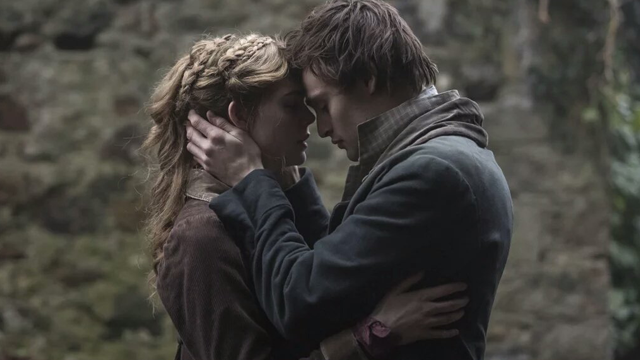 Percy is still only 21 but has already abandoned one wife and child. However, he has a soft way with words and his Romantic idealism appeals to Mary’s radical education so, despite these impediments, he persuades the teenage girl to run away with him, accompanied by her stepsister Claire. Mary’s actions create a painful estrangement from her father who does not approve of Percy or his designs on his young daughter.

The amorous liaison imagined by the sixteen-year-old Mary soon turns out to be much less idyllic than she had hoped. She and Percy are considered scandalous and shunned by polite society, Percy’s male friends assume that Mary is sexually available, Percy is disinherited, and serious money troubles ensue.

Inevitably, Mary soon realises that Percy’s ideas about the unconventional, liberated life that he and Mary should share are not the same as her own, and their mercurial relationship is plagued by Percy’s selfish behaviour and infidelities, followed by further declarations of love. It is most severely tested by the death of their baby daughter, only days after her birth. 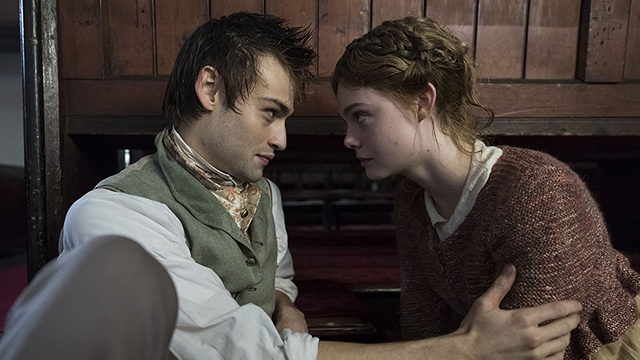 A distraction from the devastation Mary feels after the death of her baby results in the infamous summer spent at Lord Byron’s chateau in Geneva. Byron (Tom Sturridge) is a wealthy, swaggering, entitled cad, who lives only for his own pleasure and the fame that the popularity of his poetry brings him. He welcomes Mary, Percy and Claire (his lover), as he declares himself bored with his current guest, Dr John Polidori (Ben Hardy), whom he insults mercilessly.

It may be hard for modern audiences to imagine, but the Romantic poets were the rock stars of their day and attracted similar adulation from young females, who were in effect, groupies, and were used in the same way. As Byron reveals in a moment of candour – intellectual, educated men like himself and Percy, hope for enough intelligence in a woman to appreciate and admire their poetry, but not enough to have ideas or opinions of her own.

The film examines the discrepancy between ideals and practice when it comes to liberation and equality between the sexes. Traditional roles may oppress and frustrate women, but the supposed freedom and hedonism that Percy and Lord Byron offer to Mary and Claire prove to be only on the terms of the men themselves, and result in a different kind of burden which also brings misery and regret. The atmosphere at the chateau is further tainted by the news that Shelley’s first wife, Harriet, (Ciara Charteris) has drowned herself. 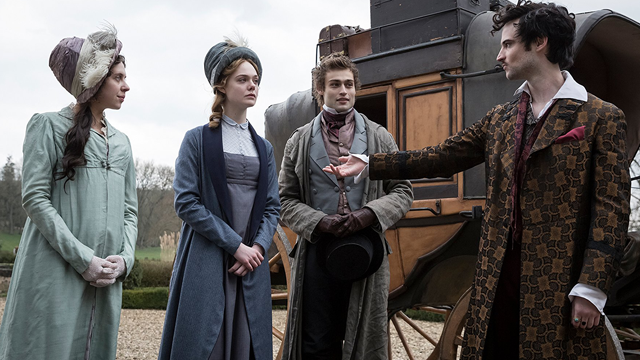 One might expect that the film would indicate how Mary was shaped by the many losses, difficulties, and disappointments of her life, but instead filmmaker Haifaa Al-Mansour tends to revel in the love story, the costumes and the poetic flights. Picturesque as the film is, Mary Shelley only scratches the surface of what must have been very intense experiences which formed an exceptional woman.

Both Elle Fanning and Douglas Booth are extremely pretty to look at in period costume, and Fanning in particular, plays her role with sensitivity, but a story as audacious, thematically complex and influential as Mary Shelley’s Frankenstein deserves a more penetrating examination regarding the circumstances leading up to its origin.

As the creator of Frankenstein, Mary wasn’t even given authorial credit for what is considered the prototype for countless sci-fi and horror stories. It was assumed that Percy Shelley had written the book, since he had penned the preface. It was her influential father, William Godwin who, several years later, ensured that the book was reprinted with Mary’s name on the cover. 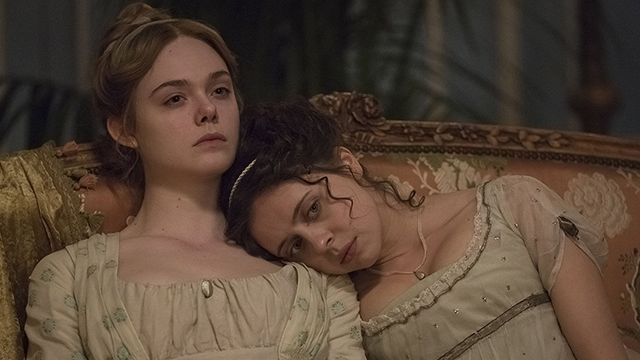 It seems that Al-Mansour and Jensen are at pains to highlight the sense of Mary Shelley’s modernity and offer a defence of female creativity, but the differences between male and female writing – the men are understood to be motivated by ideas, while women write about feelings – gives a simplistic view which undermines Mary’s intellectual autonomy and her abiding interest in politics and science.

Mary’s story Frankenstein thus appears to be merely a therapeutic expression of her emotional pain, but this does not do justice to the intellectual aspects of her story which concern questions regarding the moral quandaries and risks of scientific and technological innovation, the philosophical complexity of human identity and the political exploitation of a labouring class created by the industrial revolution and famine.

Mary Shelly, as an examination of a highly unconventional historical figure, is diminished by its conventional framework. The extraordinary story of how a self-educated British teen, at the beginning of the nineteenth century, had the intellect, talent, life experience and literary ambition to create one of the seminal novels in the English language, the narrative of which has generated numerous imitations and adaptations throughout the centuries, remains relatively unappreciated.