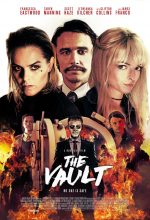 Writer/director Dan Bush (The Signal, 2007) says of his film, The Vault, that his vision was to make a movie where ‘Heist meets horror’. He couches this ambition in a story dealing with sibling loyalty and conflict.

When Michael Dillon (Scott Haze) gets into trouble with a vicious gangster, he has to come up with a great deal of money very quickly in order to save his life. His two estranged sisters, Leah (Francesca Eastwood) an ex-con, and Vee (Taryn Manning) who has spent time in the military, come up with a plan to recruit some heavies who will help them rob a nearby bank.

The heist begins according to plan, but soon the robbers discover that the bank appears to hold a disappointingly small amount of cash. The defiant bank manager refuses to help them any further, and one of the tellers attempts to escape and alert the authorities.

The day had begun like any other for the weary assistant bank manager Ed Maas (James Franco) – he had got his coffee, stared blankly at the clock, felt despondent about his job – but now he finds himself staring down the barrel of a gun and dealing with two volatile sisters, their nervous brother, and their heavies, frustrated by the puny haul at his bank. 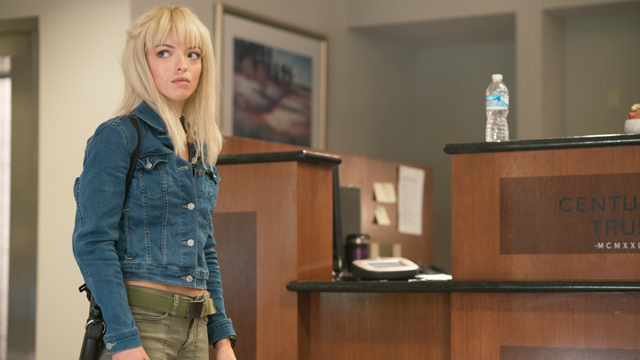 The plan descends into chaos – with the bank manager knocked unconscious and staff hostages injured – and the robbers find themselves in a quandary. Respite seems to come when assistant manager Maas, who has been held in a separate room, declares that he can give them information that will get them a lot more money, and that he is willing to bargain with this for the lives of the hostages.

With members of the gang disgruntled and panicking, with the clock ticking and with the authorities onto their crime, Leah decides to take Maas up on his offer. He tells them that there is a forgotten, old vault under the bank, dating back from the 1980s. Rumour has it that it still contains takings that may number into the millions. He is extraordinarily helpful, informing them how to override the security systems which will give them passage down into the dark, lower levels.

However, what he doesn’t tell them, is that down there they will find more than they bargain for – something else is down there too. The tables are turned when the criminals unlock the true secret of The Vault. 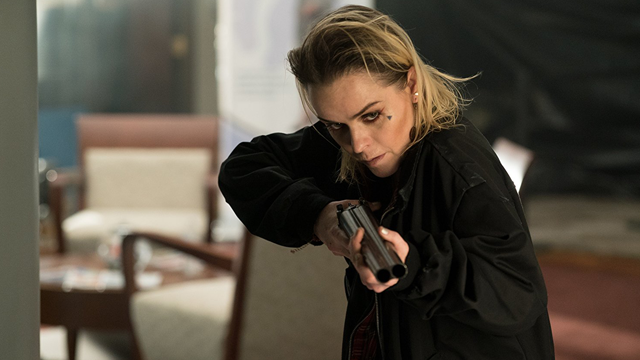 Soon the robbers are faced with a choice – whether to confront the heavily armed police and FBI who arrive outside, headed up by the tenacious Detective Iger (Clifton Collins Jr.) or go down and face whatever resides with the money in the vault below.

The Vault is one of those movies which starts off in one genre and then takes off into another (rather like the twisty Don’t Breathe from earlier in the year, in which the home invasion of a blind man by some vicious teens transforms into a horror perpetrated on them).

The Vault takes family loyalty as its premise for the heist, placing the siblings in a situation in which long-felt animosities and conflicts heighten the tension of a situation already fraught with danger and promising further impending horrors. 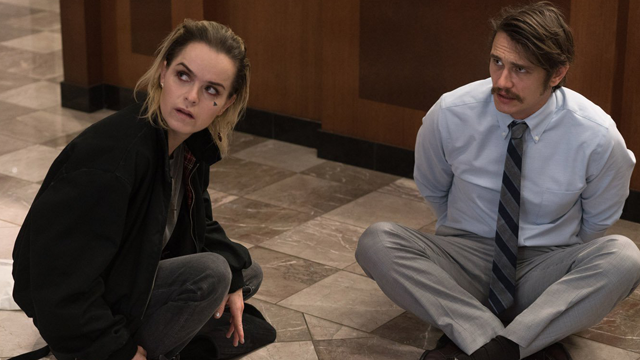 Francesca Eastwood (Twin Peaks, Fargo) gives a nervy performance as the recently released from prison Leah, and there is a striking turn from Taryn Manning (Orange is the New Black, Hustle & Flow) as Vee – gutsy, disillusioned, brutal, but fiercely loyal to her little brother. Clifton Collins Jr, (Westworld, Pacific Rim) is ever the pro in the role of Detective Iger.

James Franco (who seems to be in a plethora of projects this year) plays Maas as a mild-mannered bank manager, sporting a rather disturbing moustache, which might have been enough warning for the hapless robbers to give him a wide berth. 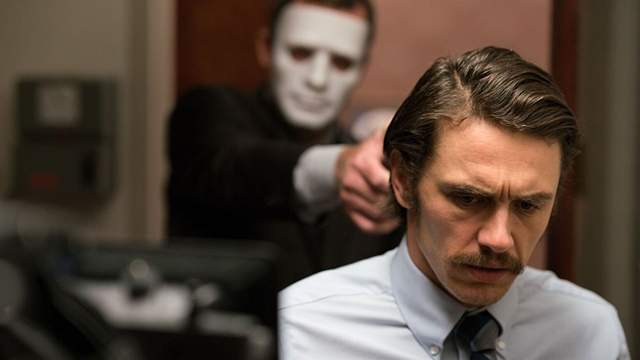 The Vault may not be for the claustrophobic viewer. The characters feel the situation closing in on them as well as the very walls in the labyrinthine basement below. Events become increasingly disorienting and so does the plot, which sometimes struggles to keep control of all the conflicts of the characters and their shady pasts. It’s not initially easy to grasp the relationship of the characters to each other or which vague past grievances they sometimes seem to refer to.

Nevertheless, The Vault is an entertaining horror offering, gory enough for those that like that kind of thing. It gets itself a little tangled in its ambition to be psychologically penetrating regarding the motivations of its various characters. This particular vault appears to be haunted as much by the victims of materialism as by violent ghouls.