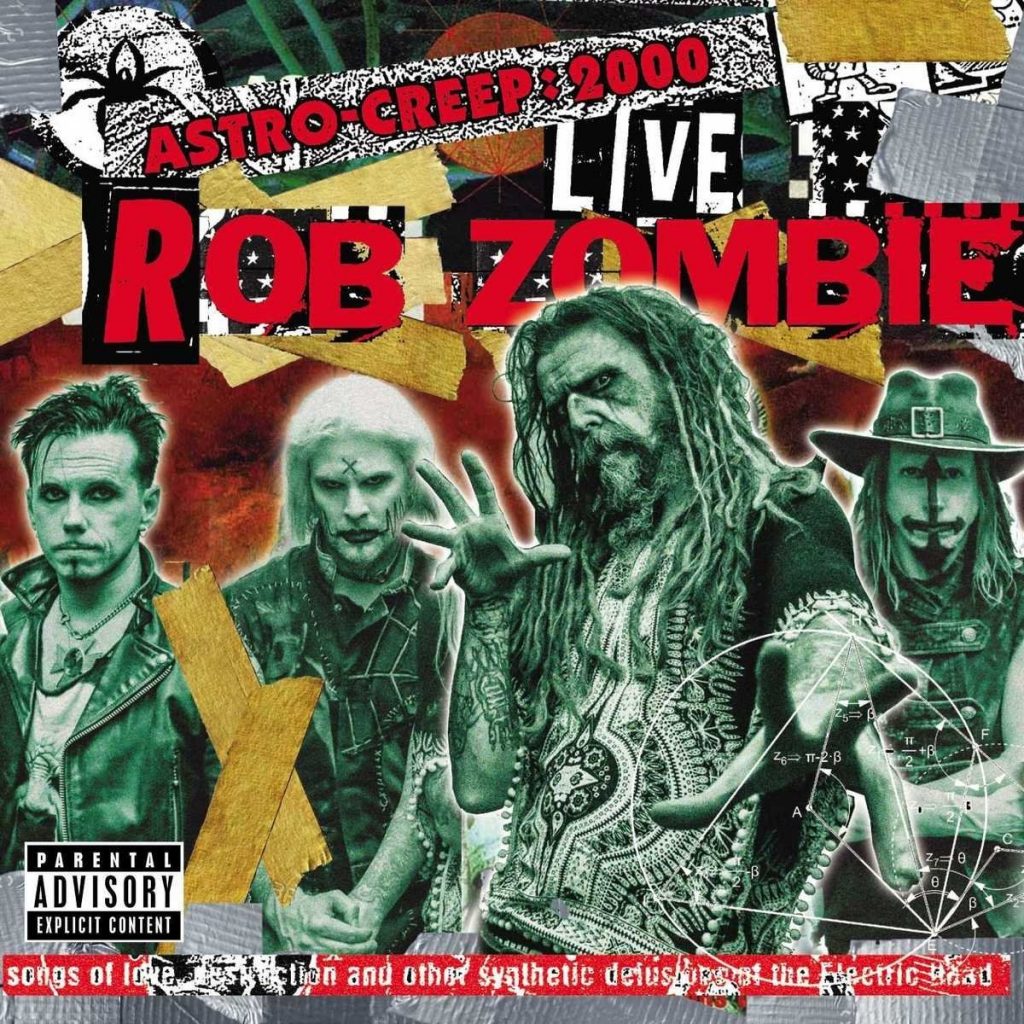 Astro-Creep: 2000 (Songs of Love, Destruction and Other Synthetic Delusions of the Electric Head) was the final studio album released by White Zombie in 1995. The following year would see the band release a remix album (Supersexy Swingin’ Sounds), and one final song for 1996’s Beavis and Butt-head Do America, titled Ratfinks, Suicide Tanks and Cannibal Girls, before disbanding officially in 1998.

The impact this album had on my teenage years was undeniable. At twelve years of age, I starting to really get into the heavier, more aggressive side of music. My mum had a number of LPs that I would frequently flick through and spin. Her collection was quite eclectic, but included early Iron Maiden, Metallica, Nazareth, and Slayer. These were the type of records that I always found myself attracted to. The macabre album covers were insane, and it helped that I had a healthy appetite for horror movies. My older brother would also frequently put together mix tapes for me. Everything from hip hop to thrash metal was represented on these tapes: from the Wu-Tang Clan to Acid Reign.

So, to return the favour, I hooked up our Hi-Fi system to the television and started recording tracks from music videos – from cable onto cassette. It was around ‘98 or ‘99, and I remember one video in particular that really grabbed my attention. It was for a song titled Dragula by Rob Zombie; which even now I think, in my thirties, is a great fucking name. My brother wasn’t so keen… “White Zombie were better”, he declared. “White Zombie?” How had I not heard of this band until now? They certainly were not played on MTV or the radio – not anymore anyway.

Back in school I couldn’t stop waxing lyrical about all the new music I was consuming. Fear Factory, Rage Against the Machine, Rob Zombie… “Rob Zombie?” replied a friend of a friend. We had never really spoken before then, or since. “Have you heard of White Zombie?” she asked. “Yeah, I’ve heard of them, but not their music”, I replied – or something to that effect. The next day she appeared with a plastic bag full of CDs that included the White Zombie albums La Sexorcisto: Devil Music Volume One and Astro-Creep: 2000. I ran home after school that day.

Astro-Creep: 2000 was the first CD I threw on and as Electric Head Pt. 1 (The Agony) kicked into high-gear I knew I had found something special. I was using my PlayStation to listen to CDs at the time, so I had this hooked up to the Hi-Fi and had started recording everything to tape. Super Charger Heaven followed and I lost my mind in the music. Was that track influenced by Go Nagai’s Devilman? By the time Rob Zombie declared on More Human Than Human, track 8, “I am the Astro-Creep. A demolition style, hell American freak, yeah!” I was already writing down notes, trying to figure out where all the samples came from… What inspired Zombie’s lyrics? Everything from The Curse of Frankenstein to Shaft to Dawn of the Dead was represented on this album. Sean Yseult, Jay Yuenger, and John Tempesta’s groove was infectious. 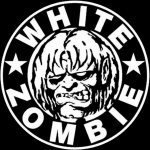 The recording was over. I had written out the cassette label, and I remember attempting to copy some of the album cover art onto the back of the insert; mimicking Zombie and Yseult’s illustrations. I imagine this tape will still be at my parent’s house, sitting alongside a few of the old mixtapes, because as soon as I could afford to, I walked to Music Zone and bought myself Astro-Creep: 2000 and La Sexorcisto on CD.

Fast-forward to Astro-Creep: 2000 Live. Rob Zombie has returned to his songs of love, destruction and other synthetic delusions of the electric head, 21 years later – performing the album in its entirety at Riot Fest. The current line-up of Zombie, John 5, Ginger Fish and Piggy D. insane on the Venomous Rat Regeneration Vendor and The Electric Warlock Acid Witch Satanic Orgy Celebration Dispenser, so it was not a surprise to learn that their unrelentless energy had translated well to this live record; capturing the original psycho-satanic sound of White Zombie. I have never had the opportunity to attend Riot Fest in Chicago, but if I did I would be there in a heartbeat.

In all honesty, Riot Fest wasn’t on my radar until it was announced that The Misfits would headline the event in 2016 – the same year Astro-Creep 2000 Live was recorded. The classic Misfits were back – Glenn Danzig, Jerry Only and Doyle Wolfgang Von Frankenstein – headbanging along to Die, Die My Darling once again. And that leads me to my only criticism of Astro-Creep 2000 Live. The Misfits forced me to take notice of Riot Fest. I wanted to be in Chicago. But Astro-Creep 2000 without Yseult, Yuenger, and Tempesta? “It is not heresy, and I will not recant!”

Astro-Creep: 2000 Live is a time-capsule for the Zombie fans that were in Chicago in 2016, experiencing this electric spookshow. For me, the record transported me back in time to my adolescence – to when I first heard the original Astro-Creep: 2000. Unfortunately, this live record – the entire concept – also feels like a missed opportunity. Rob Zombie performing White Zombie is not fucking White Zombie. Either way, this is still a solid representation of a classic album. Blur the technicolor.