“Everybody who had seen the video, had been subconsciously infected with the virus. They were carriers. And viruses burrowed directly into the genes, the core of life. There was no telling yet what would result from this, how it would change human history – human evolution.” 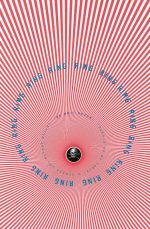 Released in 1991 and set in then-modern day Japan, Ring revolves around Kazuyuki Asakawa, a hardworking journalist who, after the sudden death of his niece, discovers that three other teenagers died simultaneously in Tokyo, under the same chilling circumstances. Each teenager had died of a ‘sudden heart failure’, on the exact same day, at the exact same time, but at different locations. What connected all four teenagers?

Under his own personal investigation, Asakawa discovers that the four teenagers were friends, and had spent the night together in a cabin at South Hakone Pacific Land; a holiday resort situated up towards the mountains. This was the last known location that Asakawa was able to verify all four teenagers were together. It was also exactly seven days before their deaths that they has stayed there. If their deaths were connected, to a virus for example, then that cabin was ground zero. Reluctantly Asakawa arranges to stay one night at South Hakone Pacific Land’s Villa Log Cabin resort.

In the cabin, Asakawa discovers an entry in the guestbook dated Thursday, August 30 – the same date the teenagers spent the night – along with a mysterious unmarked videotape…

“Consider yourself warned: you’d better not see it unless you’ve got the guts. You’ll be sorry you did.”

Watching the videotape, Asakawa witnesses a sequence of both abstract and realistic footage; each scene filmed as it it was from someone’s point-of-view. During one scene, the faint smell of blood emerged, and Asakawa’s hands felt wet. In another, one hundred human faces grew to one thousand, displaying hatred and animosity. All that criticism directed right at him was more than Asakawa could bear. And yet he couldn’t turn away.

As he watched, Asakawa began to find it hard to breathe. Something was stimulating his five senses, beside the sights and sounds that appeared during the videotape’s running time. Then the face of a man appeared. As Asakawa watched, he began to feel hatred towards him, before the edges of the screen turned black; darkness gradually encroaching in a ring on the center of the TV. A message appears before fading away…

Gulping, Asakawa stares at the screen in anticipation, but the scene changes again…to that of a perfectly ordinary, television commercial. “What the hell?”

Unbeknownst to Kazuyuki Asakawa, the videotape he had discovered was born of hatred; Sadako Yamamura’s curse, or more accurately a virus, transmitted through the television. Those who watch the tape will die within seven days, unless they follow the instructions left at the end of the tape. But as Asakawa recently found out, the end of the tape has been re-recorded over. Is this some sort of sick joke? Did the teenagers do this? There is however no doubt in Asakawa’s mind that the warning is true. Now, using his connections as a journalist, Asakawa has just one week to learn how to prevent his own death.

Even though I was familiar with Hideo Nakata’s seminal film adaptation, I was not expecting just how complex Koji Suzuki’s Ring would be. It managed to keep me turning each page, despite my anticipation of the various twists that I remembered from the movie. Nakata’s vision differentiates from Suzuki’s, specifically in the presentation of the videotape; just enough to make Ring essential reading for fans of the 1998 film, and even its 2002 American remake The Ring.

Ring was translated into English by both Robert B. Rohmer and Glynne Walley for Verical, Inc; the latter of the two continuing to translate subsequent novels in the series: Spiral, Loop and the short story collection Birthday. This English language edition was first released in the United States in 2003, before finding its way to British shores one year later; courtesy of HarperCollins. As with any translated novel, there is always the fear that you are not going to fully experience the story as it was originally intended. And without knowing the Japanese language myself, I have no way of making any sort of comparison. What I can say is that Rohmer and Walley have done a great job in keeping Ring engaging. Even with the odd instances of American slang.

Koji Suzuki’s Ring is scarier than its various visual representations, forcing the reader to experience Asakawa’s anxieties as he works against time to discover the secret behind the videotape: the beautiful and mysterious Sadako Yamamura. The novel is also scientific in its approach to the supernatural, referring to the videotape as a fusion of resentment. A virus, rather than a curse. Consider yourself warned: you’d better not read Ring unless you’ve got the guts.