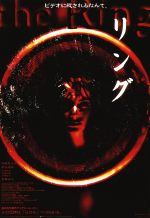 Adapted from Koji Suzuki’s 1991 novel of the same name, Ringu リング, or Ring as it became known in the United Kingdom, is a cultural phenomena. Directed by Hideo Nakata (Dark Water), Ring launched a revival of horror filmmaking in Japan, and influenced American horror cinema at the turn of the 21st century.

No longer was the landscape of contemporary horror dominated by teen slasher movies. In the east, audiences were treated to Takashi Shimizu’s Ju-on: The Grudge (2000), Higuchinsky’s Uzumaki (2000), and Kiyoshi Kurosawa’s Pulse (2001); whereas in the west, Gore Verbinski would remake Nakata’s Ringu as The Ring (2002), and Shimizu would remake his own Ju-on: The Grudge as simply The Grudge. J-horror was spreading like a virus.

Reporter Reiko Asakawa (Nanako Matsushima) investigates the popularity of an urban legend circulating high school teenagers in Tokyo: a cursed videotape that, upon viewing, will cause death within just seven days. It seems so far-fetched but when Asakawa’s niece Tomoko (Yūko Takeuchi) is found dead, her face contorted with fear, Asakawa learns that three other teenagers died simultaneously in Tokyo, on the same night, at the same time. And chillingly, all four were friends… 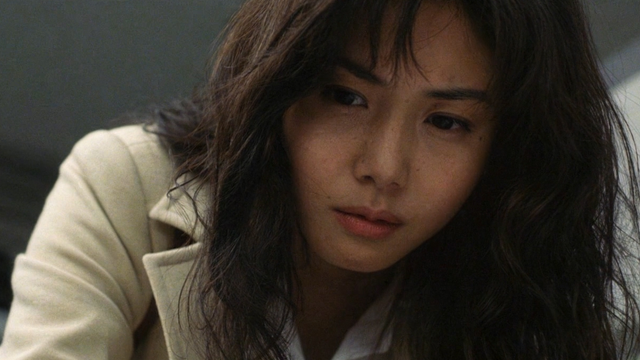 Shortly after Tomoko’s funeral, Asakawa discovers a set of photographs featuring her niece and her four friends together at a holiday resort known as Izu Pacific Land. One photograph in particular leaves Asakawa unsettled. The photograph featuring the four, now dead teenagers standing in front of the cabin; their faces distorted and unrecognisable.

Curiosity gets the better of Asakawa, and it is not long before she finds herself traveling to Izu Pacific Land to stay the night. Upon arriving at the cabin resort, Asakawa checks in at reception and notices an unmarked videotape amongst the available rentals. Perhaps a previous guest left the tape accidentally? 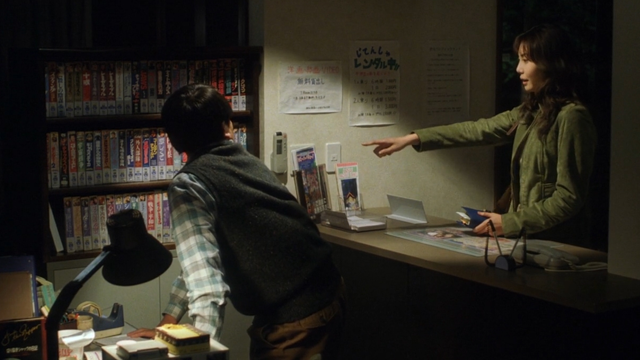 Entering the cabin with the videotape, Asakawa eagerly places it into the VCR and presses play… The television flickers, first displaying static, then transitioning into a series of disturbing imagery. Once the tape is over, Asakawa catches the reflection of something, or rather someone, in the television. Suddenly the telephone rings! Picking up the receiver, she hears the sound of static…

The cursed videotape was real, Reiko Asakawa watched it, and now she has just seven days to prevent her own death!

“This kind of thing… it doesn’t start by one person telling a story. It’s more like everyone’s fear just takes on a life of its own.” 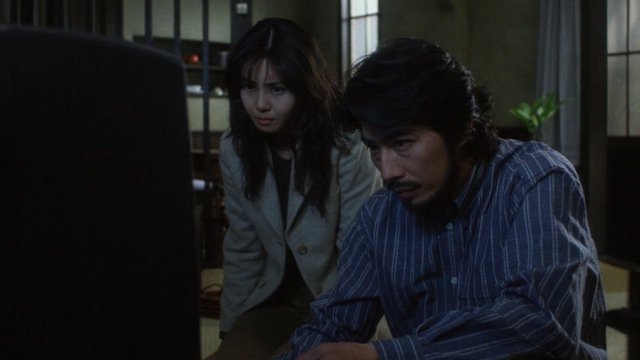 From the moment the Toho vanity card ends, Ringu gets under your skin. Forgoing the science behind the videotape in Koji Suzuki’s original novel, Hideo Nakata and screenwriter Hiroshi Takahashi instead re-imagine Ringu as a curse; one that spreads like a virus, but is not an infection.

The cursed videotape is instead revealed to be the manifestation of an onryō: a vengeful spirit known as Sadako Yamamura, whose hatred causes sudden cardiac arrest in those whom watched the tape. Her presence literally scares her victims to death!

Hiroyuki Sanada also portrays Ryūji Takayama who, alongside his ex-wife Asakawa – portrayed sympathetically by Nanako Matsushima – is determined to solve the mystery surrounding the cursed videotape. Not just to protect the mother of his child, but because he also pressed PLAY ►

In the novel Sadako’s resentment combines itself with a virus, resulting in what would become the videotape. Suzuki’s Ringu is complex; a horror story which delved into the pseudoscience of how the videotape was created. Nakata and Takahashi’s Ringu however ignores a lot of these complexities; instead placing more focus on Sadako as an onryō, resulting in a much more ambiguous movie. A ghost story devoid of gore. And dare I say, a more terrifying experience because of it. 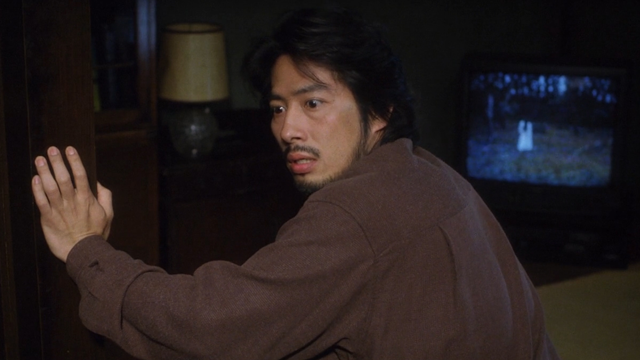 Ringu was originally released in Japan on the 31st January, 1998, the same day as Joji Iida’s Rasen らせん (Spiral), which itself is an adaption of Koji Suzuki’s 1995 novel of the same name; a sequel to Ringu. Both movies share a few cast and crew members, including Hiroyuki Sanada. Sanada was a frequent collaborator with Sonny Chiba in the 1970s and early 1980s; notably starring in Shogun’s Samurai (1978), Message from Space (1978) and Samurai Reincarnation (1981), so his appearance here is most welcome.

To say Koji Suzuki, Hideo Nakata, and the Ringu phenomena have left a indelible mark on the horror genre is an understatement. Ringu has also undeniably infected popular culture. And for good reason: Nakata’s Ringu is thoroughly unsettling. Retaining the mystery of Suzuki’s novel, Nakata injects an overbearing sense of dread to the technophobic celluloid; soaked in a somber blue, low-lit aesthetic, and complimented by an eerie score, composed by Kenji Kawai (Devilman: The Birth, Ghost in the Shell).

For the VHS tape itself – a now infamous collection of strange, surrealistic imaginary that has been replicated ad infinitum – Nakata took his cues from David Cronenberg’s Videodrome (1983) and the work of David Lynch. It’s suffocating to watch, but your curiosity is equally suffocating. Like Reiko Asakawa, you know the story. You know what could happen in seven days. Watch Ringu now, if you dare…