Fractured Visions Film Festival – a celebration of all things horror – is headed up by filmmaker Phil Escott (Cruel Summer) and genre academic Dr. Mikel J. Koven (La Dolce Morte). The festival was designed to help spotlight both emerging talent within the horror genre and those who have helped build it. Over two days, Fractured Visions will be showing eight new feature films and two classics along with ten new short films. Its goal is to source the best in today’s independent horror cinema. The festival will be offering awards in a number of categories, and the line-up of judges includes filmmakers, distributors and sales agents. The winning filmmakers will then be provided with an offer of world sales representation and UK distribution.

“The main goal of the festival is to help filmmakers avoid the sharks that are circling the UK film industry. Having been through it myself and having experienced both the good and the bad that the industry offers new filmmakers, we’re trying to help as many filmmakers as we can avoid the pitfalls that await many newcomers to the industry – especially within the horror genre. We also want to bring the best of the genre to the big screen for fans to experience films that would otherwise be destined for DVD shelves or VOD release because they have not been backed by a studio.”
– Phil Escottt, Fractured Visions Co-Festival Director 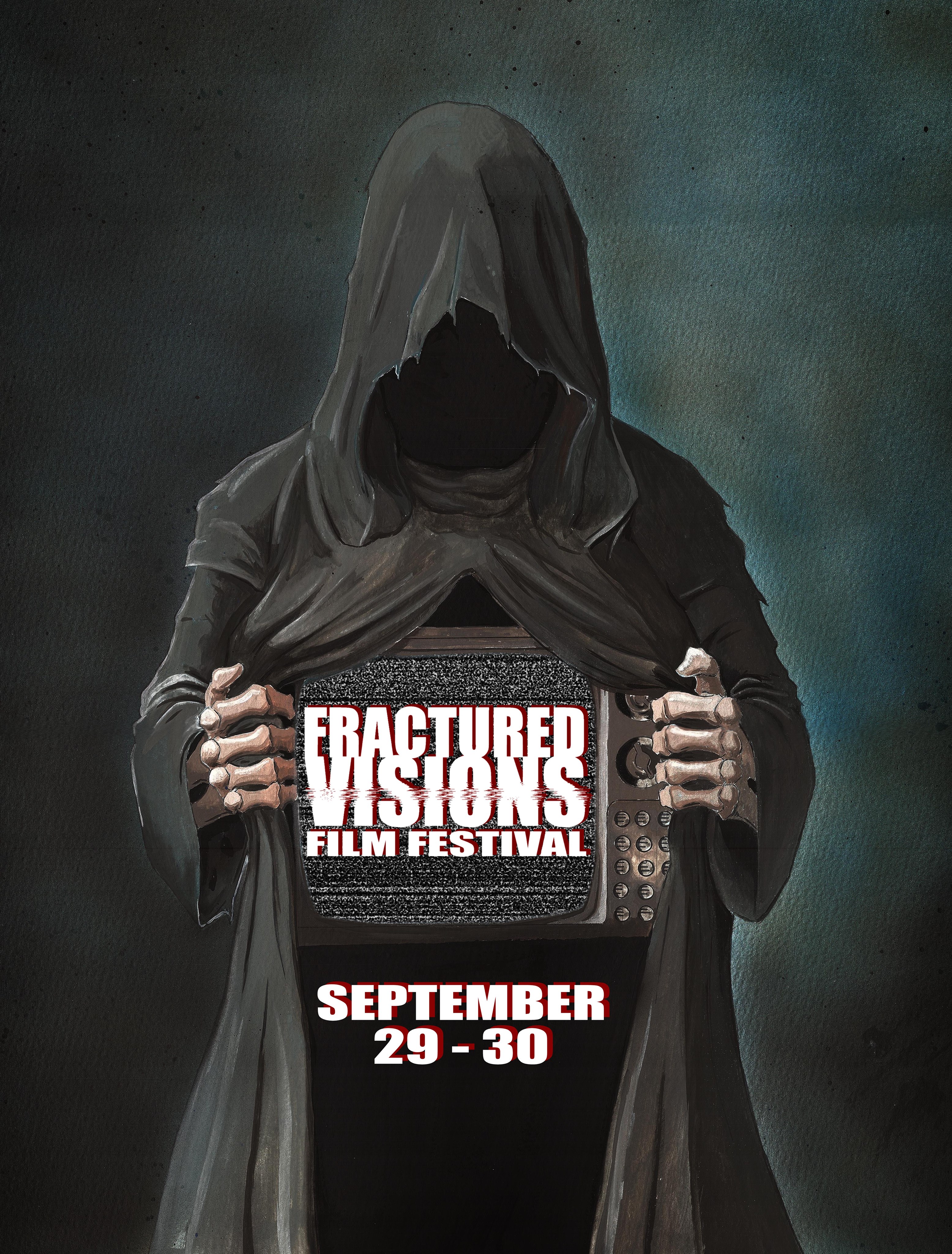 The official Fractured Visions Film Festival poster above is a hand-drawn EC Comics homage that harks back to the golden age of horror and comic imagery. To bring this to life, the festival commissioned artist Martin Walker. Walker, grew up on a steady diet of Hammer Horror classics and 80s juggernauts like The Lost Boys, Friday the 13th and Creepshow, all of which helped to firmly cement his love of the horror genre at a young age. His favourite comics are Alan Moore’s Swamp Thing, The Ultimates and Batman. He defines his style of painting as, “never quite as good as envisioned.”

Submissions are open now until the 31st July. If you’ve created a gut-crunching feature, a throat-ripping short or an eye-opening documentary that will set the horror world on fire – Fractured Visions want to see it. Submissions are accepted directly via www.fracvis.co.uk or through our partner Film Freeway. The festival will be taking place at the Tramshed Cinema, where everyone will be welcome to kick back, grab a beer and enjoy the films in luxury, thanks to the Tramshed’s beautiful seating.