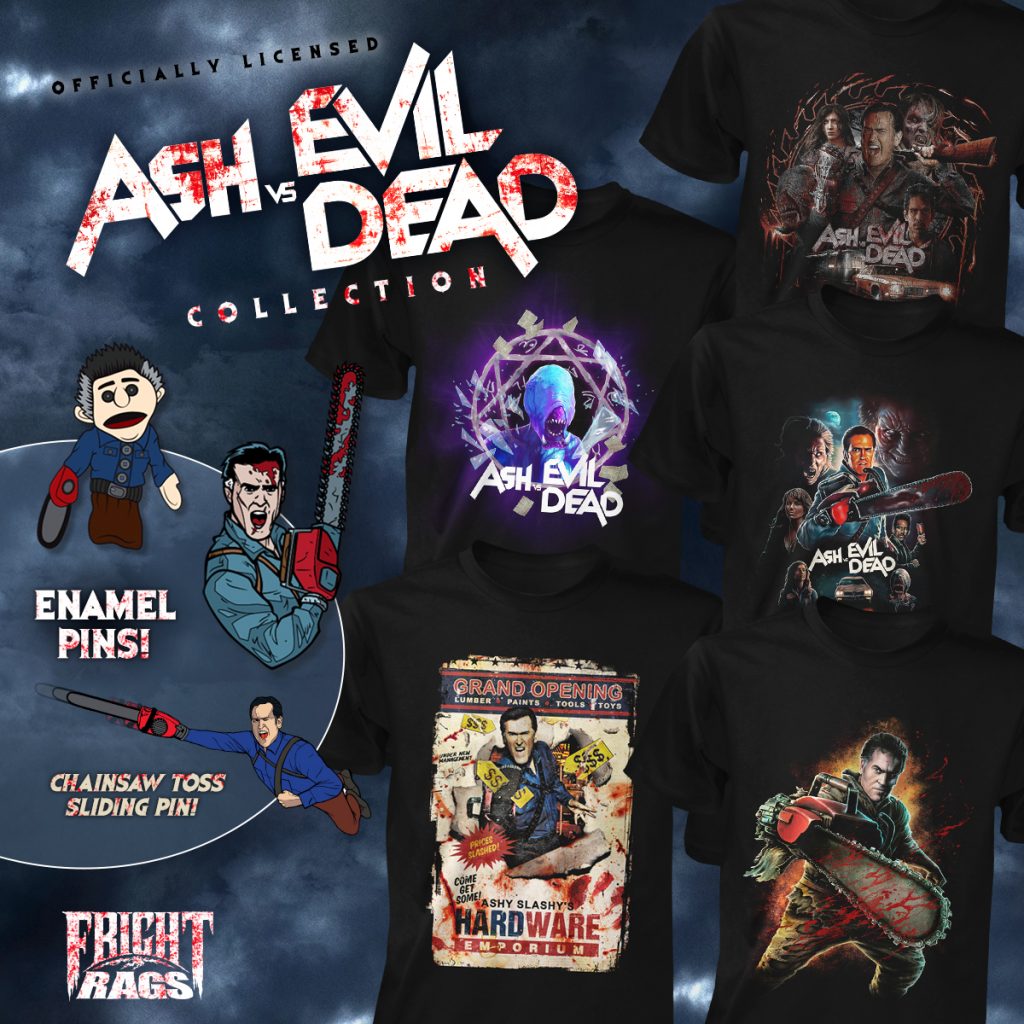 “You know you could, uh, take off your gun… Put it over there with your chainsaw limb.” 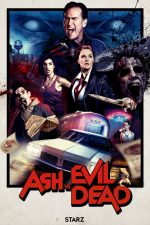 With the third and final blood-splattered season, Ash vs Evil Dead has closed the book of the dead on Ash Williams and his fight against the deadites! While it’s sad to see the show come to an end – Bruce Campbell leaving his iconic boomstick and chainsaw behind – The Evil Dead lives on with Fright-Rags’ Ash vs Evil Dead collection.

Fright-Rags laments the recent finale of Ash vs Evil Dead with a collection of merchandise dedicated to the Starz series. This first batch in a planned series of Ash vs Evil Dead apparel includes five t-shirts and three enamel pins featuring Ash, Kelly, Pablo, and the deadites.

Fright-Rags have also released a Creepshow 2 collection featuring five t-shirts and four enamel pins. All three of the horror anthology’s segments – Old Chief Wooden Head, The Raft, and The Hitchhiker – are represented. And nobody’s gonna put you in a balloon again if you’re wearing one of four Killer Klowns from Outer Space t-shirts. Three ringer tees in custom colors have also been made exclusively for Fright-Rags.

Come get some Ash vs Evil Dead, Creepshow 2 and Killer Klowns from Outer Space apparel now at Fright-Rags.com; but beware… Quantities are limited! 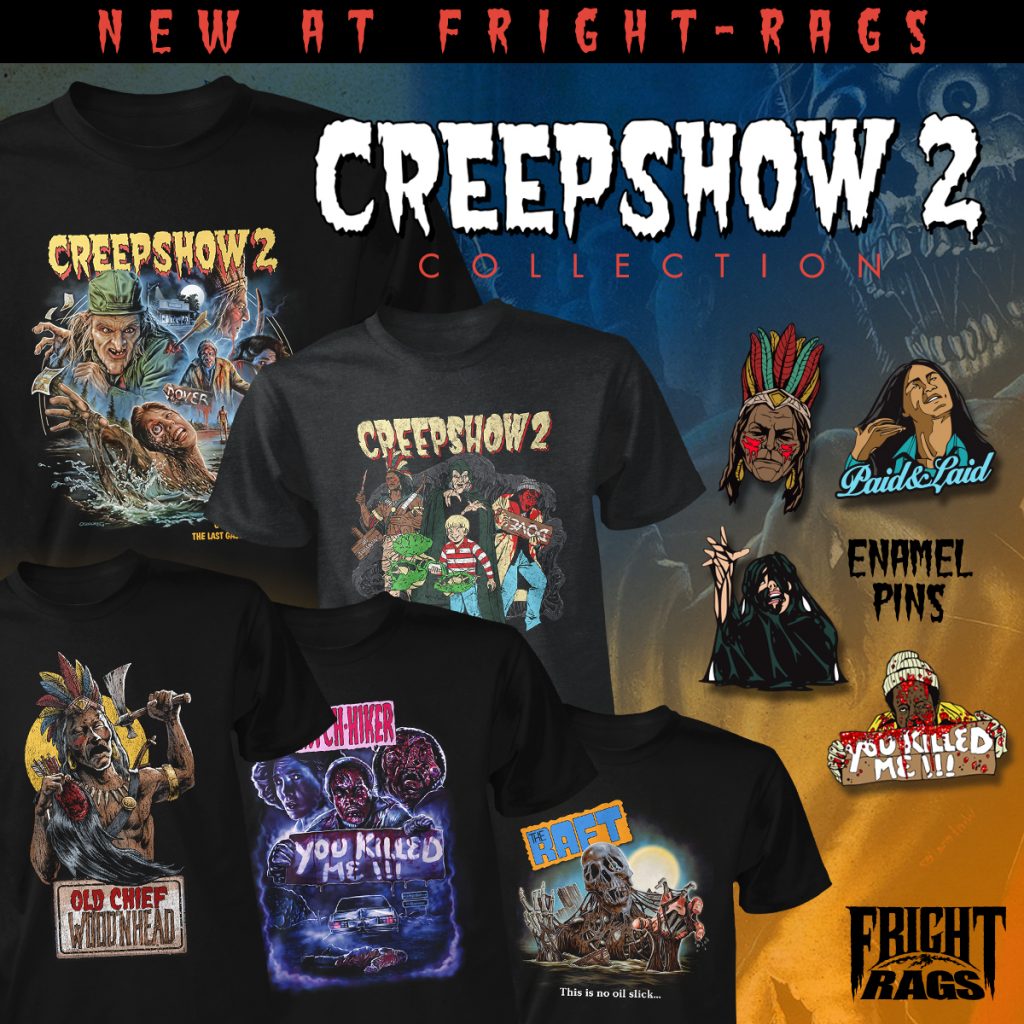 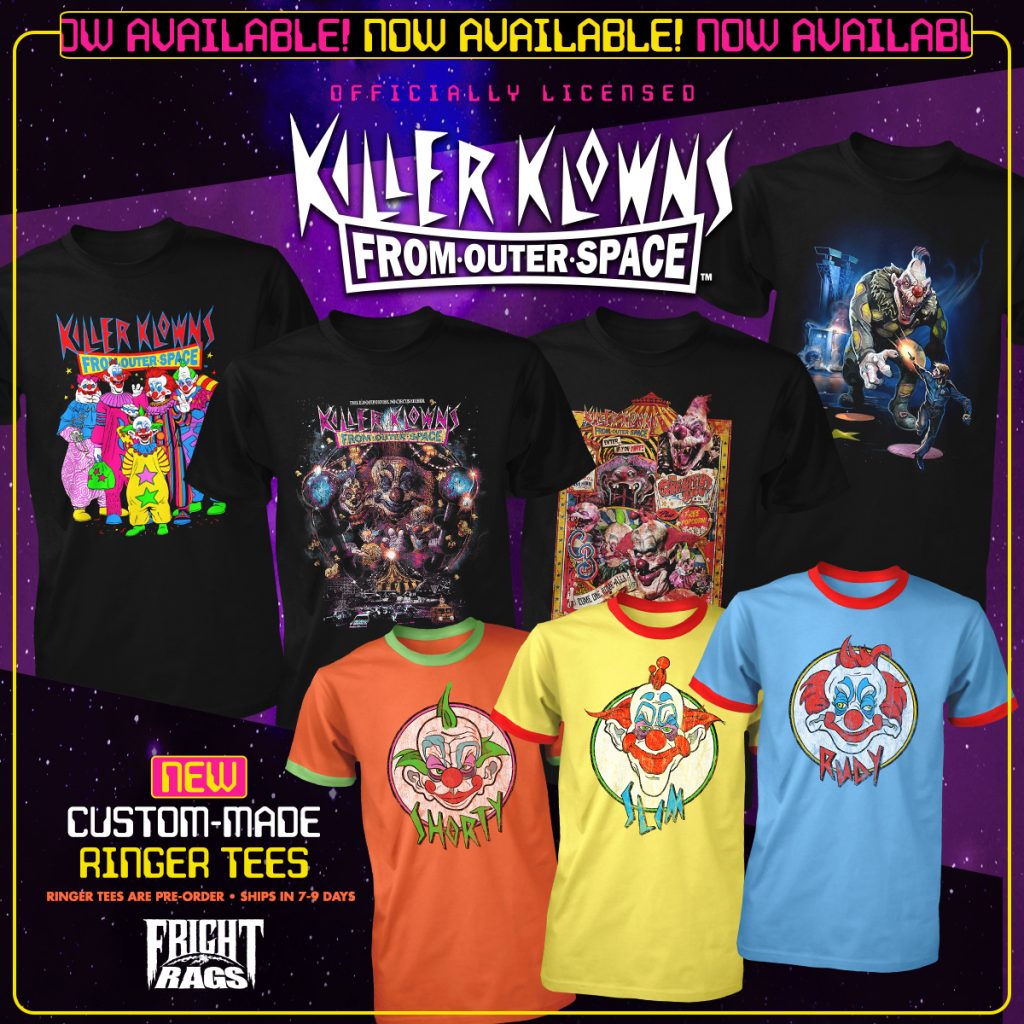