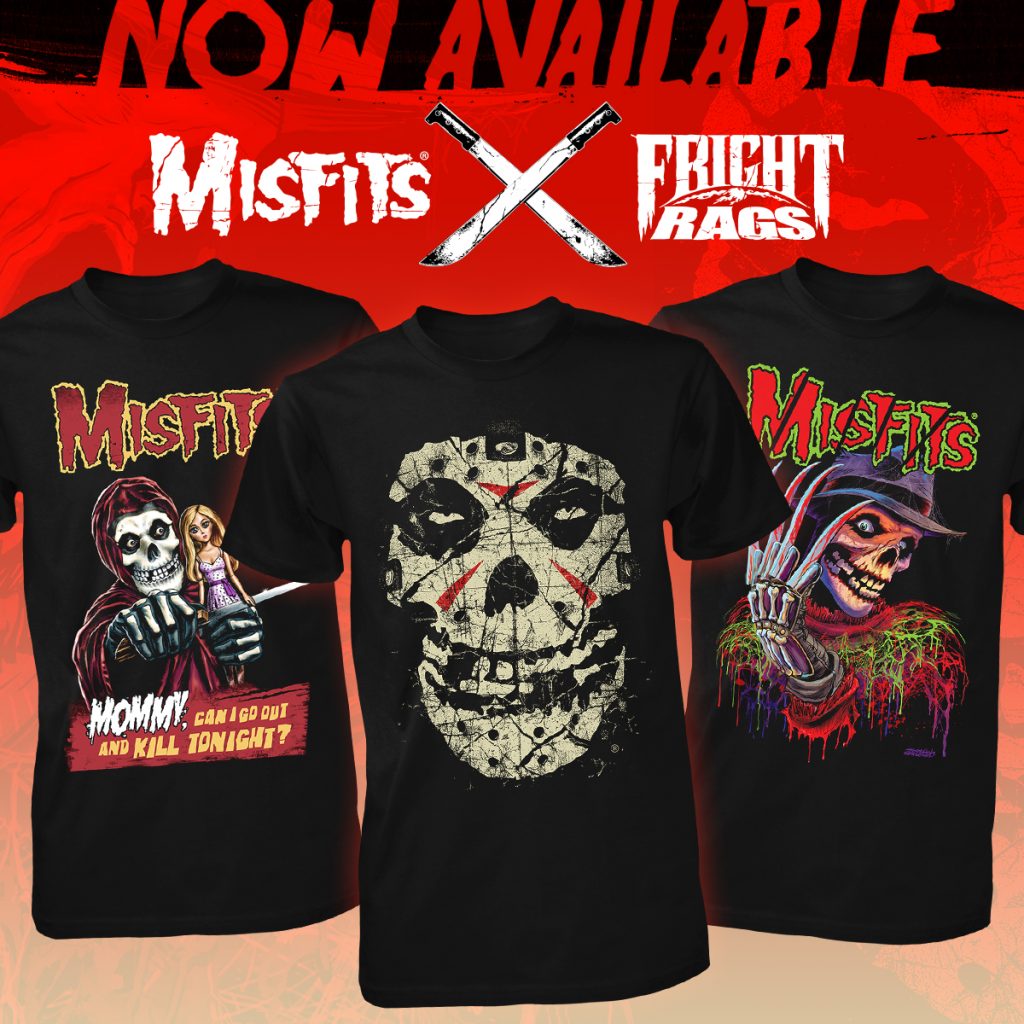 Fright-Rags has once again joined forces with punk legends The Misfits for three t-shirts: “Fiend from Crystal Lake” crosses the band’s iconic fiend skull logo with Jason Voorhees’ signature hockey mask; “American Nightmare” gives Freddy Krueger a Misfits-style makeover; and “Mommy Can I Go Out and Kill Tonight?” puts a horror poster spin on the band’s classic song of the same name.

Fright-Rags has also launched a collection of apparel for Frank Henenlotter’s 1982 cult classic, Basket Case. It includes three new t-shirt designs, the classic poster art on both t-shirts and baseball tees, and an enamel pin with slide action to reveal what’s in the basket: the monstrous Belial.

Finally, Fright-Rags has expanded its Masters of Horror collection with new Alfred Hitchcock and Lon Chaney apparel. The Hitchcock t-shirt is dedicated to his influential Alfred Hitchcock Presents anthology series, while Chaney is featured on a t-shirt and a pair of socks in his iconic Phantom of the Opera makeup.

The Misfits, Basket Case and Masters of Horror collections are on sale now at Fright-Rags.com. “Through a faceless hockey mask, the demons eyes they stare!” 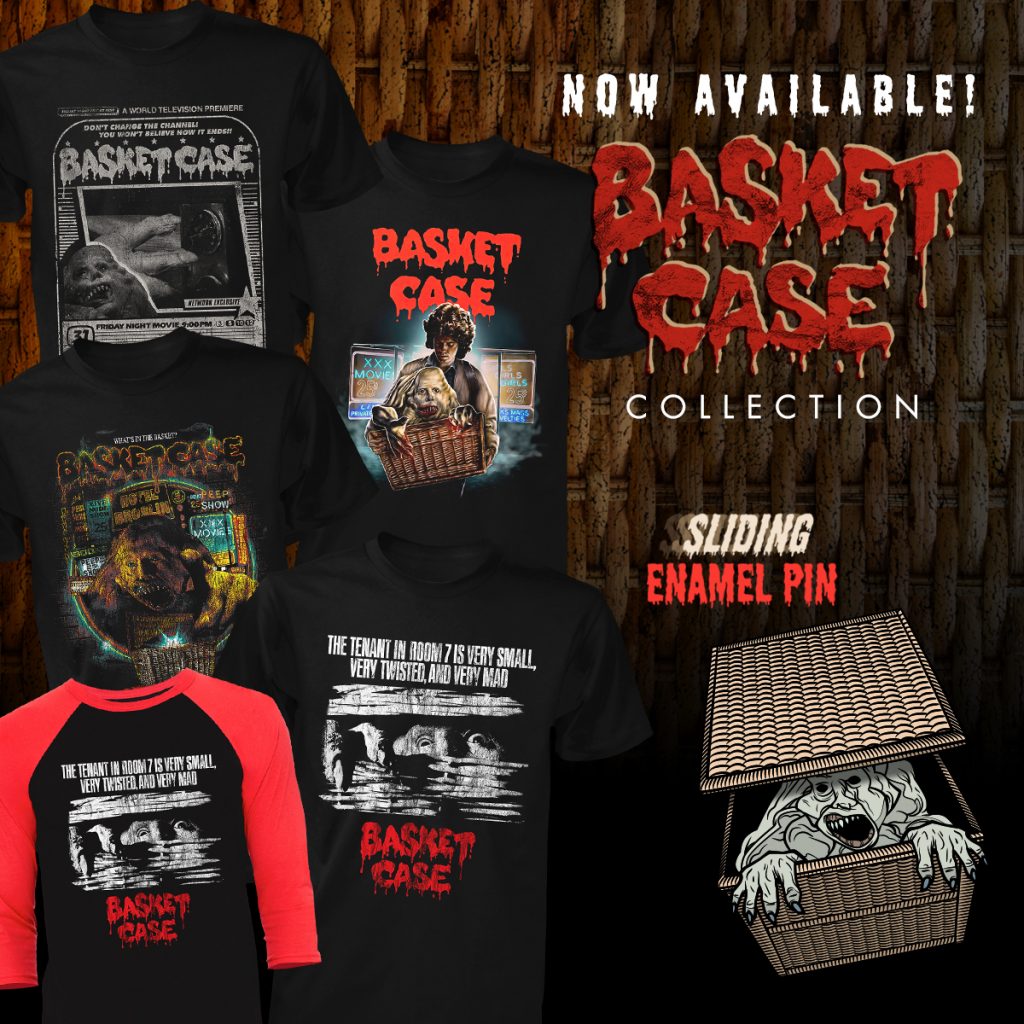 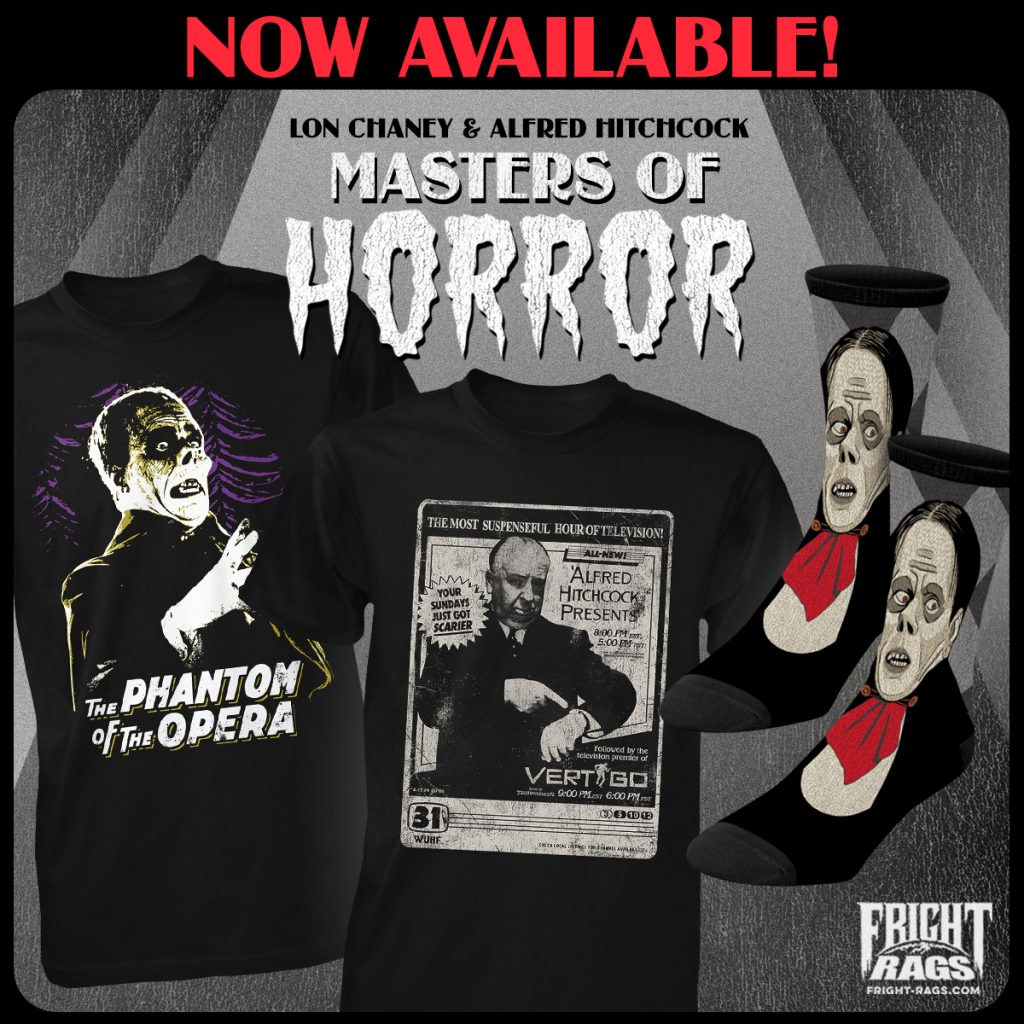