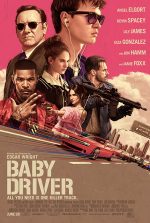 It’s becoming easy to recognise a film by Edgar Wright – there are trademark aspects: a sense of wit, sharp editing, and a rousing soundtrack. Baby Driver, Wright’s first-ever solo screenplay, offers a premise that is a cinematic convention, but told in a wholly energising and original way.

The action-movie potential of the virtuoso driver is hardly a new concept. It’s a proposition that has had its twists and turns, from Walter Hill’s The Driver (Hill gets a tiny cameo in the movie), The French Connection, Bullitt and Ronin right through to Ryan Gosling’s nameless specialist in Refn’s Drive.

Wright pays due homage to his predecessors, and in the opening scene of Baby Driver he provides us with an outrageous action sequence which shows he has learned a few lessons along the way. It’s dazzlingly kinetic and exhilarating – a masterclass in how to grab the audience’s attention.

Baby-faced getaway driver, ‘Baby’ (Ansel Elgort) all but defies the laws of physics as he circumvents police pursuit after a heist. His getaway technique is spurred on and timed according to the tracks on his iPod. 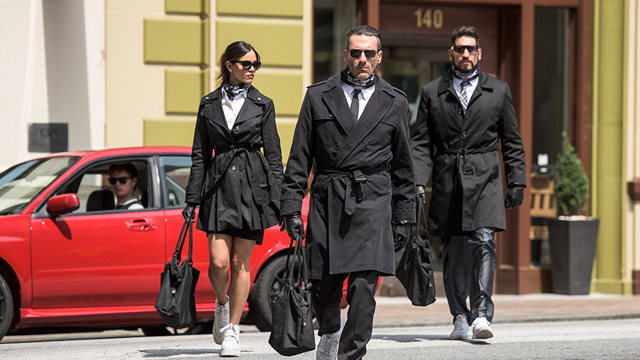 Wright refers to Baby Driver as “a car film driven by music,” and this is one of the elements that sets this movie apart from other such films. This is like the La La Land of choreographed car chases or ‘Car Car Land’ as it’s been called. Wright has previously built particular scenes around songs, but, like its main protagonist, almost the entirety of Baby Driver is driven by the beat of a specifically chosen soundtrack.

Wright’s choice of songs is channelled through Baby’s iPod earbuds, which are almost permanently in his ears (he has different playlists on various iPods). His bank-robbing cohorts (Jon Hamm, Jamie Foxx, Eliza Gonzalez) ask questions, but it’s revealed that Baby has Tinnitus as a result of a traumatic car crash in childhood (killing his parents). To alleviate ‘hum in his drum’ he distracts himself with music. 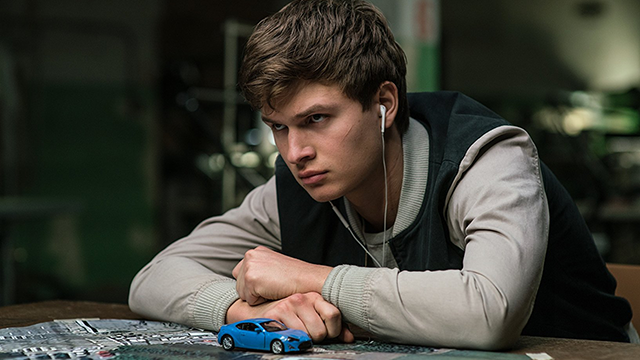 Baby also knows how to lip-read and sign, as he lives with his deaf foster-father (CJ Jones) of whom he is deeply fond. At times he is a getaway driver on call for a powerful crime kingpin named Doc (Kevin Spacey), but as we begin to learn of the day to day aspects of Baby’s life we find that he is good-hearted kid whose personal passions include being a beat-maker (like a white J-Dilla) recording music incorporating random conversational phrases he has taped, and a waitress named Deborah (Lily James).

Deborah and Baby hit it off immediately he overhears her singing an old Carla Lewis song from the 1960s, ‘B.A.B.Y. OH BABY’. The pair fall for each other and their conversations become peppered with romantic notions. A couple of loners, they dream of driving away together: 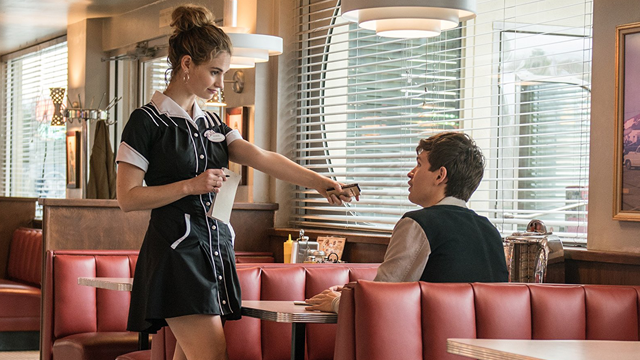 Baby begins counting on that day, as he is close to paying off a debt he owes to Doc. When that is done, he is out of the crime business for good. But life is never quite that simple.

Great action scenes have always had much in common with dance choreography. In Baby Driver the music and the action are painstakingly synchronized, thus Wright brought in choreographer Ryan Heffington (known for his work with Sia), to collaborate with John Wick stunt coordinator Darrin Prescott to create a unique physical style for his movie. The pay-off is that the end result feels surprisingly smooth and effortless.

Wright wisely exercises restraint with the visuals and relies on an eclectic music mix, cleverly avoiding anything that’s too current, including the technology, so that the movie doesn’t feel stuck in any particular time period. It’s easy to get swept up in admiration for the meticulous planning and attention to detail. The story is romantic, unconcerned with realism, influenced by the classic car-chase movies, but it can’t be said to be formulaic. 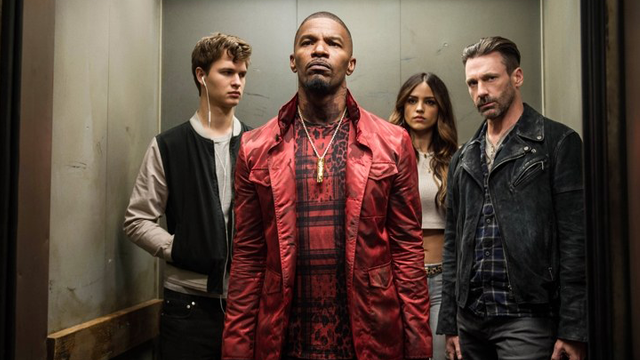 Wright’s entire male cast deserves credit for their character work. Kevin Spacey as the eccentric crime boss, and Jon Hamm as a lovelorn robber, both end up having character traits that surprise us – essential in any script if we are to remain engaged.

Speaking as a female who enjoyed the film immensely, I have one quibble – it is inevitably with the female roles, which are grindingly conventional, utterly basic male-fantasies – the dark, sexy, gun-toting bad girl, and the blonde, wholesome, adoring girlfriend. The bad-girl gets her comeuppance, and the faithful girlfriend gets her man etc…no surprises to be had there. Unlike the males, their roles are paper-thin, (although if there was an award for simpering, striking poses and smiling, Lily James would be a strong contender).

Primarily an extraordinarily adept visual storyteller, Wright keeps the proceedings bouncing along colourfully, noisily and speedily from one crisis to the next. Baby Driver is, in essence, a thrilling and original cinematic joyride that pays homage to heist masterpieces and reaffirms Edgar Wright’s standing as one of the most entertaining and inventive British filmmakers operating today. 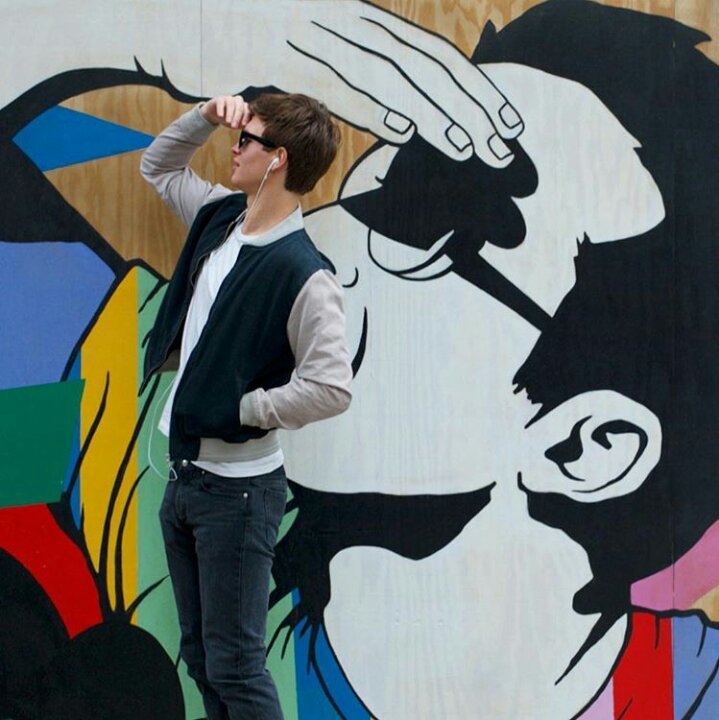