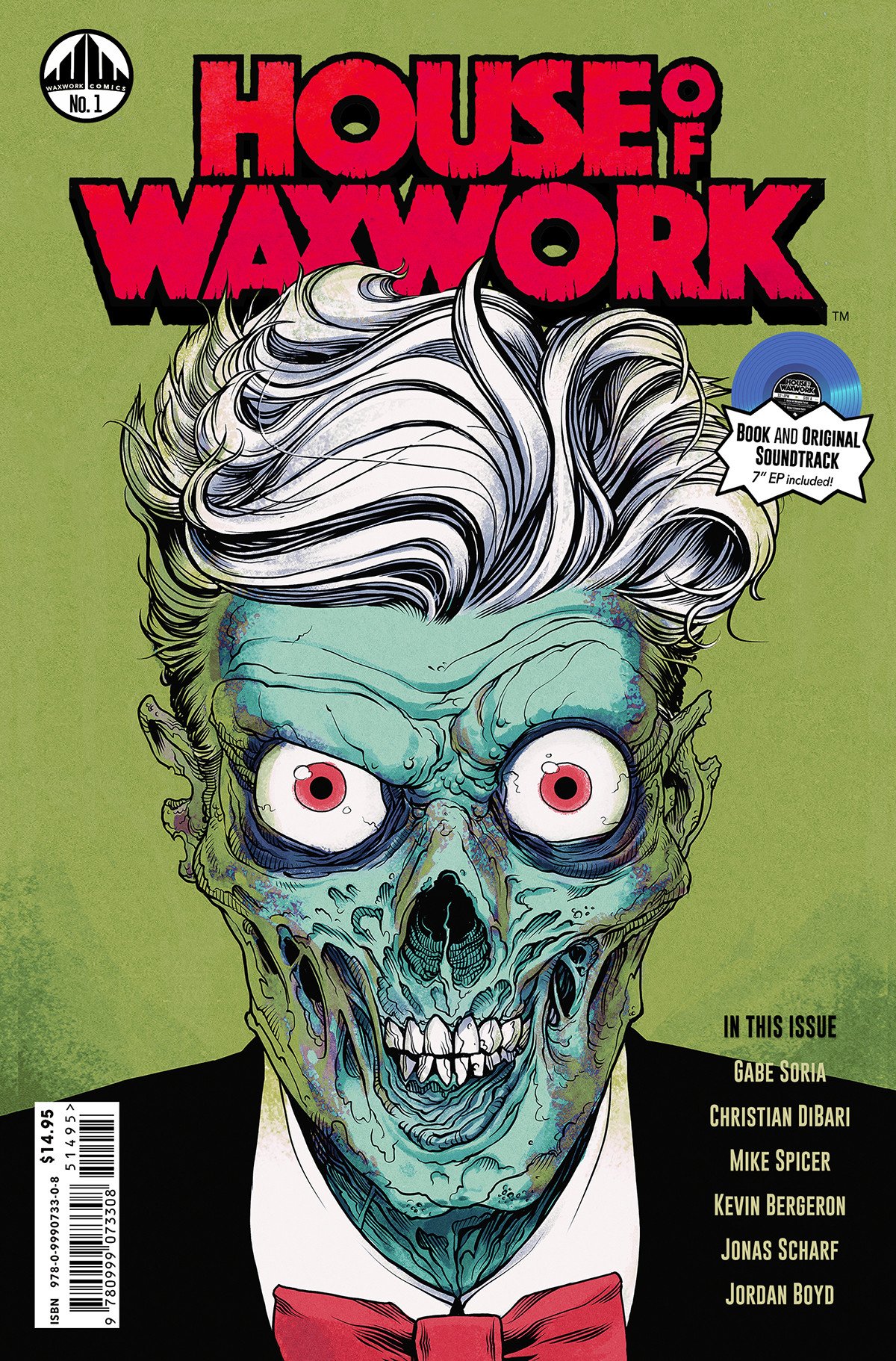 Last year Waxwork Comics released their debut comic book series, House of Waxwork. Featuring content from contemporary writers, illustrators, and composers, House of Waxwork is a rousing horror-anthology series packed with macabre tales of ghouls, ghosts, witchcraft, the occult, the living dead, and revenge! Readers will meet original and inventive characters such as ‘The Die-Rector’ and ‘The De-Composer’, and will be fully immersed in the terrifying, original soundtrack music featured on the companion 7” colored vinyl that comes with each issue.

In the debut release of House of Waxwork, readers will be discover what happens to an unsuspecting vacationing family when a cursed board game thrusts them into an actual fight for survival in Occult Slumber Party, penned by Gabe Soria (Batman ’66) and with music by Douglas Pipes (Krampus, Trick ‘r Treat). Whilst in Lighthouse Keeper will blur the lines between reality, the supernatural, and vengeance, culminating with a horrific twist. Written by Kevin Bergeron, with music by Creeper.

“House of Waxwork provides the throwback pleasures to a time when horror reveled in the grotesqueries of the dime store pulps, and your imagination did the rest. Just don’t feed these books and records after midnight.” – The A.V. Club

House of Waxwork Issue #1 is on sale now at waxworkrecords.com; in stock and ready to ship. 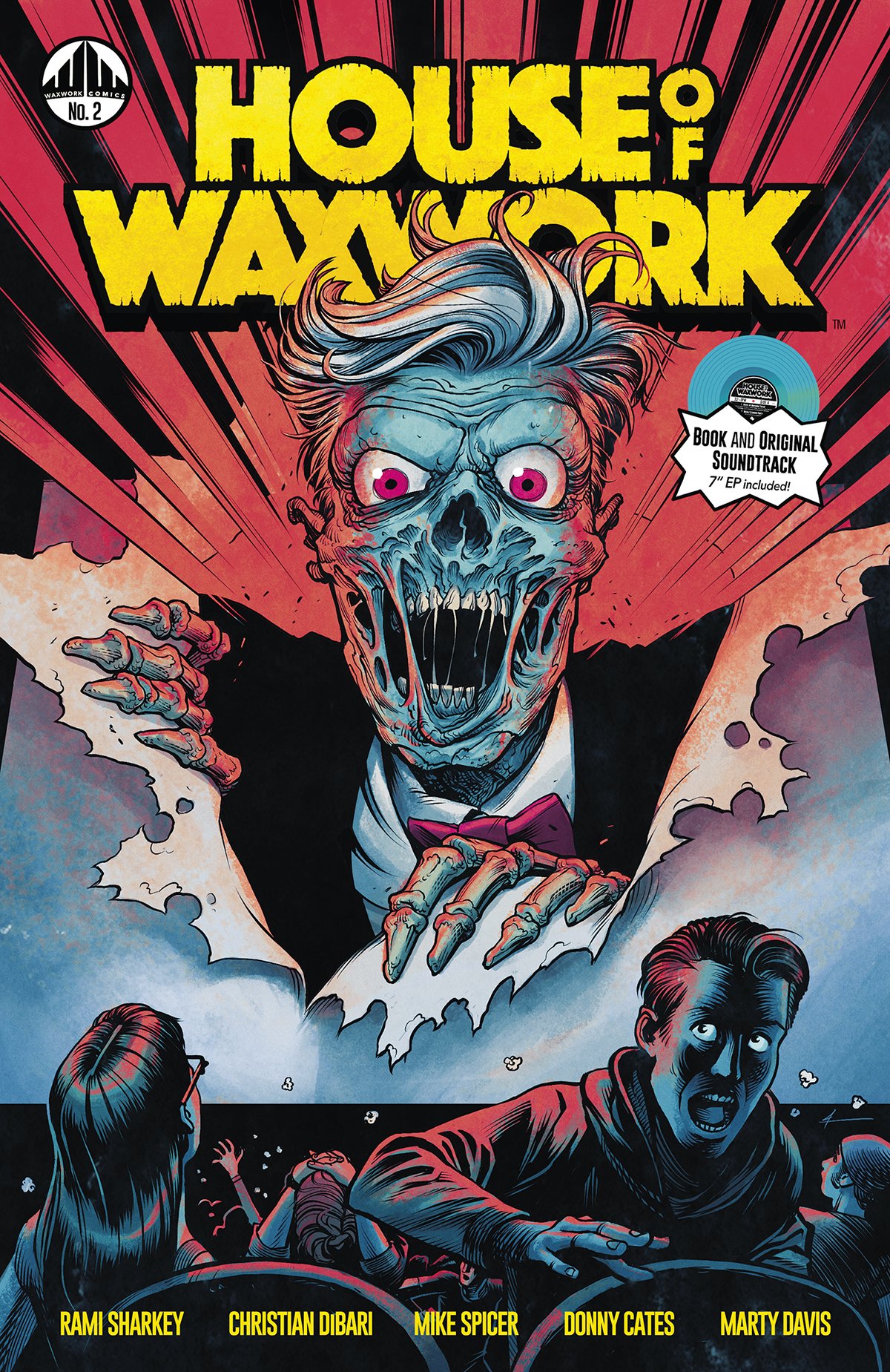 Now Waxwork Comics has released the the highly anticipated second issue of House of Waxwork. Featuring more original content, readers will travel back in time to a 1940’s traveling carnival where the oddities and curiosities discovered there are of no comparison to the insatiable hunger of the hidden creature known as the Nowhere Wolf. Penned by Donny Cates (Doctor Strange, God Country) and featuring music by Sean Yseult (White Zombie).

Whereas in the Time Capsule readers are thrust into a full scale zombie apocalypse. When a nerve agent is suddenly released during a ceremonious town gathering, all hell breaks loose, leaving only two lucky souls unaffected by the noxious and deadly gas. A fireman and the local gun shop owner’s daughter. Can they survive the night, and possibly even reverse the horrific effects of the nerve gas that has turned their neighbors and loved ones into blood thirsty, undead ghouls? Penned by Rami Sharkey and featuring music by Douglas Pipes (Trick ‘r Treat, Krampus).

House of Waxwork Issue #2 is on sale now at waxworkrecords.com; in stock and ready to ship.