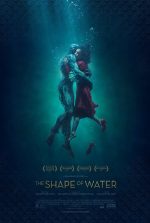 Gaining accolades at film festivals around the world, The Shape of Water, Guillermo Del Toro’s latest feature, is part tribute, part pastiche, of the post-war monster movie. In his recent talk at the London Film Festival, Mr. del Toro affirmed:

“Monsters are evangelical creatures for me. When I was a kid, monsters made me feel that I could fit somewhere, even if it was…an imaginary place where the grotesque and the abnormal were celebrated and accepted.”

When seeing the 50s B movie the Creature from the Black Lagoon as a child, Mr. del Toro confessed to feeing disappointed that Julie Adams and the Creature didn’t “get together at the end”. The Shape of Water therefore, is partly his way of “correcting that cinematic mistake.” In his most unashamedly romantic film so far, correct it he does, in his own magical way. 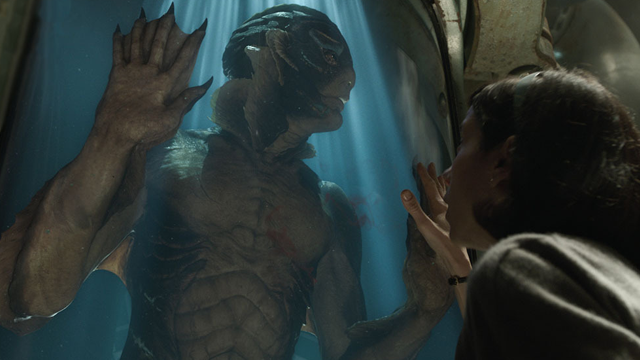 The Shape of Water is set in Baltimore in 1962, at the height of the Cold War. The heroine, Elisa Esposito (sensitively portrayed by Sally Hawkins), is a mute cleaner in a top-secret underground facility involved in shady experiments and research. One morning a metal tank is wheeled into the basement. It contains an extraordinary amphibian, named ‘the Asset,’ (played by del Toro regular, Doug Jones) recently fished from a South American river.

‘The Asset’ has been caught and imprisoned by a zealous agent named Strickland (Michael Shannon), who declares that the creature is an affront to God, “not made in His image.” Strickland is also rather too fond of brandishing an electrified cattle prod, which he calls his ‘Alabama how-dee-doo’.

To underline his bigotry, background TV screens show actual footage of southern policemen beating black civil-rights protesters. ‘The Asset’ is considered a dangerous outsider, biting off Strickland’s fingers when he gets a little too close with his cattle prod. 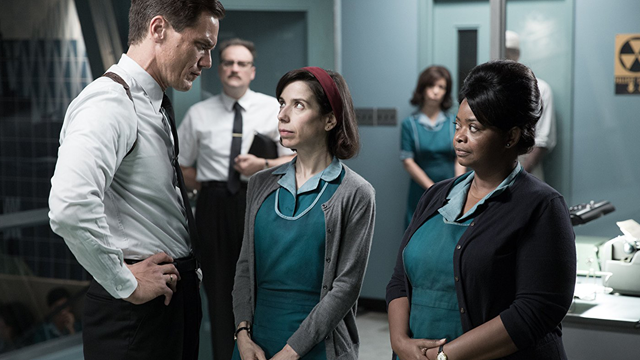 Elisa is a self-effacing and gentle young woman. She lives above a movie theatre and spends her days watching films, eating pies with her friend Giles (Richard Jenkins) and pleasuring herself in her morning bath.

Giles is a sweet, gay, middle-aged advertising artist, pining after a young pie-shop waiter and mourning his wasted youth. He is struggling to revive his career after suspicions regarding his sexuality made him a pariah at his firm. At work at night Elisa finds companionship with her loyal and chatty co-worker, Zelda (Octavia Spencer).

Elisa feels a strange affinity with the newly arrived amphibian – she herself was a foundling, who was then adopted and mistreated (scars on her neck indicate that her vocal cords may have been cut). Apparently, at some point in her past she drowned and was resuscitated.

Despite the risk, she begins to steal downstairs whenever she has time to spare, placing hard-boiled eggs on the rim of the tank in the hope of befriending the creature. Before long, they are eating lunch together, communicating in rudimentary sign language and listening to records on Elisa’s gramophone. 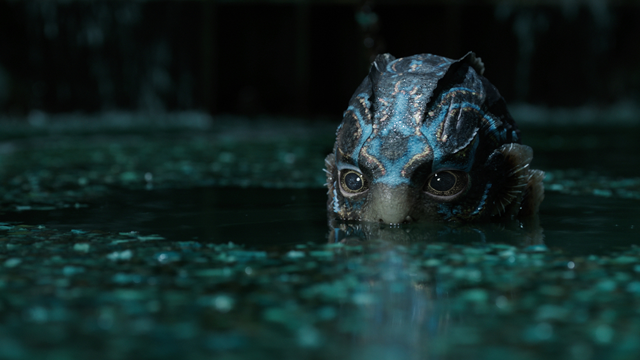 The clandestine meetings can’t last. Strickland prowls the corridors, swinging his cattle prod, frustrated at his lack of success in extracting useful information from his ‘Asset’. According to his superior, a callous five-star general, the next step is to kill and dissect the amphibian man to get the required answers for their military applications.

‘The Asset’ is being studied in the lab by Dr. Hoffstetler (Michael Stuhlbarg), who also happens to be a spy for the Soviets. Hoffstetler however, sees the ‘humanity’ in the amphibian and is loath to comply with his taskmasters’ insistence that he kills the creature before the Americans get the chance to use him.

Overhearing Strickland’s intentions, Elisa embarks on a fraught rescue mission, supported, to her surprise, by Hoffstetler, and she persuades her nervous friend Giles to join her in the scheme. They are discovered by her colleague Zelda, who is too kind-hearted to give her friend up to the authorities. 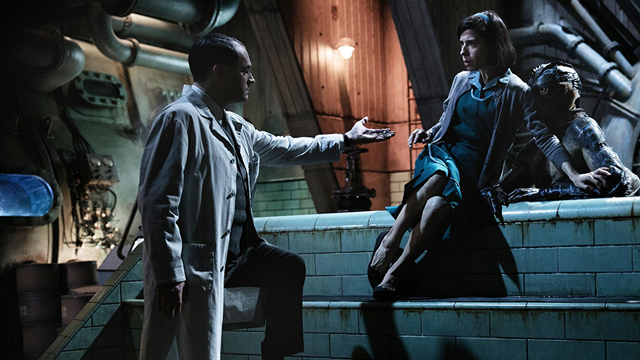 So now, we have a ‘disadvantaged’ mute woman, a black woman, a gay man, and an ‘foreigner’ thwarting the plans of a powerful, white, god-fearing patriot, who buys a Cadillac because it represents superior wealth and status and loudly espouses the values of conservative America and the nuclear family, but is deeply hypocritical about his own aberrant and abusive behaviour.

As del Toro has often indicated – truths are revealed through parable, and all stories are political.

Del Toro has always been a strong visual stylist who uses colours and elaborate sets and costumes on the screen to reinforce a subliminal mood and message. In The Shape of Water the colours take on distinctly aqueous tones, and the details of his scenes and settings convey both the beautiful, the lush and the grotesque.

Many of del Toro’s cinematic influences have been distilled and reassembled in this fairy tale for adults, with echoes of the Creature from the Black Lagoon, Cocteau’s Beauty and the Beast, The Hunchback of Notre Dame and even science-fictions such as E.T. But it also features a backdrop of classic movie musicals, which partly give the film its tone and structure and endow The Shape of Water with a mood of melancholy nostalgia. 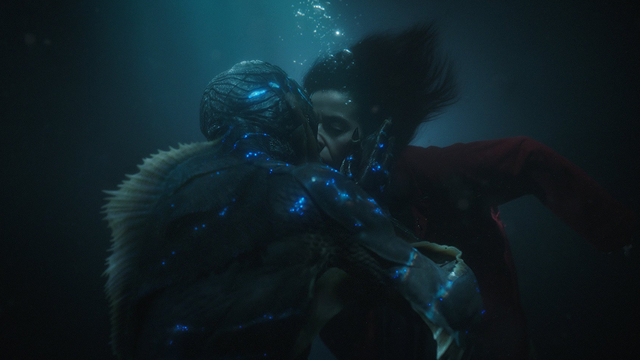 Shannon, Jenkins, Spencer and Stuhlbarg all give strong performances, but it is the luminous and enthralling Sally Hawkins who carries the film, alongside the ever-graceful Doug Jones. They succeed in communicating their devotion and sadness without words.

The Shape of Water may be a surprise to some viewers, it was to me – it is warmer and softer than del Toro’s other films and not how most of us expect a ‘monster movie’ and ‘cold war thriller’ to unfold.

As Elisa and Giles watch old musicals and listen to old songs, we to are encouraged to embrace that era of innocence, sentimentality, and romance. Instead of gruesome monsters or ghosts flitting through crumbling mansions, it is a lost cinematic age of impossible romance and glamour that haunts Guillermo del Toro’s latest film.