“We love you more than anything in the world, but sometimes… we…just…want…to……KILL YOU!” 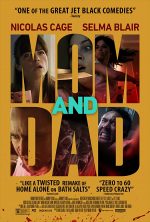 Mom and Dad ends on that sentiment from exasperated father Brent Ryan (Nicolas Cage), leaving the audience to fill in the missing last words. By the end of the film, what those words might be will be obvious.

Mom and Dad is the new feature written and directed by Brian Taylor (Crank, Crank: High Voltage). It proves to be a kinetic, pitch-black horror-comedy – a gleefully wicked story propelled by some crazed characters.

Carly is becoming a nightmare teen – constantly glued to her phone, lashing out spitefully at her parents, stealing money from her mother’s purse and sneaking out to meet with her boyfriend Damon (Robert T. Cunningham), who is a year older — and black. 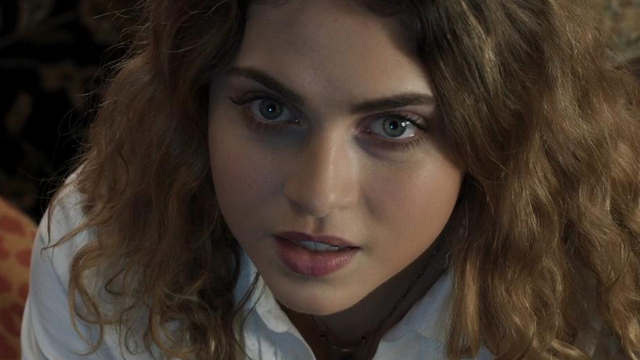 The Ryans have a ‘nice’ house and a ‘nice’ life, but tension, resentment and regret bubble dangerously close to the surface. Kendall, who sacrificed a good job to stay at home and be a mom, is told by her former boss that she has missed the boat when it comes to re-entering her career, so she spends her days drifting aimlessly to gym classes and having coffee with the other frustrated moms.

Trying to reconnect with daughter, Kendall is deeply hurt as Carly snaps angrily at her that it’s not HER fault that her mom has ‘no life’ – showing the common self-centeredness of teens who assume their parents had no satisfying previous existence. 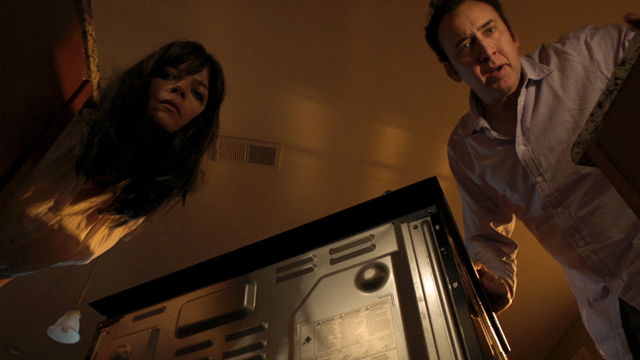 As their kids have grown older, Brent and Kendall have come to realise that parenthood was not what they expected it to be. Having a family seemed like an inevitable development in their lives, but as time goes on, along with most parents, they begin to wonder where their own identities have gone, and whether things could have been different…if only…

Parents occasionally get exasperated and angry with their kids, who know just how to push those buttons in their moms and dads. This is not an unusual situation when individuals live closely together and share emotional ties. However, families repress their worst feelings and parents can control their temper. The overriding instinct of all parents is to protect their children from harm, no matter what.

But – what if some outside influence suddenly reversed those conflicting emotions? What if some unexplained phenomenon – a virus, chemical warfare, subliminal messages or whatever — suddenly broke down that self-control and caused all those placid moms and dads to give way to an insane desire to ‘dispose of’ their children? 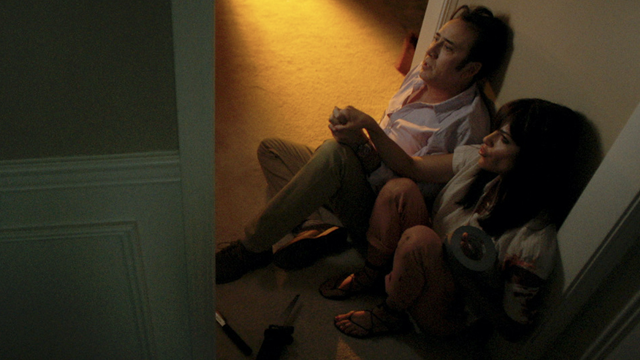 Once you get past that shocking premise, it’s a pretty interesting idea for a horror movie, albeit one mixed with a certain sense of absurdity.

The first sign of strangeness in Mom and Dad is when parents begin to gather outside the local schools early, unusually eager to pick up their kids. Teachers have had a vague warning of something odd happening and when they keep the kids back in the playground, things get out of hand very quickly and the mayhem begins.

Parents are single-mindedly (and murderously) intent on their own kids, happily giving a commonplace greeting and a cheery wave to the children of other folks. 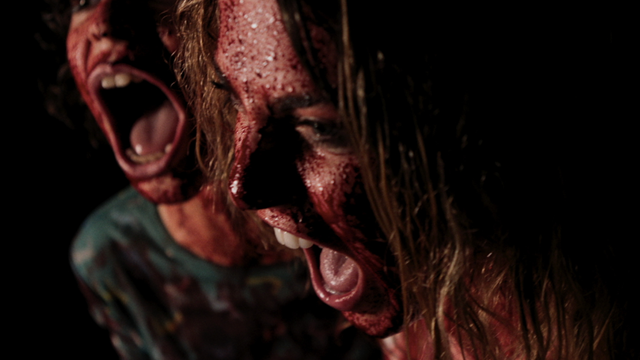 Soon (perhaps to make this universal madness personal) director Brian Taylor confines the action to the Ryan household. Mom and Dad proves to be the perfect vehicle for another of Nic Cage’s infamous unhinged, manic turns. He has scope to give it full rein in his portrayal of an underachieving, unappreciated, suburban dad. If there’s a weakness in the set-up, it’s that Cage’s Brent is pretty close to ‘losing his marbles’ before the general mania even takes hold – but then he can go all-out nuts. As Kendall, the underrated Blair displays the occasional glimmer of softness and humanity, albeit for nefarious purposes, while Cage goes for a broader take.

The story develops at a ripping pace and director Taylor and the principal players appear to have a lot of fun with the disturbing premise and the savage lunacy. Despite their violent inclinations, we never really doubt that these parents still love their kids in some bizarrely distorted way.

Then, just when we think things can’t get any wilder or weirder – the grandparents arrive for dinner…