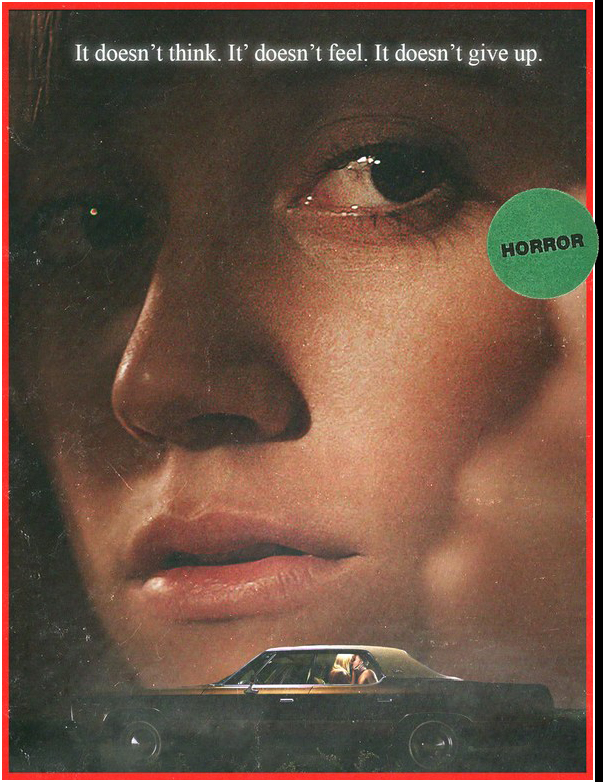 “Maybe it was those torn cheesy covers of old VHS horror films that were prohibited by mom and dad. It was something about those years, those years that had to be played back.” – The Playback Collective

Shortly after Mad Max: Fury Road was released to theaters, an edited version of the original theatrical trailer was uploaded online, stylistically changing the tone of Fury Road to something one would expect to see at the grindhouse. Edited by Erick Solis of The Playback Collective, the colour grading was altered, digital noise and scratches were applied, a vanity card for The Cannon Group added, and the soundtrack replaced with sound bites taken from the original Mad Max trailer; layered over ‘Vengeance’ from Power Glove. The only criticism I could muster at the time, related to the fast editing technique that is, unfortunately, now the standard for 21st century theatrical trailers; likely unavoidable due to the fast cuts in the source material Solis used.

Since then The Playback Collective have created three more trailers in a similar vein; designed to take you back a few decades into the past. It Follows has been re-edited as an 1970s Italian giallo, whereas Turbo Kid has been given an extra layer of nostalgia. Their latest edit, released last year, is my personal favorite. Stephen King’s It has been re-imagined for the 1980’s VHS generation; tracking errors, flickering and bright white lines… Creepier as a result?

You can find more from Erick Solis on playbackcollective.com

“With this trailer we delve into important questions, such as what would Fury Road’s color grading look like if this movie was shot on film in the late 70’s or early 80’s? Will there be synth music blasting in the background? Will Dario Argento do a special cut for Italy? We honestly don’t know! But it sure does look awesome.”

“What if Lucio Fulci had gotten a hold of the script for It Follows? Wouldn’t that be awesome? So I headed back to my Brooke Shields poster filled room, not listening to what mom and dad had to say about me watching *those* horror movies, warning me once again not to listen to Whitesnake…of course I didn’t listen. I blasted my stereo, turned on my 1981 IBM PC and did my best to create something totally rad that people would enjoy. Paying homage to the greatest 70’s horror trailers out there, this quick cut will make your blood run cold!”

“Our retro trailer fever continues… I’m not gonna lie, this one was a tough one to crack! But I hope you guys enjoy it as much as we did. If you haven’t seen Turbo Kid, stop reading this now and go watch this totally awesome movie. Also, be sure to check out Le Matos!”

“It’s late at night and mom and dad have gone to sleep. After saving up 4 weeks of money by mowing lawns I have saved up enough to buy *that* movie that the whole school is talking about. I put my G.I. Joes and my Garbage Pail trading cards away. I turn off the lights and I grab my Mr. T cereal. I press ‘PLAY’ on my VCR and It begins. Paying homage to those worn out and rented tapes from Blockbuster, this trailer destroys the image by adding so much noise and bad tracking that it will make any 4K enthusiast’s head explode.”