Published throughout 2017 in Popcorn Horror magazine, Rock In Purgatory is a horror comedy comic strip, created, written and illustrated by Rik Jackson, which showcases the outrageous deaths of hapless rockstars. Rik Jackson has now launched a Kickstarter crowdfunding campaign, allowing fans to get their hooves on a collected print edition of Rock In Purgatory.

This 48 page collected print edition will feature all strips published in Popcorn Horror magazine, plus brand new, never before published strips; including a number of two and four page strips, as well as more of the one-pagers that fans will already be familiar with. Presented as a parody music magazine, and it will also include lots of other heavy metal, horror and comedy content, including a poster pull out section – no music magazine would be complete without an 8-page poster pull out in the centre – and ‘backstage’ content, such as concept images and character designs.

If this collected edition was not enough to get you throwing up the horns 🤘, there will be loads of heavy metal themed merch available during the Kickstarter campaign. Rock In Purgatory plectrums, badges, souvenir gig tickets, backstage passes, tour shirts, A6 size art prints and exclusive, original artwork from the comic. Perhaps you’d like an A3, full colour commission of your choice?

Rock In Purgatory has largely been inspired by true events…or so people say. If the concept of a heavy metal, horror comic book intrigues you, then Rik Jackson’s Rock In Purgatory deserves your support. 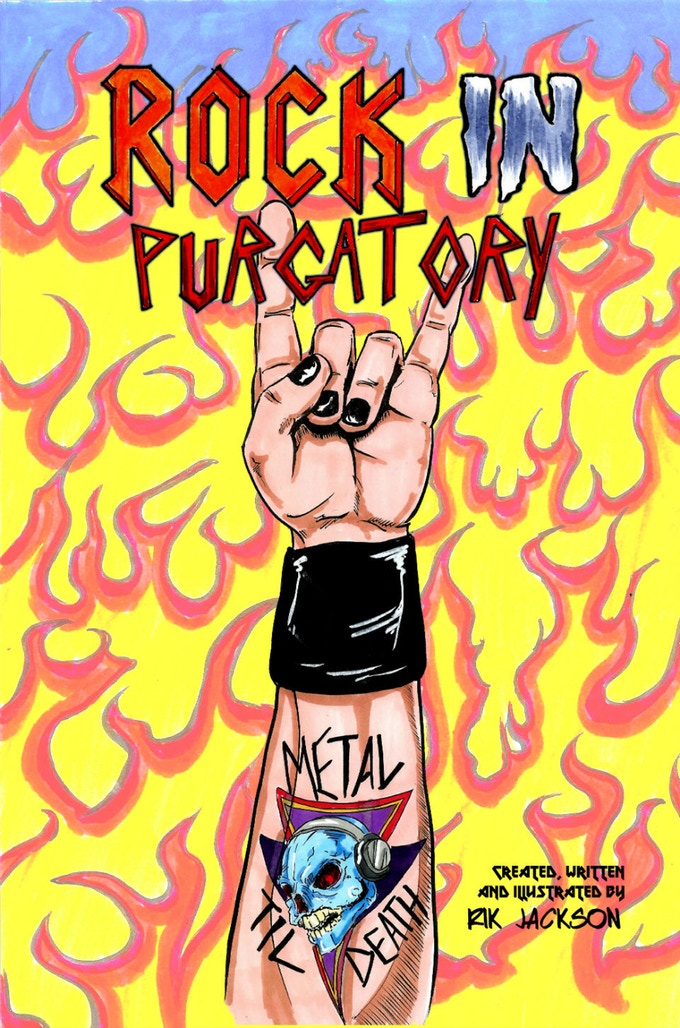 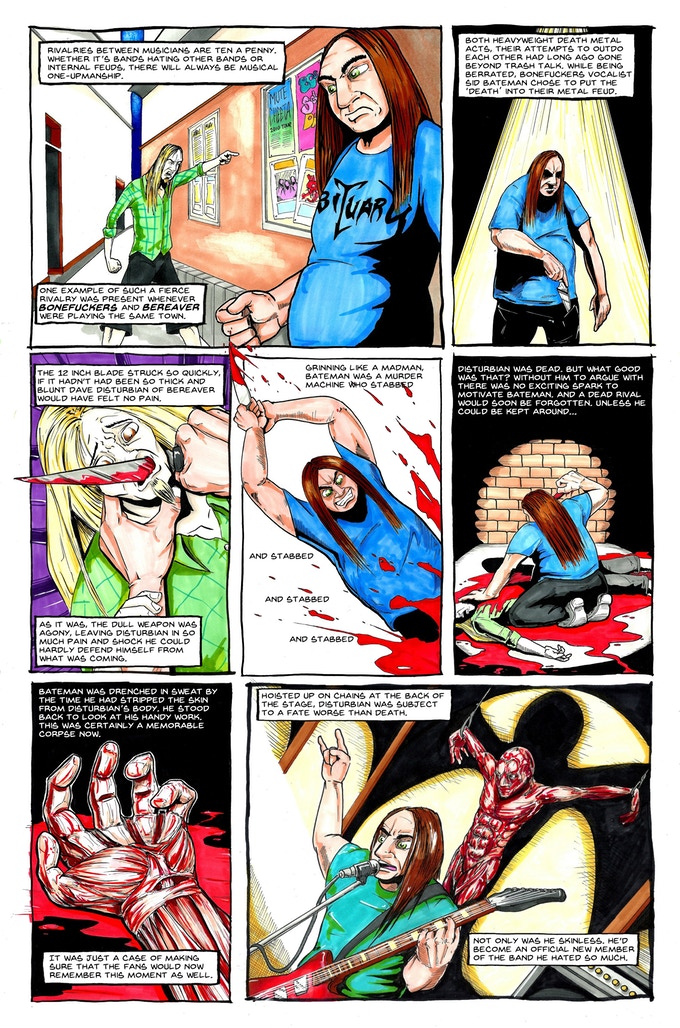