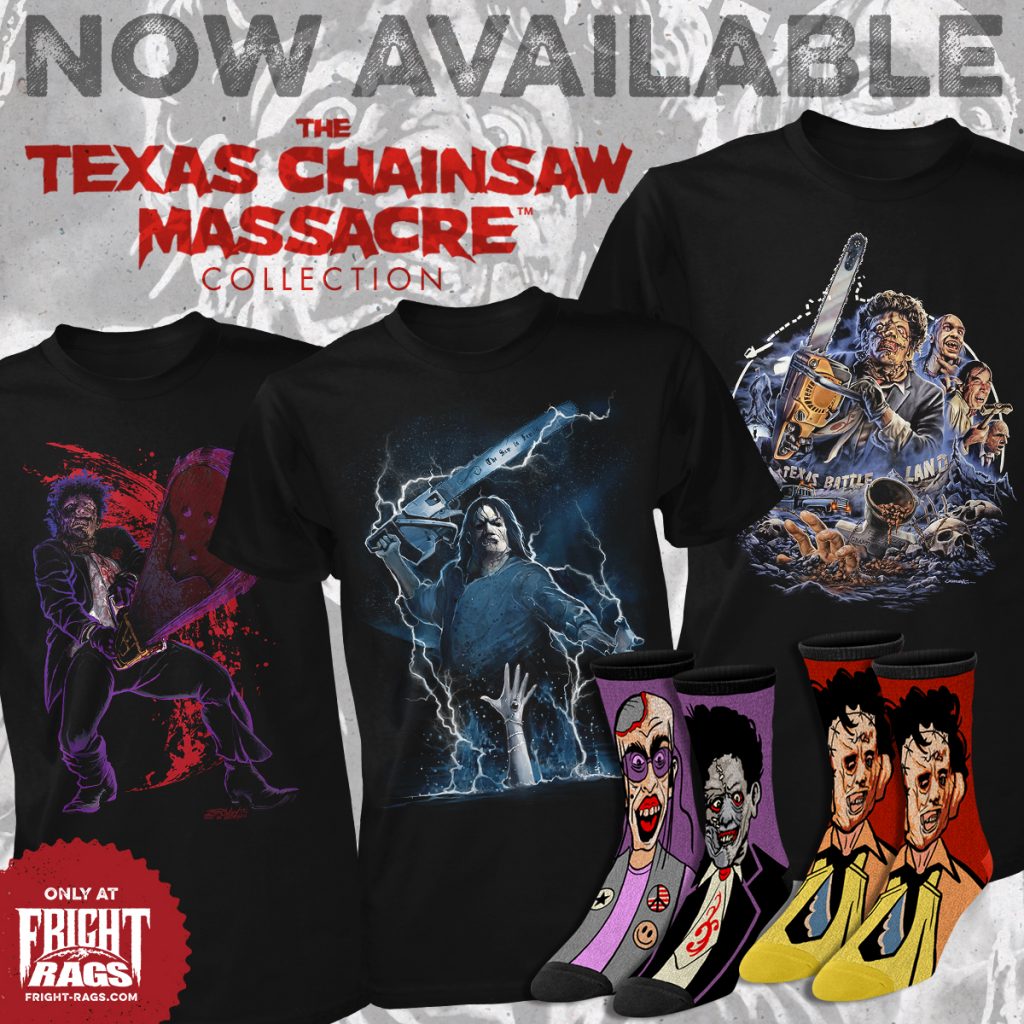 The buzz is back with Fright-Rags’ The Texas Chainsaw Massacre collection. While Fright-Rags have previously released various apparel dedicated to the 1974 genre-defining classic, this time around they’re showing love to some of the franchise’s sequels.

Don’t forget to keep your feet warm this winter with a pair of The Texas Chainsaw Massacre custom-knit crew socks. The first pair features Leatherface from the original film, while the second features Bubba and Chop-Top from Part 2.

The Texas Chainsaw Massacre collection is on sale now at Fright-Rags.com; in stock and ready to ship.