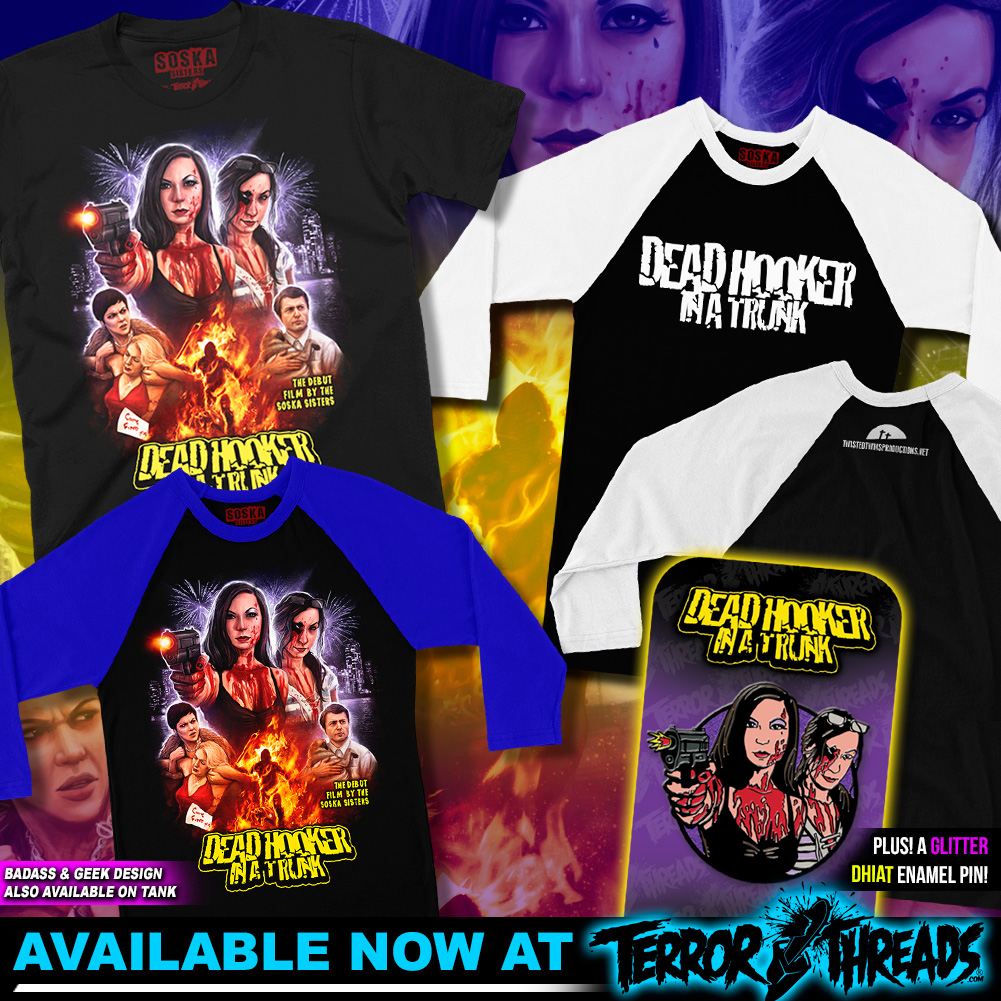 At the request of the Jen and Sylvia Soska, Terror Threads have also released baseball tees featuring the Dead Hooker in a Trunk logo; similar to the tees that were created to promote the film upon its original release in 2009.

Dead Hooker in a Trunk and The Texas Chainsaw Massacre apparel is on sale now at TerrorThreads.com 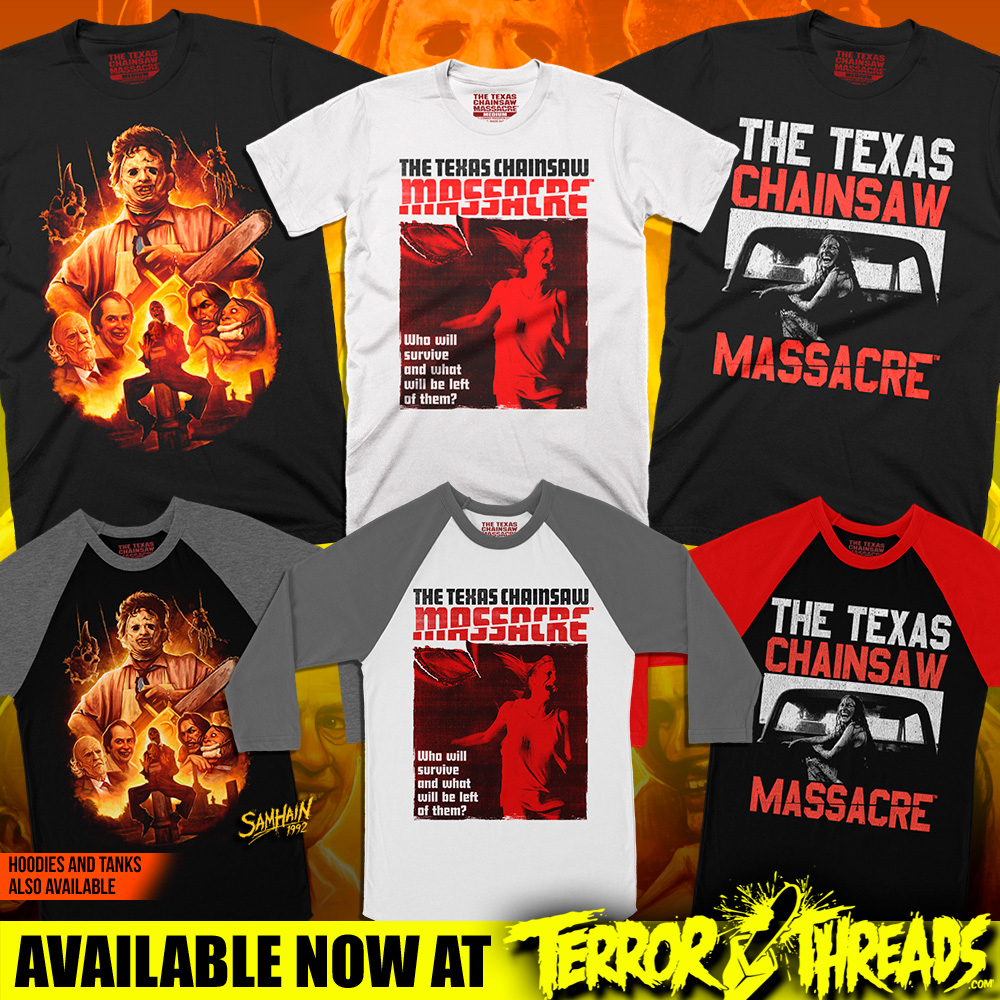