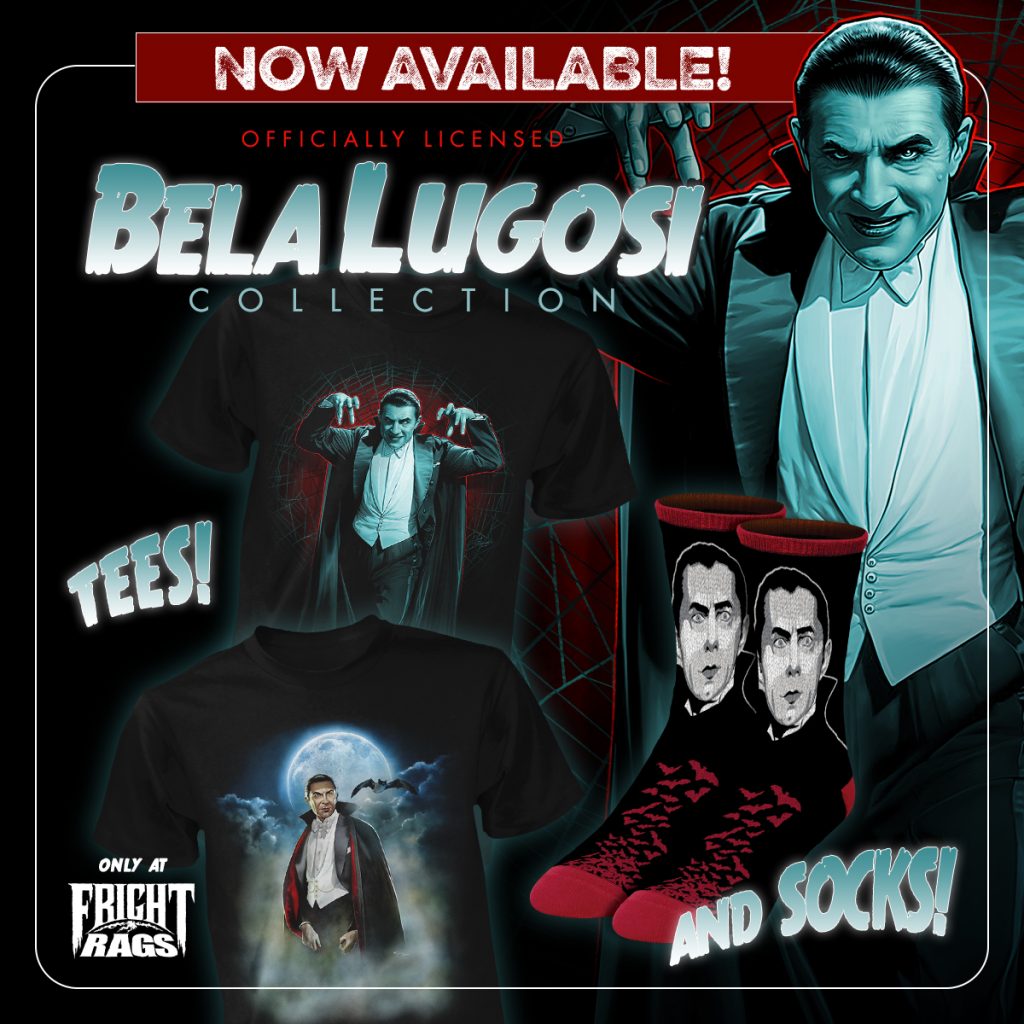 “Listen to them. Children of the night. What music *they* make.” Despite being portrayed by countless talented actors, no one embodies the character of Dracula more than Bela Lugosi. Fright-Rags has teamed up with the Lugosi estate to release two t-shirts and a pair of socks, featuring the classic horror icon in his signature Dracula costume.

To enter the mind of a killer you must challenge the mind of a madman. Fright-Rags takes on the challenge with a new line of apparel from Jonathan Demme’s Oscar-winning The Silence of the Lambs; a film that introduced Anthony Hopkins as Hannibal Lecter.

The Silence of the Lambs collection includes four t-shirts, ranging from newly-commissioned artwork to production stills; including a glow-in-the-dark design. Put the lotion in the basket with a pair of crew socks and an enamel pin of the ‘death’s head’ moth that has become synonymous with the 1991 cult film.

Bela Lugosi and The Silence of the Lambs merchandise is on sale now at Fright-Rags.com; in stock and ready to ship, but quantities are limited. 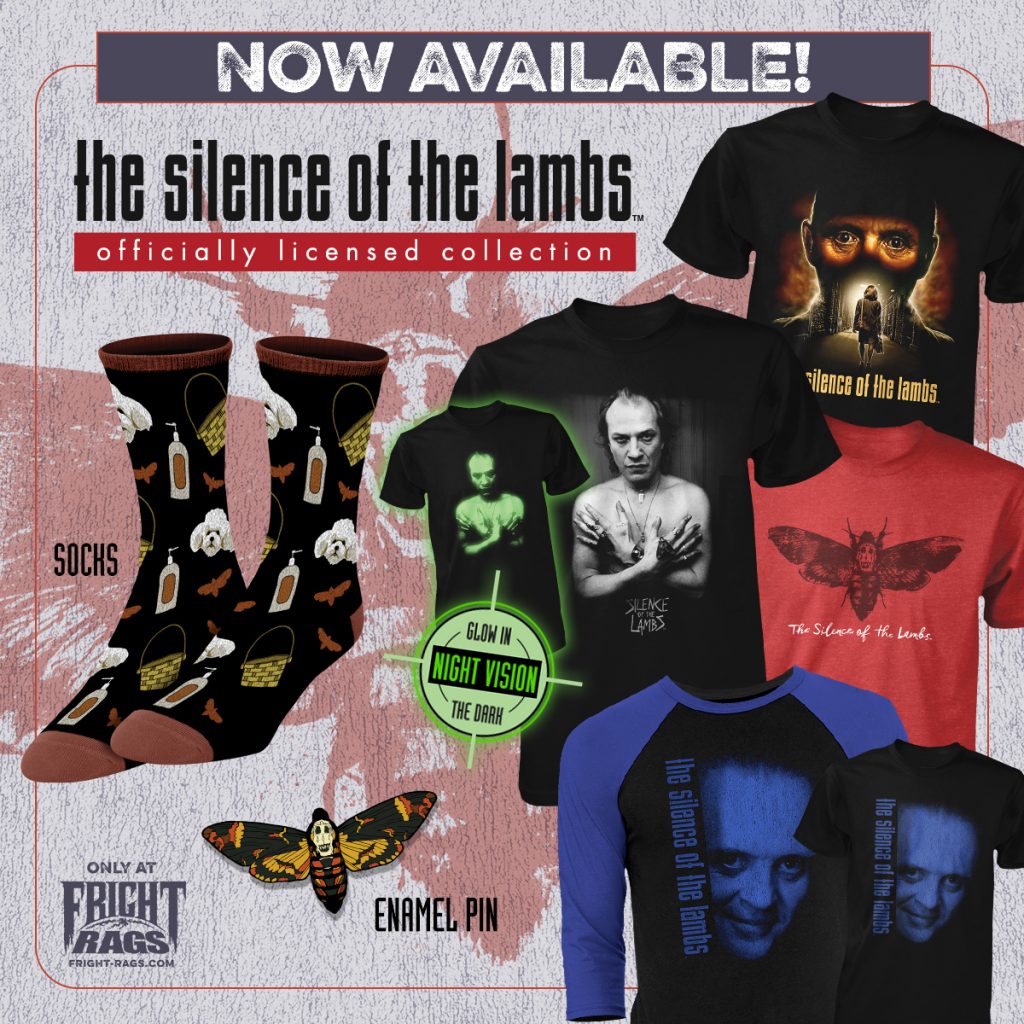