The Horror & SciFi Prop Preservation Association (HSPPA) is a nonprofit organisation that aims to preserve film history by bringing screen-used props and wardrobe from genre movies to public settings for fans to see up close and in person. For more information on HSPPA, visit https://www.facebook.com/TheHSPPA

“The HSPPA isn’t just a display of objects from movies, it’s a showcase of iconic items that have an incredible meaning to different people. Films touch us on a truly emotional, personal level….we connect, we relate, they can mark a time in our lives of significance. It’s these moments that makes The HSPPA more than just a showcase….it’s the personal aspect.” – James Azrael, Head Curator & Founder of The HSPPA 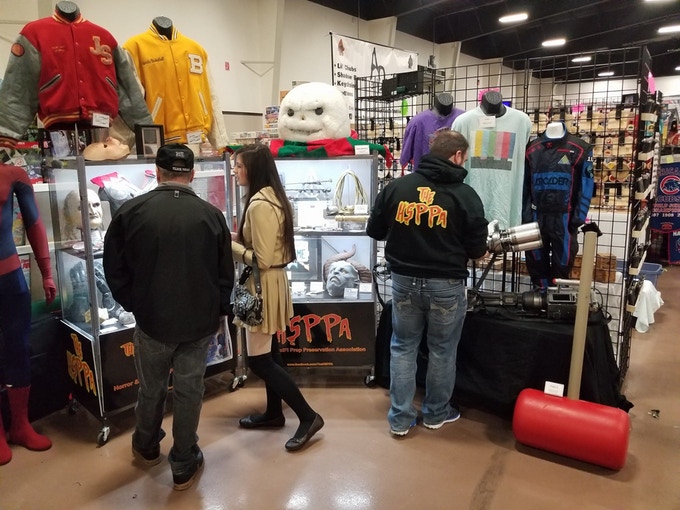 The 150-page, full-color paperback, signed by author/curator James Azrael, can be pre-ordered on Kickstarter until January 23, after which they will go into production. Limited edition t-shirts, enamel pins, buttons, coasters, and book plates signed by all of the contributors are also available.

The book contains high-resolution images of props from the HSPPA collection and featured exhibitors, along with anecdotes about the items. Halloween H20, A Nightmare on Elm Street 4: The Dream Master, Jason Goes to Hell: The Final Friday, Jason X, Silent Hill, Punisher: War Zone, Spawn, and Batman Returns are just some of the films from which rare items are on display in Volume Two: Planet of the Props.

Special guests Christopher Durand (Halloween H20), Nicholas Vince (Hellraiser), Nick Benson (A Nightmare on Elm Street 4: The Dream Master), and Daniel Emery Taylor (The Return of Swamp Thing) are among those who share props from their collections – and the personal stories that accompany them.