Wes Craven’s A Nightmare on Elm Street is a global cultural phenomenon that has given eternal life to a legacy that has spanned over nine slasher films, and to its villain Freddy Krueger. Just as A Nightmare on Elm Street continues to thrive many years after its 1984 release, fans continue to share their stories on how the film has affected them. FredHeads is a documentary that shines a spotlight on the fervent fans within this passionate community; with a central theme analysing how being a fanatic can change and impact your life.

“The Nightmare on Elm Street franchise has done more than impact my life, it has saved my life. In my darkest times I have turned to Elm Street. It is a survival story, it is my best friend, it is my comfort, and it is my home. I knew that there were others out there who saw this film for more than just the typical slasher. It is my goal to bring to life each and every story; to show the world that this community stands together, that we are a support team for each other.” – Paige Troxell, director of FredHeads.

The filmmakers of FredHeads have been traveling the country to speak with enthusiasts of all types; including, but not restricted to, lifelong aficionados, cosplayers, artists, filmmakers, and kids discovering A Nightmare on Elm Street for the first time. The documentary will also feature insight from the stars and creatives involved in the original film series, exploring the enduring legacy, the cultural impact, and the passion of the fan community. Interviews include Lisa Wilcox, Robert Kurtzman, Tuesday Night, Miko Hughes, Danny Hassel, Andras Jones, Toy Newkirk, Kelly Jo Minter, Ricky Dean Logan and Mick Strawn.

Venn Pictures and Northgate Pictures have launched an Indiegogo crowdfunding campaign in order to complete production on this ambitious project; allowing fans to pre-order a limited edition DVD of the documentary. Become one of the first to see FredHeads, support the filmmakers, and get yourself a t-shirt, enamel pin, poster and/or FredHeads soundtrack. One-of-a-kind perks from the A Nightmare on Elm Street alumni are also available; including prop replicas signed by Freddy Krueger himself, Robert Englund.

The FredHeads crew always love to hear from fellow ‘FredHeads’, so please be sure to visit their official Facebook page to find out how you can submit your story. Support FredHeads and donate to their Indiegogo campaign. 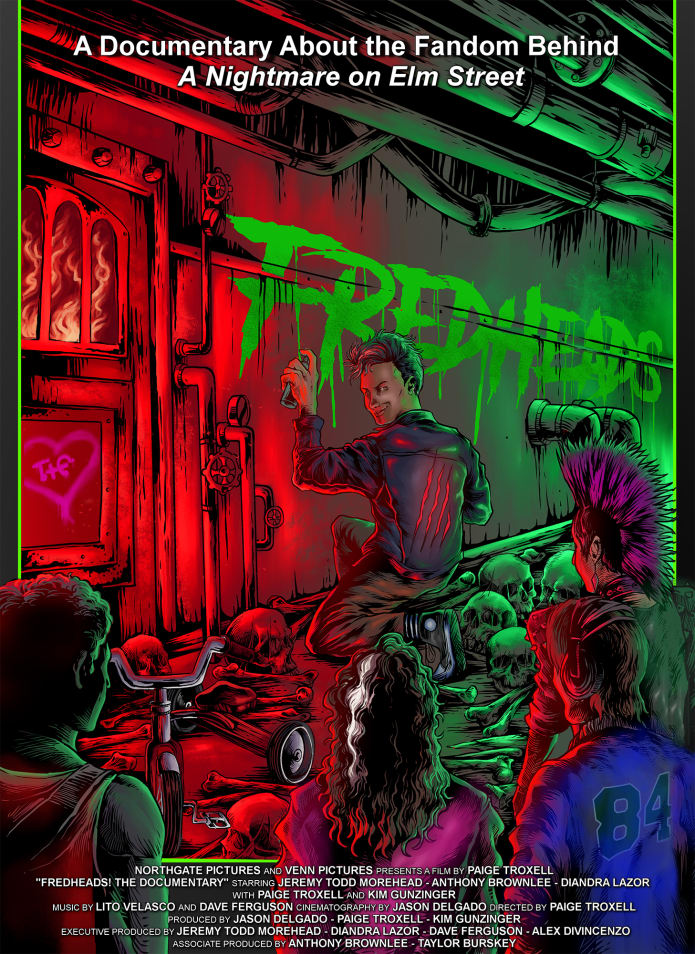