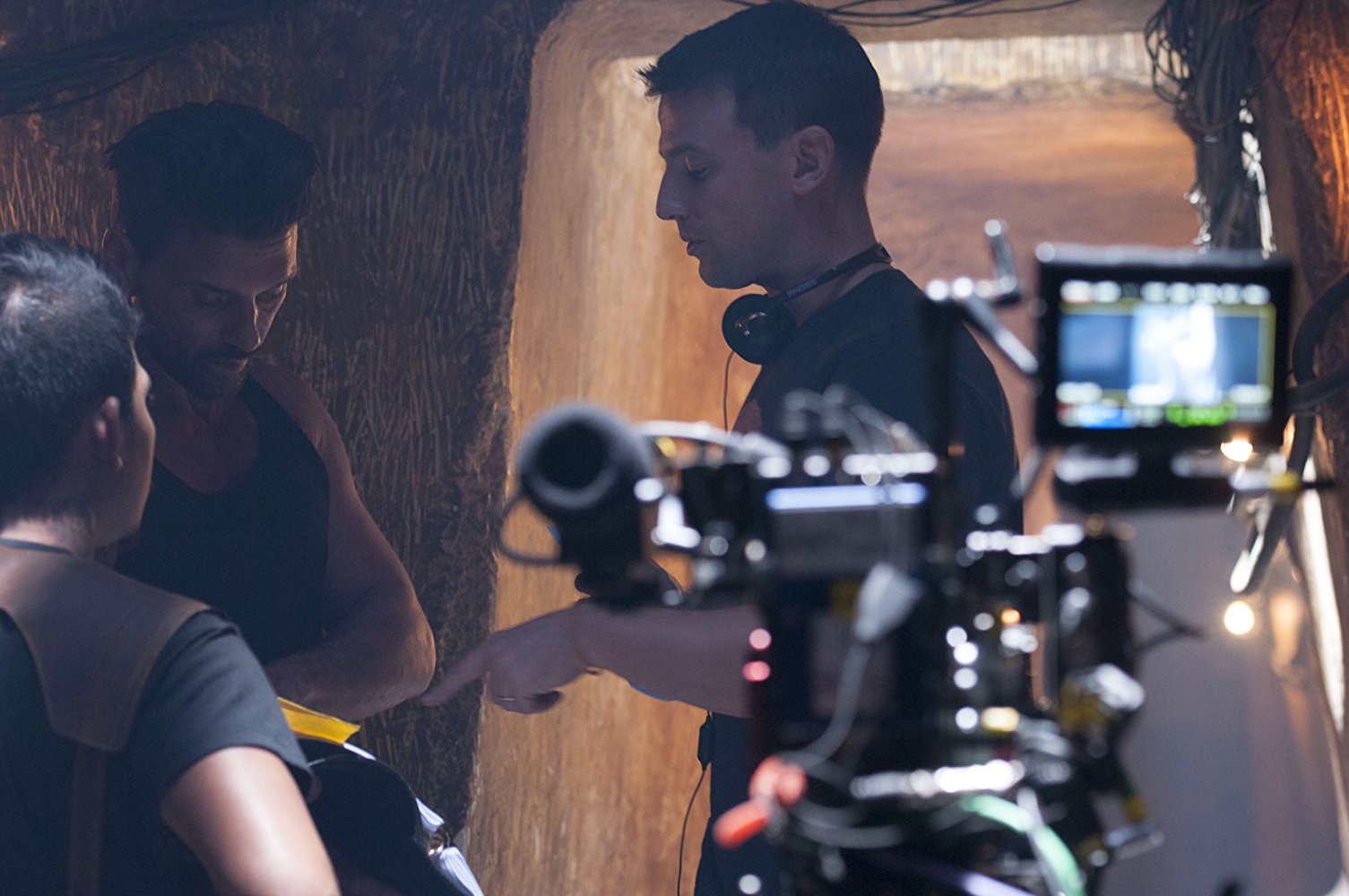 Ken Wynne: With Hydraulx you have had the opportunity to work on various other movie projects, such as Aliens vs. Predator: Requiem. Before Beyond Skyline, what project has given you the most satisfaction?

Liam O’Donnell: Definitely Skyline, and then I would say AVP:R. Before AVP:R I was Greg and Colin [Strause’s] treatment writer for their music videos and commercials. Once they got the script, and started working on [visualising] the script, I wrote a ton of notes for them, and was constantly a sounding board for ideas. And then once we got into production they paired me with Joshua Cordes, who I ended up co-writing Skyline together with. Whilst [Greg and Colin] would be shooting, we would be working on the other action sequences, and dealing with any studio notes. So that was a huge, fun opportunity to do at age 24 with my favorite creatures; getting to work with practical effects. That was pretty amazing.

But then Skyline… OK, now I’m an actual writer of the movie, and the producer. I get to sit in on auditions… I did a lot of the ADR (Automated Dialog Replacement), and worked with marketing, so that was a really awesome graduation to then, of course, be on Beyond Skyline, and getting to do a little bit of everything. I got in the alien suits on [Beyond Skyline], and for different pick-ups I ended up doing different ADR; having to act in overs… It was like a dream come true. I got to do a little bit of everything that you would ever want to do in a movie. 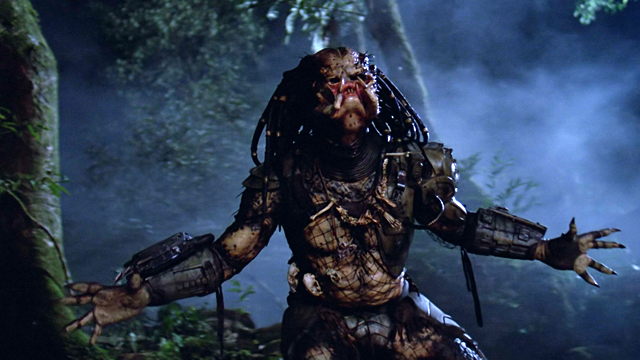 Ken: So, what genre movies [or TV] do you feel have had the most influence on you as filmmaker, and why?

Liam: Sure, yeah! I think Predator is a big one for me, and you can kind of tell that in the movie [Beyond Skyline]. I just loved that it was one of the first R rated movies that I have saw. It was one of the inspirations for creating the Jarrod character, redesigning it and using practical effects. I wanted him to be heroic, and scary, because the character has to serve two purposes. That design had to serve two purposes, if that makes sense? When he has the blue eyes and he is coming at you, he has to be scary; but when he is red, and I can open the pupils up so they can look a little more human, and emote a little bit more, he is kinda bad-ass! Like…yeah, I want this guy on my side! A good character becoming one of them… I didn’t want it to be so sad and tragic. It should be superhero empowerment to become one of these things; to be strong and heroic. Predator from design and aesthetic, and fun sci-fi/horror/action hybrid is definitely a big influence.

In Beyond Skyline you can kind of feel, especially in the first act, a Die Hard vibe. Especially with Frank Grillo being a John McClane type of character… and that is no accident! I love Die Hard. I think it is a perfect action movie. I love the setup of it; it is still so smart and efficient and every little thing that they set up in that first act pays off. So that definitely has it’s fingerprints on the movie. 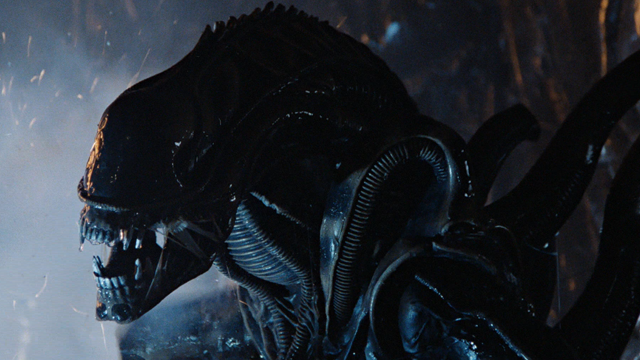 You can’t really get away from Aliens when you are making a movie like this… There is a lot of the hive/powerplant sequence vibe with the eggs, the methylcellulose slime, and the latex webbing. Even just sometimes during certain beats, me and the DP (Director of Photography) [Christopher Probst] would sing the score to it [laughs], if that makes any sense? We would be humming the Aliens score when Pamelyn [Chee] was being chased by the ‘tanker’, in our heads on the set, so we would know… It just communicated what the beat needed to be. Aliens is definitely one of those movies, and just that experience of doing AVP:R; I watched those movies so many times before that, I don’t know if I could make a movie that didn’t have some sort of vibe from that [franchise] connected in there in some way.

The other one, which become sort of an accident, but it totally fits now, is Big Trouble in Little China. I saw that movie on a sleepover in first grade, and it became one of my all time favorites. I think it’s kinda interesting that the movie starts with a guy in a truck, then a couple of dudes drinking and gambling all night, and then an airport… if the name wasn’t Big Trouble in Little China, you might think that this was just an 80s action movie, but then it keeps taking stranger, and stranger turns until you are in the middle of a wizard battle in a back-ally! And then there are monsters; a floating eyeball… thing. You know? It informs the spirit that we did with [Beyond Skyline], where we start in a very grounded, gritty reality of a father bailing out his kid from jail, and then by the end we have magical babies, kaiju battles, and then eventually space opera. So I think that informed and embraced that; having fun with genre, trying to push things, and evolving as the movie went along. 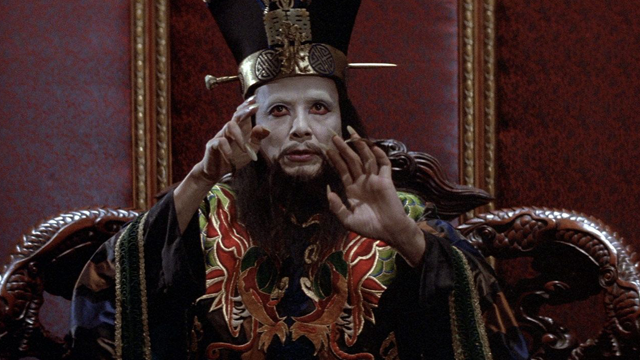 One [influence] that informed the general idea of our first act was Lost. Lost was a big influence on the first movie, [Skyline], that I think you can see. It opens with a flash-forward, and that was how we wanted to market it; that was the teaser that we used to get foreign sales going for that movie. It did not show any aliens, just the light, people freaking out and disappearing; using that ‘mystery box’ setup to pull people in. And then once the characters got up on the rooftop, that was the big reveal. “Oh my god! There are aliens!” So that carried over, because we came up with the general idea of what the sequel would be before the first one came out. It was during post when people started asking what the sequel would be. And I loved this episode in Season 2 of Lost, I think it was called ‘The Other 48 Days‘, and it was all the characters from the tale section [of the plane]. Michelle Rodriguez, and the other characters, move through the events of one season within one episode, and then meet up with the characters of that first season. So that was a great first act we could do; new characters within the city experiencing everything from the first movie, and then they meet up with our old characters.

Because of how strangely the first movie ended, I just thought it would be kind of odd, and a little too ‘inside baseball’ to just start on an alien ship with a guy that is already an alien and his girlfriend, and just be like “what do we do now?” It is just not a real natural entry point. Instead, it ended up being really cool because people thought we were rebooting. A lot of people I still see on Twitter don’t know if it is a sequel or whatever, and then once they get to that scene they are “oh!” You know? It actually connects! So I tried to keep that a little bit mysterious and… I don’t know, maybe that was confusing for some people, but I wanted it to be fun, that they actually are all connected, and what happened in the first movie mattered. 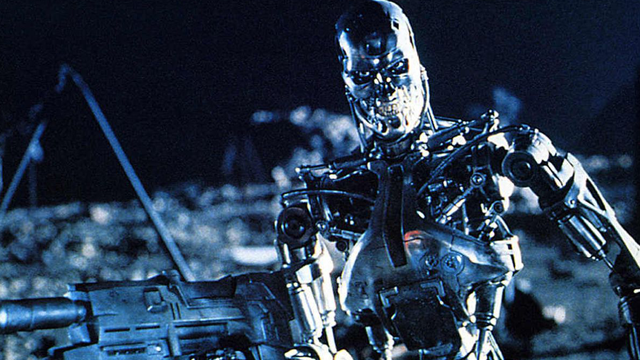 Liam: Absolutely, and that was definitely by design as well. You know, The Road Warrior, Aliens, Terminator 2; all my favorite sequels… You don’t need to have seen the first movie for them to work. I think a lot of kids saw The Road Warrior and Aliens first. I think a lot of kids saw Terminator 2 first. All of those [movies] would be better if you saw the first one, but by design I wanted to have my cake and eat it too. [laughs]

Ken: Liam O’Donnell, thank you again. It is appreciated.