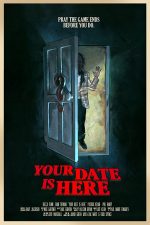 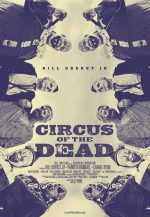 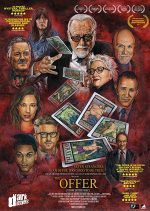 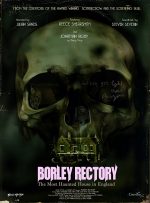 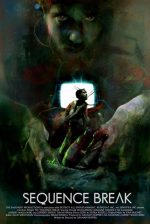 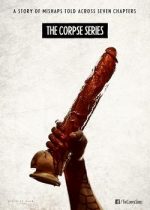 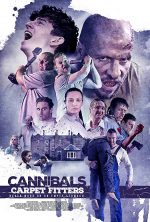 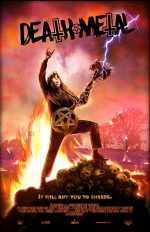 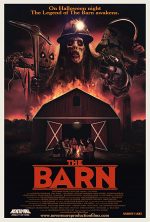 Dead of Night. The first horror film festival in Southport and for only £11 an absolute bargain. It’s a slight shame there weren’t any stalls and the bad weather, but the venue (The Atkinson) and films were brilliant.

Your Date is Here was one of the shorts I was looking forward to most as I’d missed it at a recent festival. It didn’t disappoint with its simple premise, eeriness and one hell of a jump scare ending.

Circus of the Dead was possibly the most disturbing and grim film I’ve ever seen with possible exception of The Chair. It follows some killer rapist clowns who blackmail a dad into helping them in their terror spree in exchange for his daughters’ lives. Papa Corn (Bill Oberst Jr.) as the main clown is utterly disturbing and disgusting, I thought he was channeling The Joker at first but The Joker has more class. The rape and murder scenes are all brutal and you really want a happy ending after all this horror but you don’t get it. The hardcore horror and grimness would have been more acceptable if the dad went all ‘Punisher’ on the clowns but without that this is a fucked up albeit tense film.

The Offer was a self-contained episode in a new mini-series. A group of strangers are offered cash in exchange for playing a game where only one will win. The “guess the sin game” is quite interesting as it leads to some great dialogue and character development particularly from Bishop. I’m looking forward to episode 2.

Borley Rectory was a black and white animated story about the most haunted house in Britain. The animation was good with actors put into the animated background. The story, sounds and acting are all chilling. Only complaint is the narrator sometimes told too much destroying any tension.

Sequence Break was my favourite film of the festival. Like with Reveal from Grimmfest it has a sci-fi feel with confusing story; perhaps a new trend in films or at least in what I like. The romance between Oz and Tess is beautiful and awkward, so you really feel when Oz becomes addicted to the game and it turns him. There’s some amazing Cronenberg style special effects with the arcade machine which made it stand out from many of the other films, and their great special effects. Now onto the confusing story; Oz gets a new arcade game which is like extreme Space Impact and at same time he meets Tess; then the game keeps drawing him in and he has nightmares about turning digital and Tess dying. Why the arcade machine is cuming after being played, the micro board starts to change, who the bearded stranger is, and what exactly the game is I’m unclear on. But the story was intriguing and I cared about the characters, so I tried to understand it. The bearded man was Oz from the future I think, the game is taking life-force and emotions from people and was designed by Oz in the future. Whether this is 100% right I don’t know but still enjoyed it.

The Corpse Series was easily the funniest short of the day. After killing a hooker two best mates have to get rid of the body but lots of people interfere; from a child who watches them try and burn the body, to some Mormons. It’s amusing, cringe worthy and unpredictable as the two likeable leads try their best to get away with killing the hooker. Definitely the best short of the festival.

Cannibals and Carpet Fitters was another horror comedy as the title suggests and like The Corpse Series it was great. The dialogue from the carpet fitters was amusing and made each of them unique so that you cared about them in the battle to death. There was plenty of horror moments from the cannibal mum who survived pretty much everything, to the scenes in tunnel when the ‘Hulk’ like cannibal chased the carpet fitters. This sounded like a cheap film from the title but it’s not at all, it’s really enjoyable.

Death Metal was another short I’d missed in the past and it lived up to my expectations. A satanic guitar riff kills people after a metal-head doesn’t listen to the three rules (which amusingly reminded me of Gremlins): Don’t play for money, don’t play at night and no thrusting while you play. This short was ridiculous funny and over too soon.

The Barn was the last film I saw and it reminded me of the Hocus Pocus movie, but an adult version. Three creatures will murder and take the flesh of anyone not wearing a costume on Halloween, if they are woken by trick or treaters at the barn. The film had an eighties camp feel with its costumes and how the monsters disappear, with blue lighting showing across them as they die. The teenagers are a bit stereotypical but as they get picked off one by one you start to feel more for the remaining; particularly when you realise the creatures are trying to summon Satan. The creatures are creepy in their own way with ‘Jack ‘O Lantern’ carving out people’s skulls, ‘Bogeyman’s’ sheer size and, my personal favourite, the ‘Scarecrow’ who unzips his mouth to reveal rows of razor sharp teeth. An amazing film which should be a Halloween staple.

Overall this was a brilliant festival with two films – Sequence Break and The Corpse Series – which I would put in the top 10 films I’ve saw this year. Some films didn’t hit the spot for me, in particular Circus of the Dead, but I didn’t actually hate any films. I’d definitely go again next year.

Two-Headed Snake Entertainment’s The Dead of Night Film Festival (made for horror fans by horror fans) took place at The Atkinson, Southport, UK between 20th-21st October 2017.