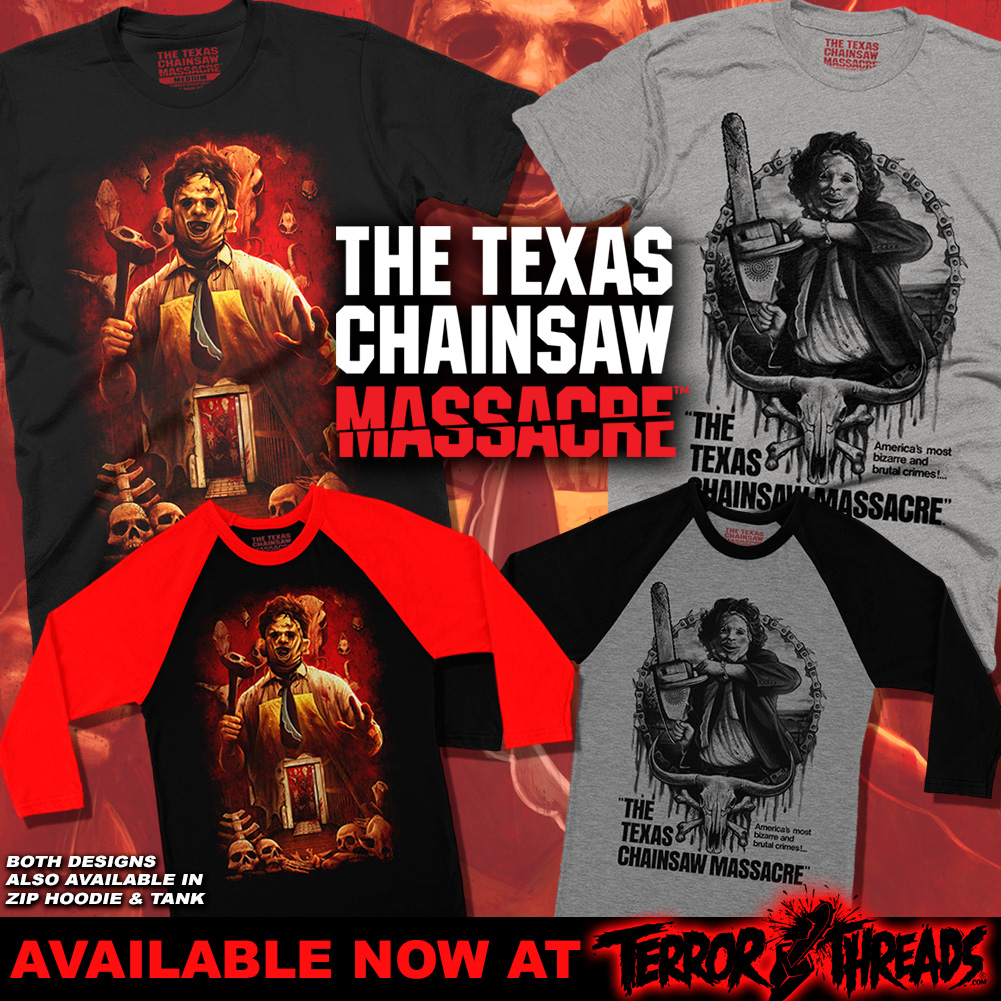 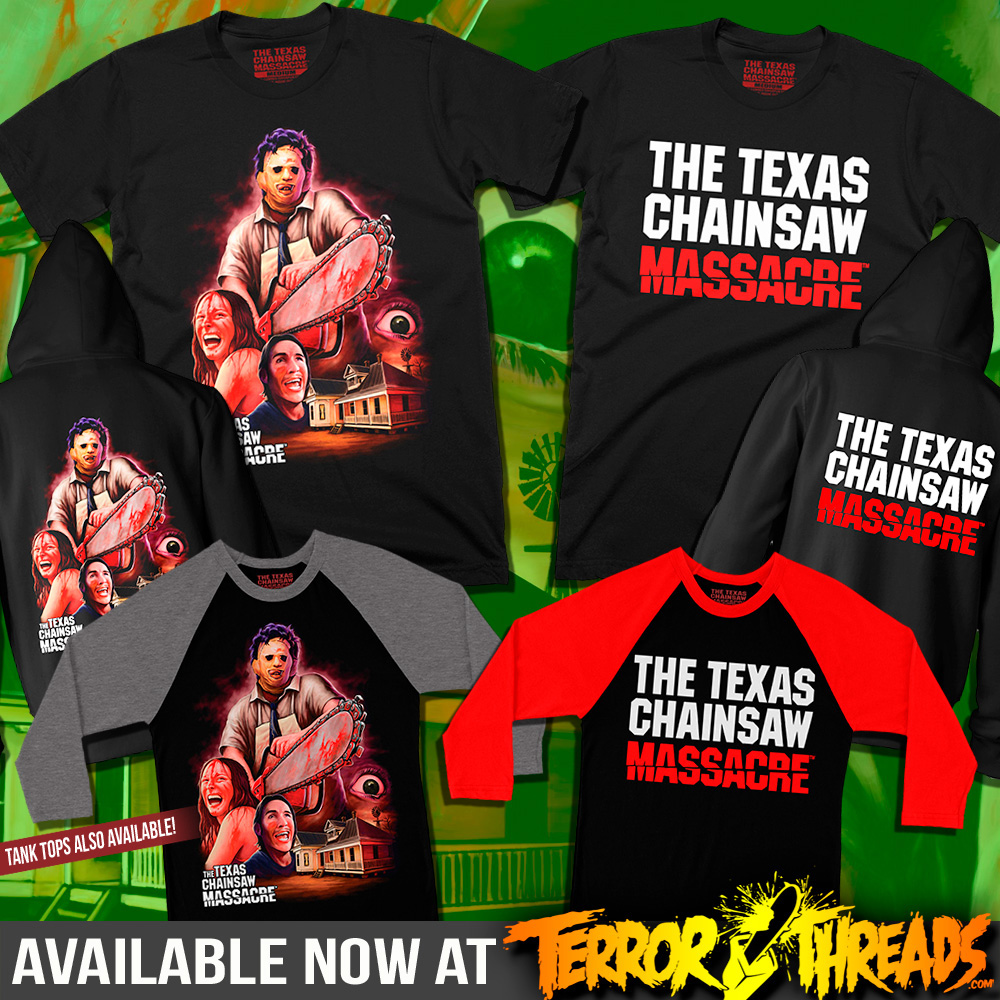 “Who will survive and what will be left of them?”

Terror Threads has made an impact with their official merchandise for horror genre favorites; both cult classic and modern macabre; continuing their impressive run with new The Texas Chainsaw Massacre and The Houses October Built collections.

Honouring the legacy of filmmaker Tobe Hooper, who passed away in August, Terror Threads have released new T-shirts as a tribute to Hooper’s magnum opus: The Texas Chainsaw Massacre. The collection includes three new designs with Leatherface, the iconic killer from the 1974 genre-defining cult classic, along with a fourth design featuring The Texas Chainsaw Massacre’s official logo. 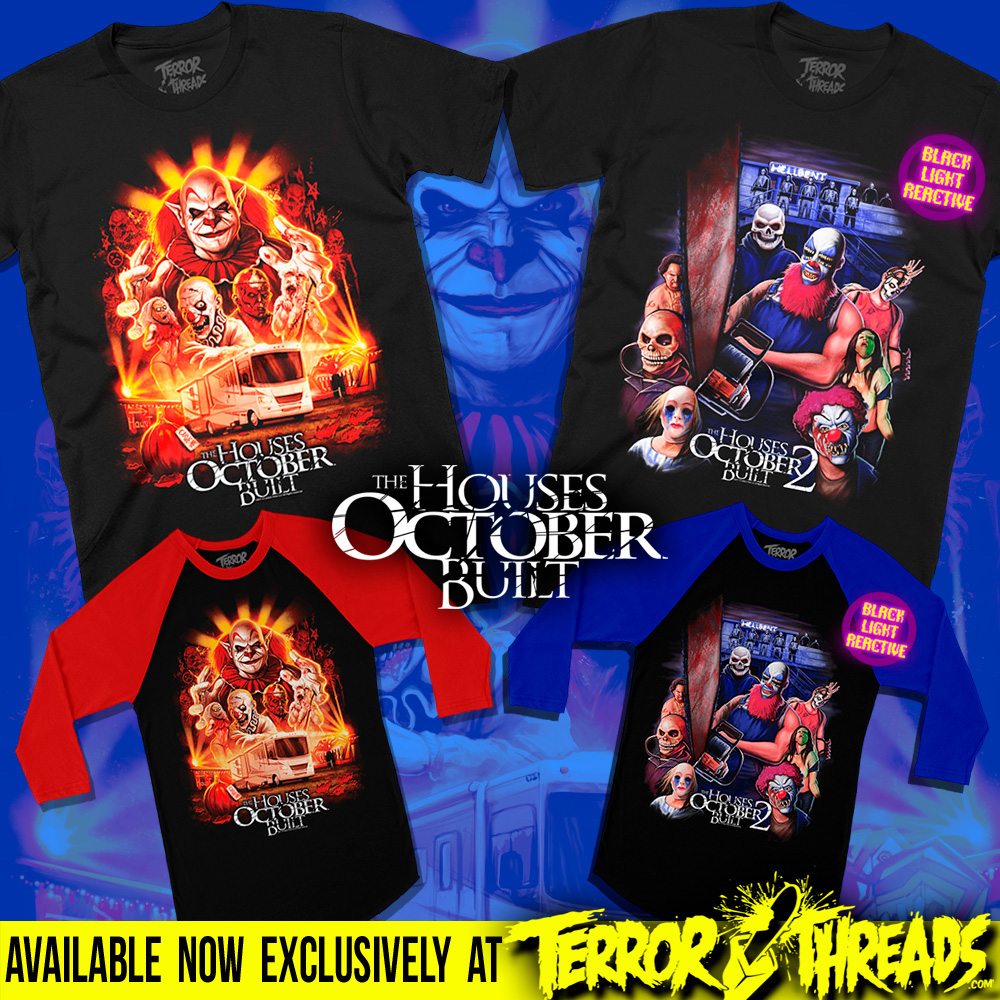 “In the search for the most extreme haunt, the haunt found them.”

The Texas Chainsaw Massacre and The Houses October Built collections are on sale now exclusively at TerrorThreads.com; with designs available on t-shirts, baseball tees, tank tops, and zip-up hoodies. 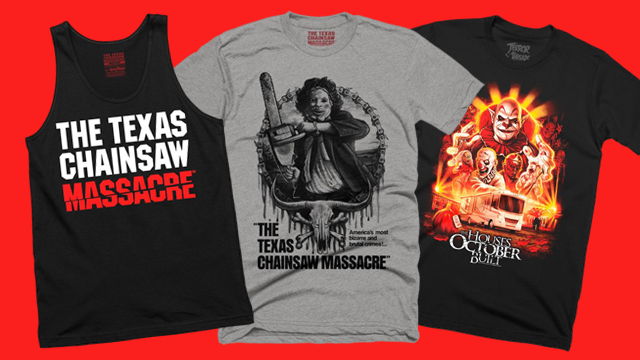