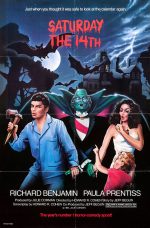 Vampires Waldemar (Jeffrey Tambor) and Yolanda (Nancy Andrews) have their eyes set on an abandoned, decrepit house in Pennsylvania. Or more accurately on ‘The Book of Evil’ that is contained within. Unfortunately for them, the house has recently been inherited by John (Richard Benjamin) and his family after his uncle passed away.

Upon moving into the house, the youngest member of the family, Billy (Kevin Brando), finds ‘The Book of Evil’, and a warning:

“Whosoever shall open this book, releases into the world all the evil herein. It gets bad on Friday the 13th, but it gets worse on Saturday the 14th.” 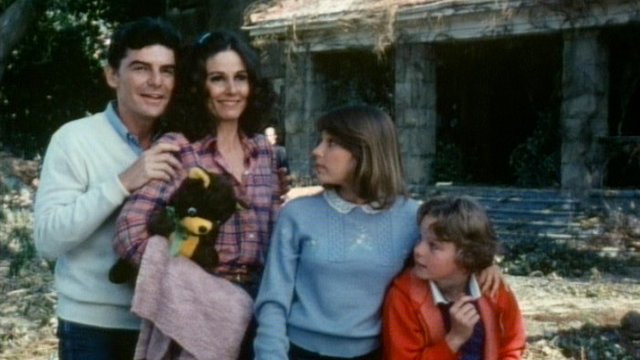 With each page turn, illustrations of grotesque monsters disappear from ‘The Book of Evil’, and materialise within the house. John (Richard Benjamin) and his wife Mary (Paula Prentiss) are blissfully unaware of the spooky occurrences that are happening around them, and decide to plan a housewarming party for Saturday the 14th. Waldemar, still determined to locate ‘The Book of Evil’, transforms into a bat and enters the house, but the noise he makes in doing so is mistaken for “darn owls” by the family, who subsequently hire an exterminator by the name of Van Helsing…

Will John and his family learn of the danger they have put themselves in, when Billy opened ‘The Book of Evil’? What will happen to Waldemar if he is discovered by the vampire hunter Van Helsing? Why is every channel tuned into The Twilight Zone?! 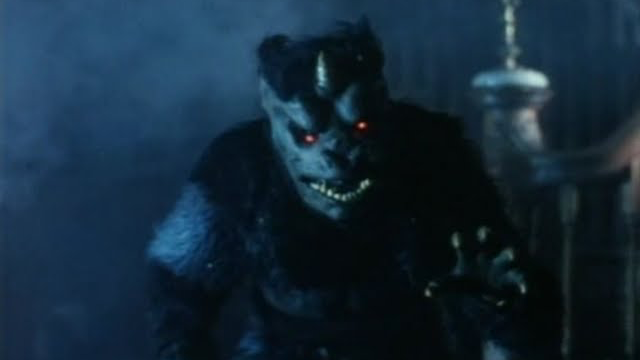 Directed by Howard R. Cohen, and produced by Julie Corman for New World Pictures, Saturday the 14th lacks the sort of self-awareness that the plot could have benefited from. Most of the humour comes across as silly and juvenile, at the expense of any comedic, character development. John and Mary’s obliviousness to their dire situation is played for laughs; their ineptitude to realise that they live amongst monsters providing each goofball gag.

That is not to say that Saturday the 14th isn’t without its charm. The two children, Billy and Debbie (Kari Michaelsen) are the smartest of the bunch, frequently finding themselves going head-to-head with the monsters that now inhabit their new home. It reminded me of the horror films I used to watch as a kid on Halloween. You know, those family-orientated movies that were allowed on cable TV before the watershed? Films like The Monster Squad (1987) or Little Monsters (1989). Even the opening credits of Saturday the 14th are animated, harking back to colourful style of EC Comics. 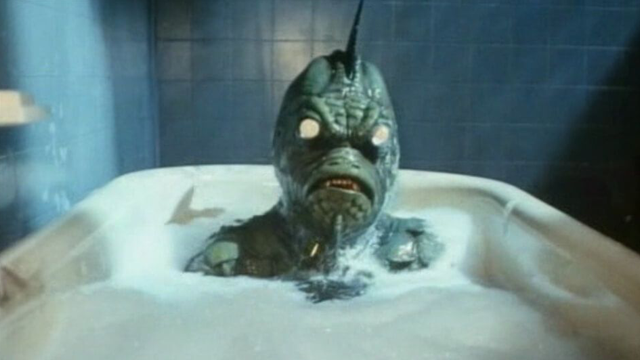 References to other horror films are plentiful, as Saturday the 14th’s greatest strength is in its dated creature design. Sure it all looks cheap, but that is the point of a movie that parodies the earlier work of Universal, Hammer, Roger Corman, amongst others. One particular creature is clearly influenced by Creature from the Black Lagoon, in a bathtub scene that mimics 1975’s Jaws.

Unfortunately Saturday the 14th’s humour feels like it should be more zany, and more madcap than it actually is. Most jokes fall flat against deadpan performances (with the exception of the incredible Jeffrey Tambor) and uninspired direction from Howard R. Cohen. It is a dumb movie, but a harmless one that I would still recommend watching during a thunderstorm, on a cold, dull Saturday night.