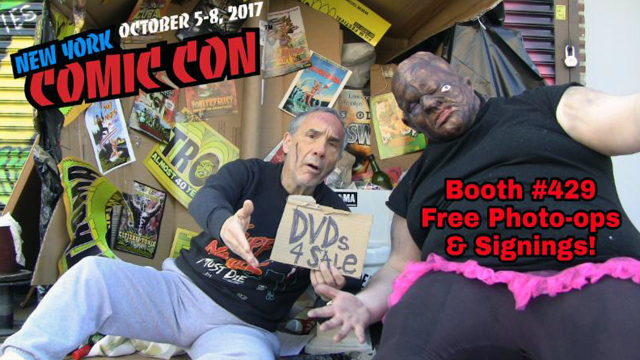 “The Troma Team and I are honored to be invited back to New York Comic Con! In this time of political outrage and SJW rhetoric, we need events like NYCC to bring us all together in civil discourse and sex and violence! Also to celebrate something we all enjoy; Art! But what would a celebration be without a little peaceful protest? Toxie, The Troma Team and I are taking a stand by taking a knee…literally!” – Lloyd Kaufman

Lloyd Kaufman, president of Troma Entertainment and creator of The Toxic Avenger, will be a special guest of honor at the New York Comic Con between the 5th-8th October 2017 at the Javits Center. Literally take a knee with Lloyd Kaufman and the Troma Team, only at NYCC Troma Booth #429.

“The NFL may encourage resting on your knee, but not Troma! Come to the Troma Booth at NYCC and take your picture with ‘The Knee’! It’s a significant theme in our upcoming The Tempest, The Shit Storm!” – Lloyd Kaufman 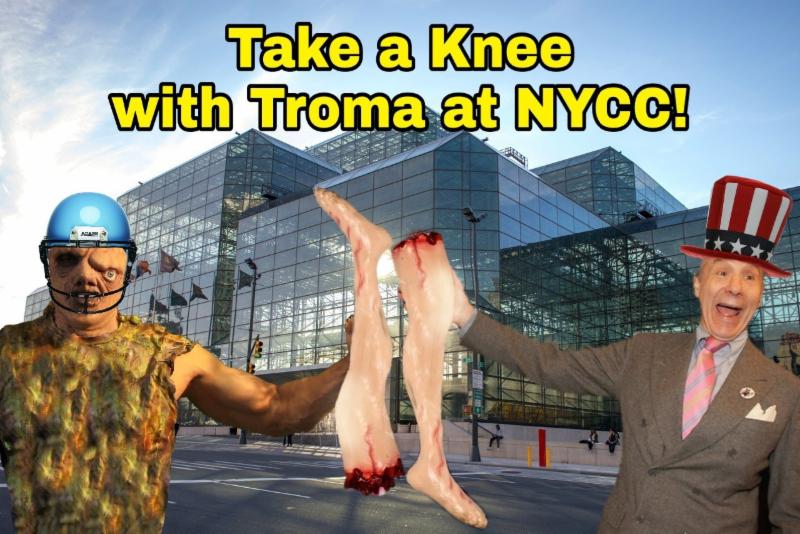 I’m told New York Comic Con is the East Coast’s largest pop culture gathering; attracting over 185,000 fans in 2016. It is also the only convention that takes place in the comic book, publishing, media, and licensing capital of the world – ‘Gotham City’.

In addition to taking pictures with severed knees, Troma’s favorite heroes (Toxie, Sgt. Kabukiman NYPD, Dolphinman) will be at Troma Booth #429 where ‘Tromerch‘ such as the highly popular ‘Skinner’ t-shirt, ‘I Heart the Monster Hero’ t-shirt, Toxie patches, the radical Troma skatedeck, and Troma’s newest Blu-ray releases VHS Massacre, Last Day of School, and Electric Apricot will be ‘Tromabundant’! (Wordplay courtesy of the Troma Team!) 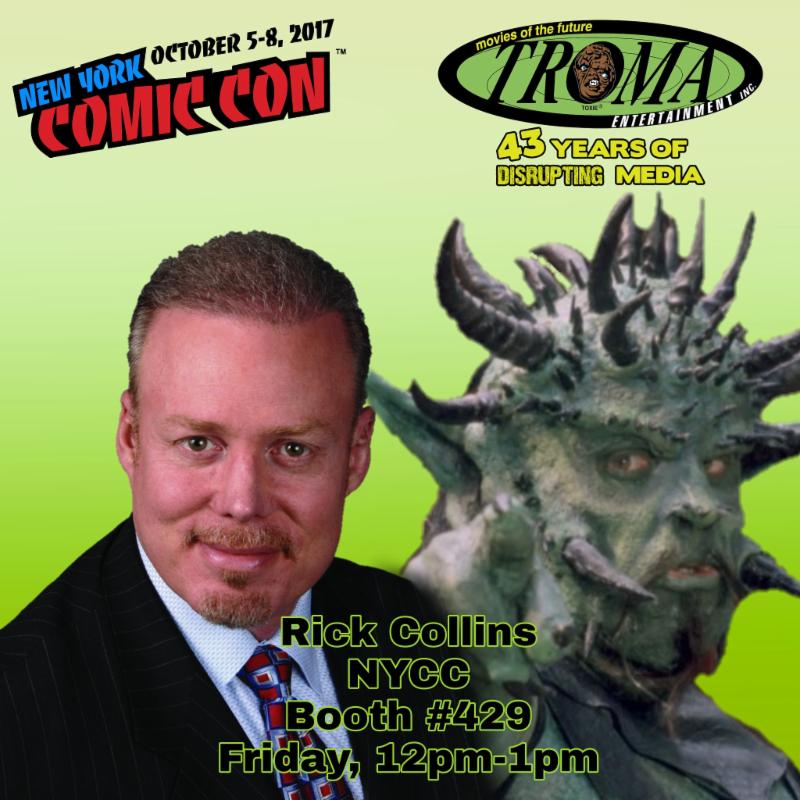 Rick Collins, who has appeared in every entry of The Toxic Avenger series, as well as Class of Nuke ‘Em High, Troma’s War, and Sgt. Kabukiman NYPD, will be visiting Troma Booth #429 on Friday 6th October to greet fans, answer questions, and recount tales of ‘tromatic’ experience filming art with Troma. If you are in New York City, head over to NYCC Troma Booth #429 and say hello to the Troma Team!