Humanoids from the Deep (1980) (80 minutes)
Directed by Barbara Peeters and Jimmy T. Murakami.

aka Monster, Beneath the Darkness 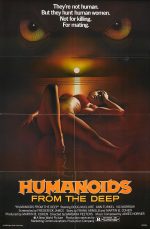 Racial tensions rise between Native American Johnny Eagle (Anthony Pena) and the anglers of Noyo, California (including Vic Morrow), when Johnny actively tries to stop a huge cannery from being built near the fishing village. Unbeknownst to both groups, Canco, the company behind the proposed cannery, have been experimenting with a growth hormone by administering it to salmon. This salmon inadvertently made it’s way back to the ocean, where it was consumed, mutating the fish into depraved humanoids that exist only to rape and kill.

The discovery of Peggy Larson (Lynn Theel), a teenager that was attacked, raped, yet kept alive by these monsters, also leads angler Jim Hill (Doug McClure) and scientist Dr. Susan Drake (Ann Turkel) to the discovery of these humanoids from the deep! 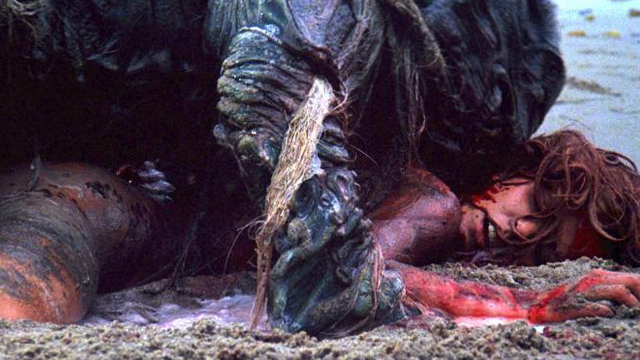 Star Ann Turkel has stated that what began in pre-production as “an intelligent suspenseful science-fiction story” soon became an exploitative splatter movie. Roger Corman, disappointed with the rough cut, requested that further sex be shot and inserted into the final cut. When director Barbara Peeters refused, Corman arranged for Jimmy T. Murakami and second unit director James Sbardellati to direct the additional scenes.

“Despite the sex of the director, a more blatant endorsement of exploitation cinema’s current anti-women slant would be hard to find…this turns out to be a nasty piece of work all round.” – Paul Taylor

Speaking of splatter, Humanoids from the Deep, or Monster as it was known in Europe and Japan, is incredibly grotesque in it’s special make-up effects. Rob Bottin, known for the outstanding creature SFX on John Carpenter’s The Thing and Joe Dante’s The Howling, designed and created the humanoid costumes worn in the film; reminiscent of the Creature from the Black Lagoon.

Few costumes were created, so extensive editing from Mark Goldblatt (The Terminator) was required to create the illusion that there were more monsters than the make-up actually allowed for; especially during the final sequence where the humanoids from the deep descend on the fishing village during a festival. This gory climax, along with the inserted scenes of rape, are likely what prompted Humanoids from the Deep to receive an ‘X’ certification in the United Kingdom upon it’s release. 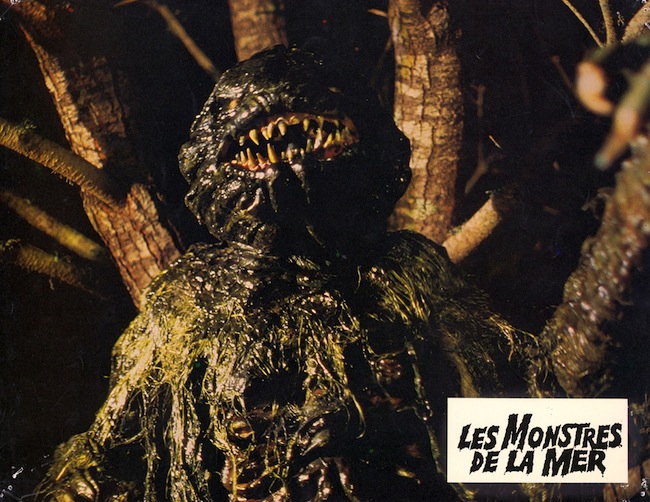 It all ends with a tribute (or blatant plagiarism) to another classic genre movie from the same time period. The entire film is exploitative, gratuitous, misogynistic, and yet there is something strangely intriguing about Humanoids from the Deep.

Humanoids from the Deep scenes of rape are uncomfortable to watch, but should not overshadow Barbara Peeters interesting dialogue on racism and scientific progress.