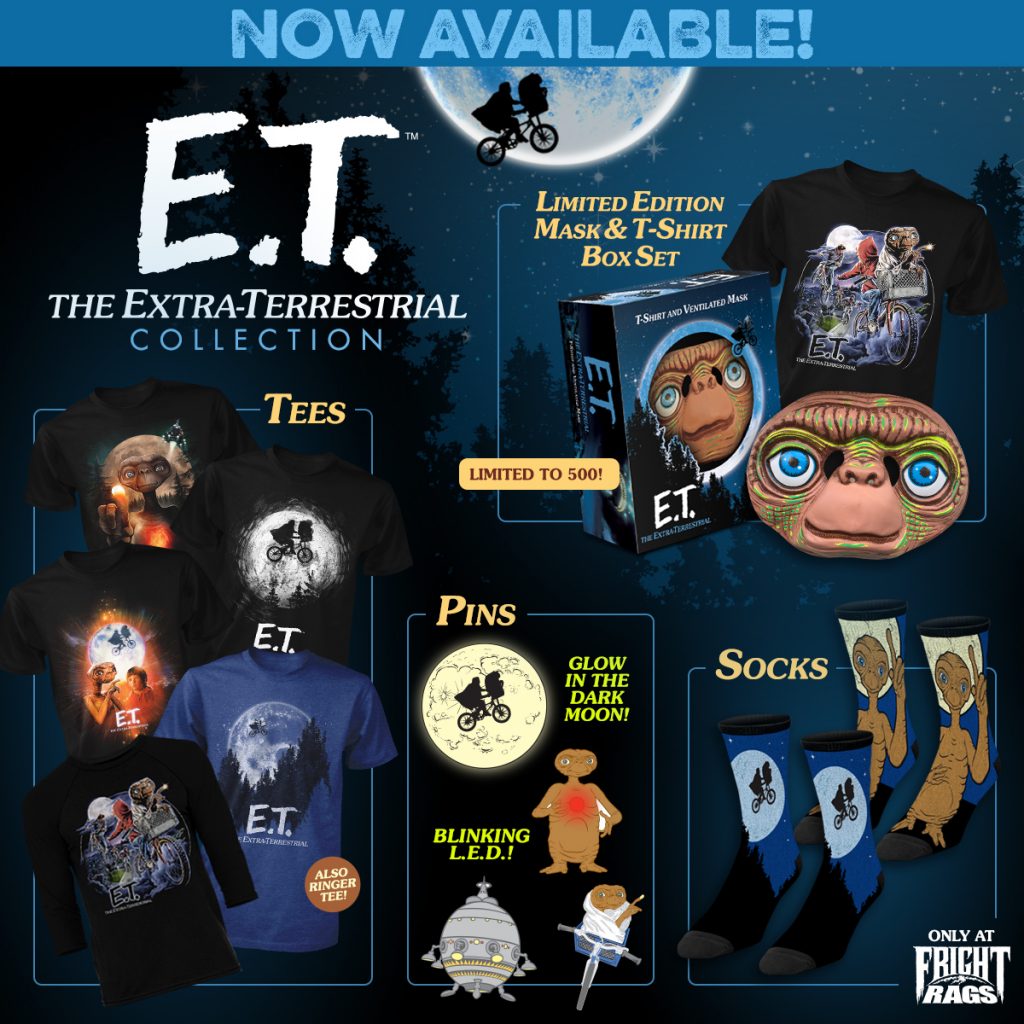 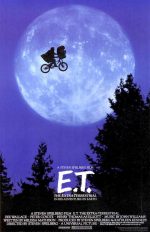 Relive the adventure with Fright-Rags’ E.T. box set, which features an exclusive t-shirt designed by Justin Osbourn and a retro-style ventilated mask packaged in a collectible window box; limited to 500 units.

Paul Shipper, Christopher Lovell and Dan Norris have all designed new T-shirts (including tri-blend or blue ringer tees) for the E.T. collection. Justin Osbourn’s design is also available outside of the box set on baseball tees.

The E.T. collection also includes two styles of custom-knit socks and four enamel pins; including one with a light-up heart and another with a glow-in-the-dark moon.

Phone home and let your family know that Fright-Rags’ E.T. The Extra-Terrestrial collection is on sale now. All items are in stock and ready to ship with the exception of the box sets, which will begin shipping in mid-September. Be good by visiting Fright-Rags.com 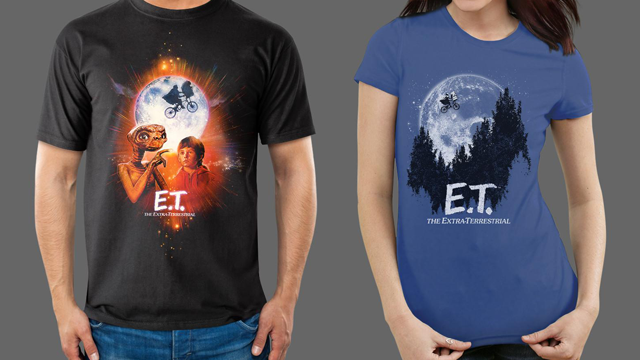