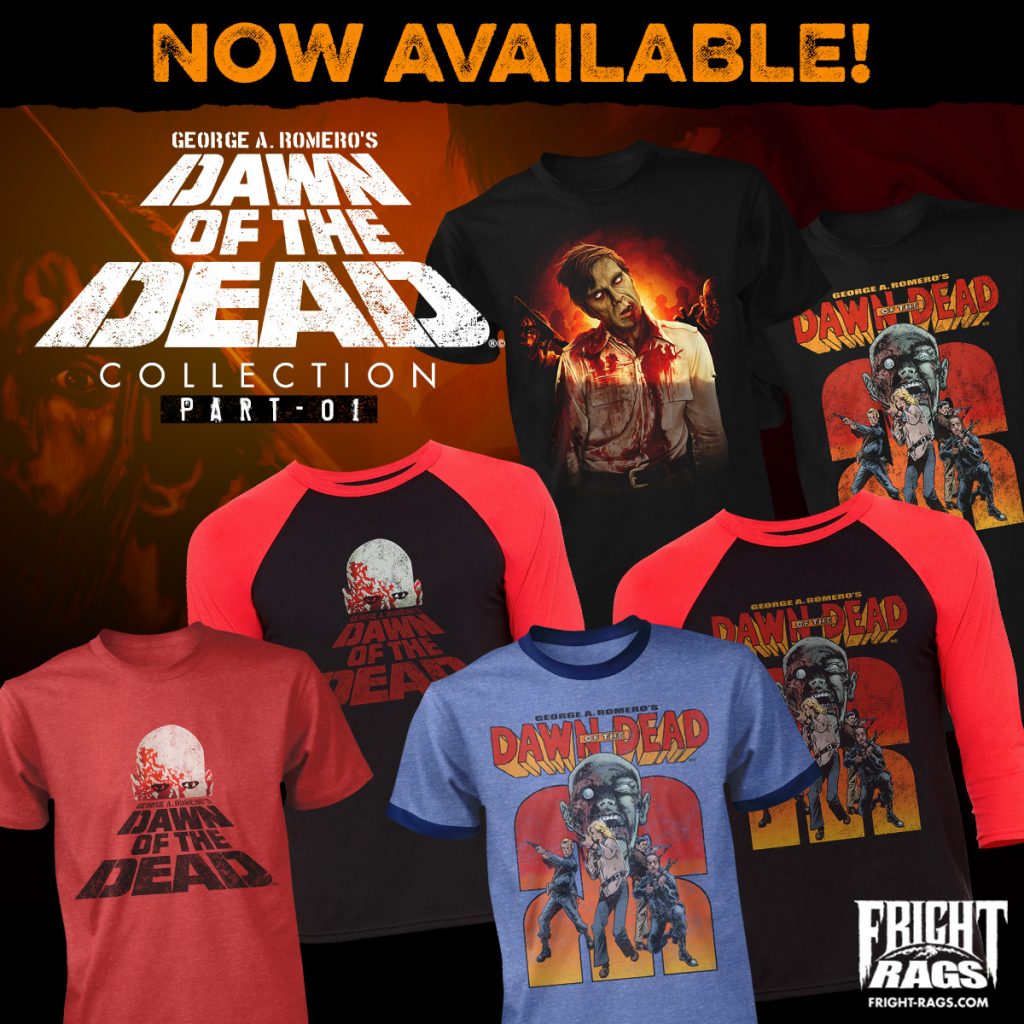 Fright-Rags have released new merchandise relating to George A. Romero’s Dawn of the Dead, Adam Green’s Hatchet and Rob Zombie’s House of 1000 Corpses. So, when there’s no more room in your closet, the dead will truly walk the earth! There’s no turning back…

In 1968, George A. Romero brought us Night of the Living Dead. It became the classic horror film of its time. Then, in 1978, Romero brought us the most intensely shocking motion picture experience for all time. Fright-Rags’ Dawn of the Dead collection of killer t-shirts featuring a comic book-style design by Nathan Thomas Milliner, a Flyboy design by Sam Coyne and the classic Dawn of the Dead logo design from the theatrical poster. Enamel pins are also available for your flight jacket. 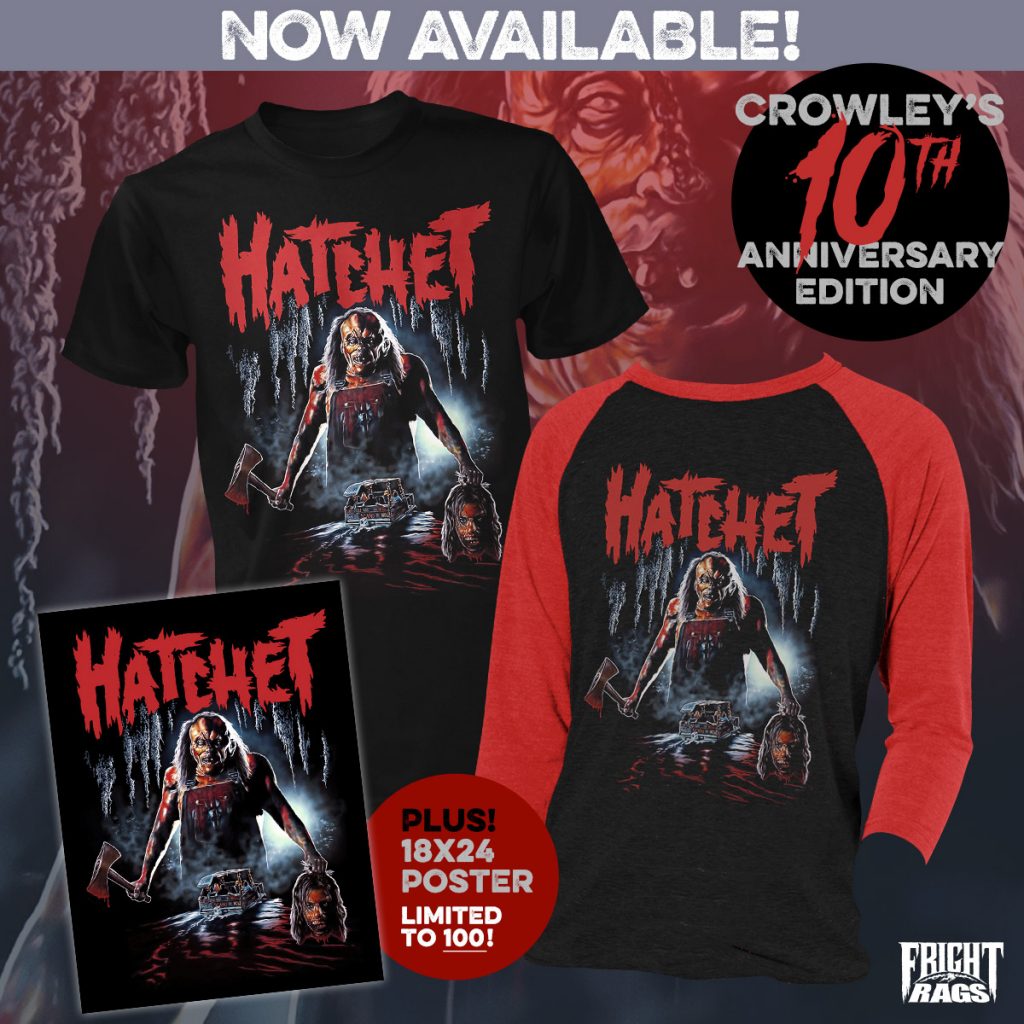 2017 marks the 10th anniversary of Hatchet, Adam Green’s throwback to the golden age of the slasher subgenre. To commemorate the occasion Fright-Rags have released gory merch featuring artwork by Ralf Krause, available on t-shirts, baseball tees, hoodies and 18×24 posters. Victor Crowley lives! But you shot him, right? Maybe you gotta shoot him more times. Like four…or six…maybe you gotta shoot him six times? 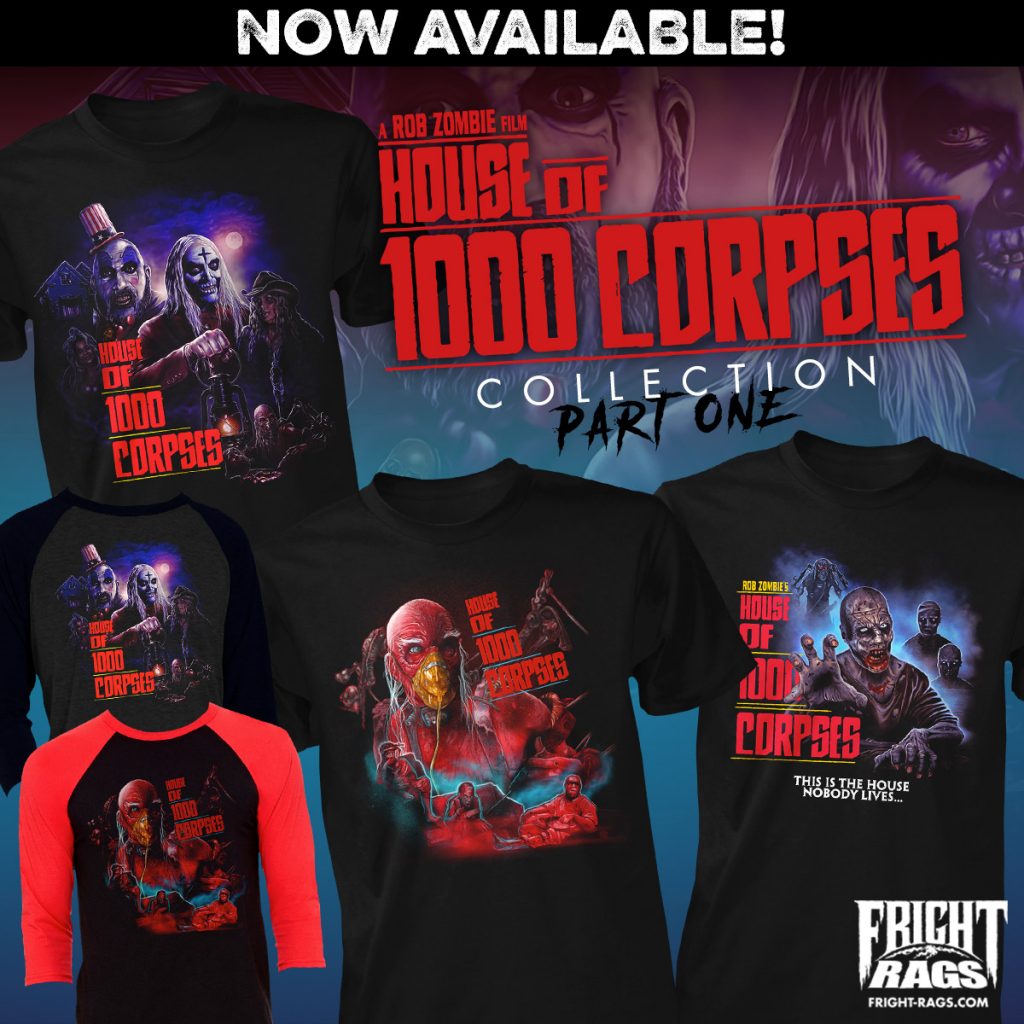 “The most shocking tale of carnage ever seen.”

Fright-Rags dares to enter the House of 1000 Corpses, Rob Zombie’s directorial debut. Artists Ralf Krause, Scarecrowoven and Marc Shoenbach like to get fucked up, and do fucked up shit, offering new designs based on Captain Spaulding, Otis, Dr. Satan and the rest of the Firefly family. It’s all true. The bogeyman is real and you found him. Now, why don’t you just take your Mama home some chicken and then I won’t have to stuff my boot all up in your ass!

The Dawn of the Dead, Hatchet and House of 1000 Corpses collections are on sale now and can be purchased at Fright-Rags.com 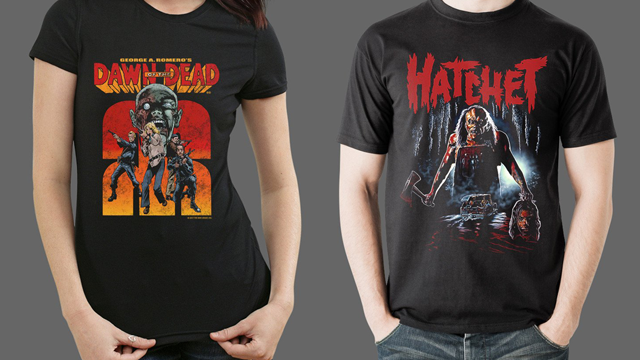