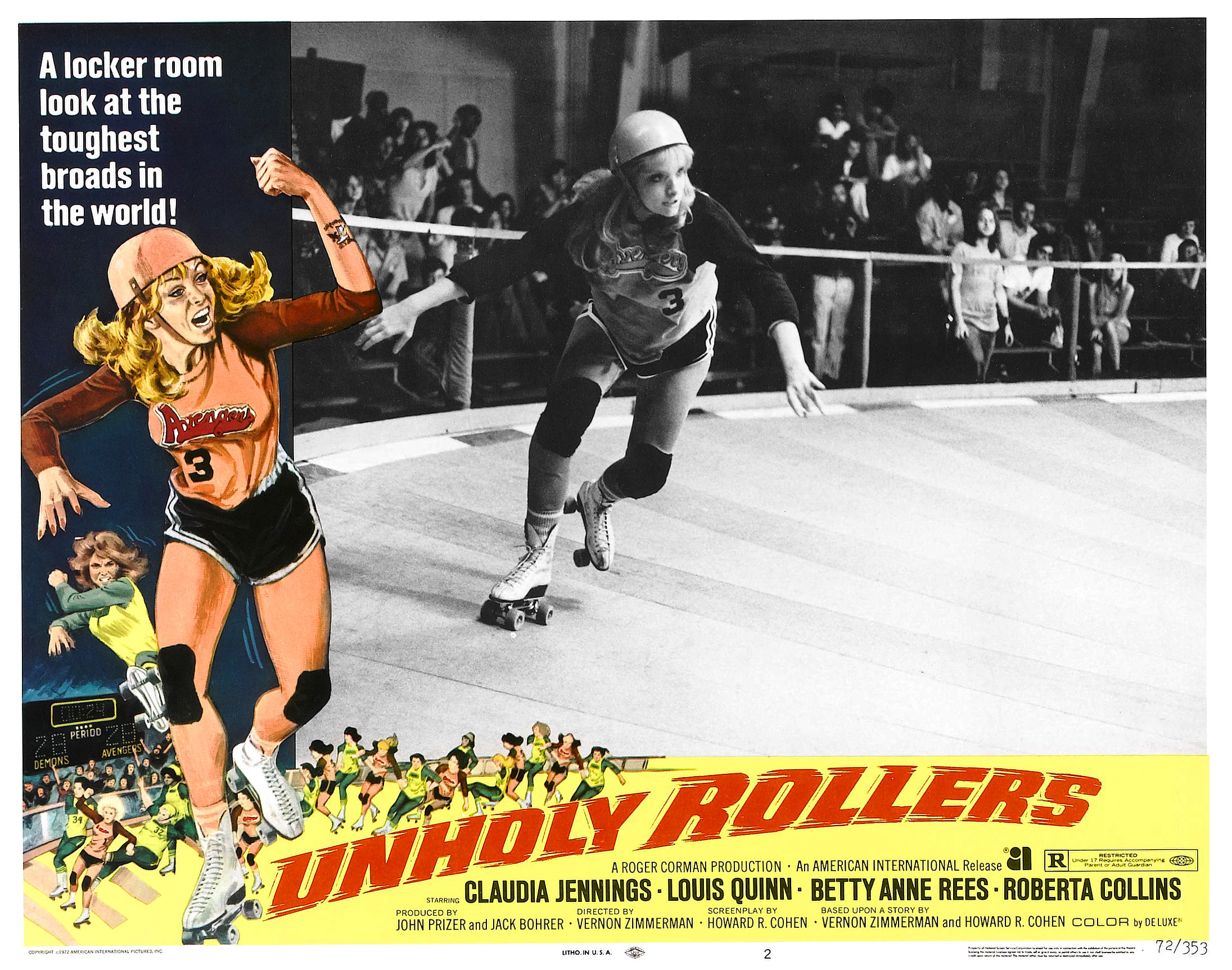 In 1975, Claudia [Jennings] began dating renowned Hollywood producer, Si Litvinoff. He is one of the most respected individuals in the entertainment business. His best known film is A Clockwork Orange, one of the most controversial and influential movies of all time. Mr. Litvinoff also produced Walkabout, directed by Nicolas Roeg, a film that made a star out of a young Jenny Agutter, an unknown who was sixteen years old when the movie was shot.

Si Litvinoff began his career as a lawyer and agent in New York City. He represented such artists as Andy Warhol, Joel Grey, Rip Torn, and Beatrice Arthur. He was also responsible for more than fifty stage productions including many for the Oakwood Playhouse where Dustin Hoffman, Barbara Streisand and Peter Fonda began. His varied career includes being the Executive producer for the Doobie Brothers HBO special Listen to the Music.

Mr. Litvinoff and Nicolas Roeg began work on The Man Who Fell to Earth that same year. They had considered Peter O’Toole for the lead role. The director and producer both agreed that Bowie more completely fit the profile of the alien stranded on Earth, and it turned out to be an inspired choice…

Claudia knew Bowie, since she and Ava Cherry, who was Bowie’s backup singer and girlfriend, were friends. They also lived together for a while, in an apartment Claudia was watching for Natalie Wood and Bob Wagner.

The production was notable as the first British film, filmed in America, with a British crew and with British financing. Roeg chose White Sands, New Mexico for his location. 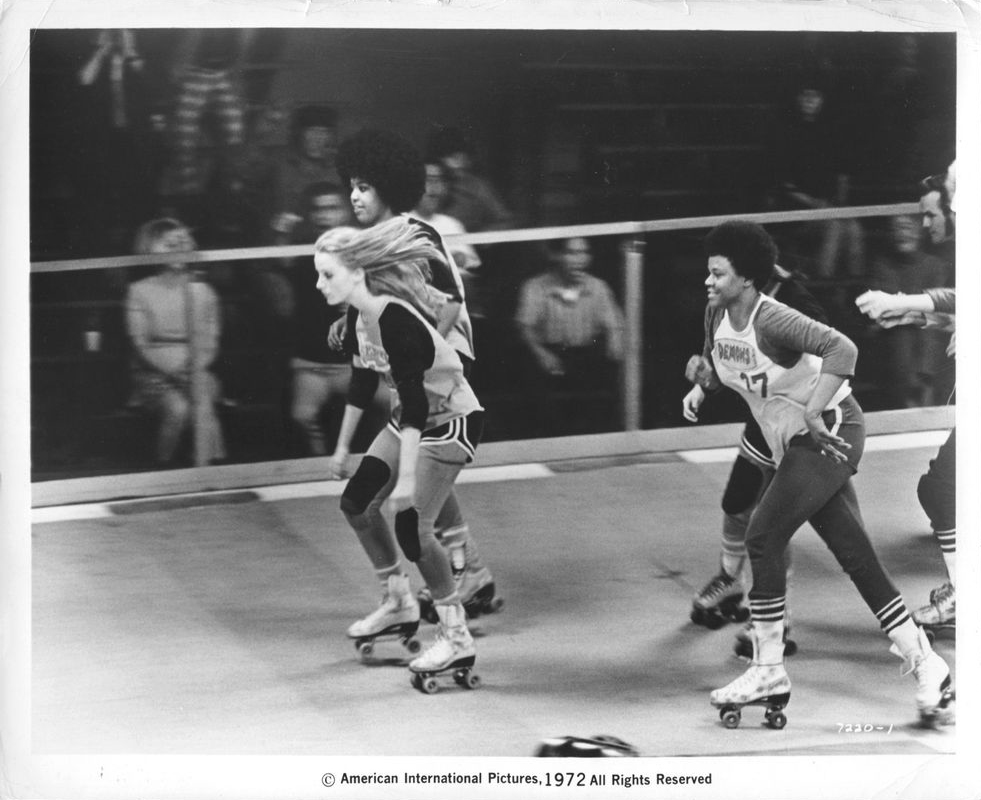 Mr. Litvinoff generously shared his recollections of Claudia and the experience of making The Man Who Fell to Earth.

“I relocated to California after six years in London. I had an office on the Colombia Pictures lot where I was developing a film Niagara Falls to be directed by Howard Zieff and also Out of Africa to be directed by Nicolas Roeg.

A very aggressive agent was apparently showcasing Claudia to various producers’ offices including mine. He did the same with Linda Evans. Sometime later I was having dinner at Mr. Chow in Beverly Hills with my beautiful English girlfriend who had just flown in from London. Claudia suddenly appeared at the table and requested that I come to her table and meet her parents and Bobby Hart.

Very shortly thereafter I was at a party in Beverly Hills that Tony Richmond took me to and Claudia was there and came home with me. Apparently, her long time relationship with Bobby Hart had just ended. I knew she and David Bowie were friends so I asked her to do the film for $15,000, for a small role. She would also babysit my children while we were on location.

She loved to go to a private and popular backgammon club on La Cienega, (Pips) I don’t remember the name of it, went only once with her and never again, as I did not enjoy backgammon. She liked to gamble and en route to the New Mexico location, she would fly first to stop in Las Vegas and then arrive with gifts. She was always giving me gifts and photos of herself.”

“By the way, one of my memories is that I remember vividly her saying that all women wanted to be with musicians. Why she said it I don’t remember.”

“I also remember her telling me that she was on a private jet once, and that she saved Keith Richards from an overdose. She was ambitious and had an aggressive agent during my time. If she had gotten Charlie’s Angels all might have escalated. Guess the competition was stronger. Nevertheless she was doing fine at her age and the future may have been bigger, but…”

Once in town for the shoot, Claudia Jennings was immediately recognized and received more attention than did David Bowie. She was a cult figure even in 1975. The film, however, had its challenges. A group of Hell’s Angels happen to be camped nearby. Rip Torn, one of the film’s stars was apparently on some sort of alcohol or drug induced mania and had to constantly looked after. Bowie was staying up all night and took to snorting No-doze to be alert during filming. Cameras jammed up unexpectedly, seemingly without cause. For Claudia, it was a dream come true, though. She was working with a veteran, respected director on a major film. This is what she had been waiting for. The movie’s troubles did not affect her.

The most daunting challenge The Man who Fell to Earth faced went on far away from the set. Paramount pulled out of the project and was replaced by British Lion. When they saw the movie Nicolas Roeg had created, they panicked and cut thirty minutes of the film. The movie was still a beautiful, but nearly incomprehensible work. Because of all the legal squabbles and quarrels, the film barely made back its budget. The studio refused to pay David Bowie for the score he wrote, replacing it with music by John Phillips of The Mamas and The Papas. There was no soundtrack release because of more legal disputes.

Claudia’s appearances in the film are limited. There is one striking scene where she is nude and lifted out of a swimming pool by her equally nude husband, Bernie Casey. They engage in a passionate embrace, both of their bodies so perfect it almost looks as if two Greek statues have come to life. A focal point of the shot is the image of Claudia’s hands, in reverse silhouette, caressing his broad black shoulders with impossibly long and absolutely perfectly shaped fingers. Her one line of dialogue comes shortly after, when after the couple have put their children to bed, he asks her “I wonder if we do and say the right things.” Claudia looks up and questions “To the children?” Casey answers while looking at a picture of himself in his General’s uniform. “Anything.” 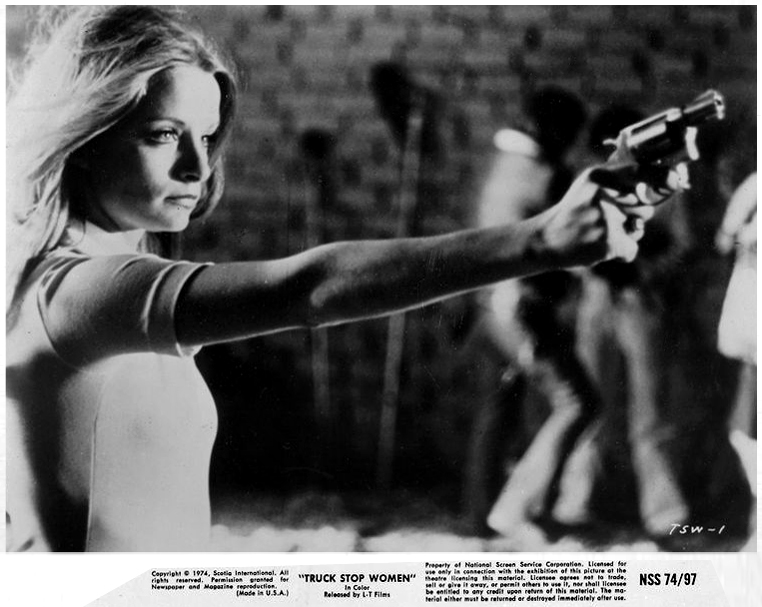 This is actually an important part of the film, coming right after Casey’s character was duplicitous in the murder of Bowie’s friend and partner.

The film, sold to the distributor to recoup the production costs, disappointed at the box office. Eventually, Nic Roeg was able to edit the missing footage and release a director’s cut, one of four versions in circulation. The restoration changed the film from baffling mish-mash of scenes into a more coherent masterpiece. It remains a cult classic and a very influential piece of cinema.

Nicolas Roeg was gracious enough to share his memories of Claudia with me.

“Strange your interest, Eric, but also rather moving. I remember Claudia for the one little scene she agreed to do when we were on location. It was the scene where she is helped out of the swimming pool by a wonderfully fit African-American boxer [Note: Bernie Casey was a professional football player], which the two young people agreed to do.”

“The tragedy of her death was quite shattering, but in a strange way perfection for the scene upon reflection.”

“There is nothing further I can say about them, in a curious way her tragedy has made the scene unforgettable. Personally, I only met her for the morning of the shoot. One day, virtually an hour in the day, at most.”

I believe Claudia must have felt satisfied appearing in The Man Who Fell to Earth. She was able to play a mother shown, in one of her few scenes, putting her children to bed. Claudia desperately wanted to have a family of her own, and this was the only opportunity she had play a mom in one of her films or television appearances. While her role was unbilled and her screen time was very limited, her impact on the movie was much greater than her brief appearance would indicate.

This excerpt was taken with permission from the upcoming Claudia Jennings biography, written by Eric Karell. Copyright 2017, Midnight Marquee Press.