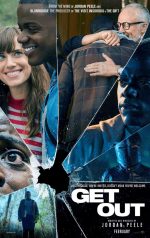 In Get Out writer-director Jordan Peele creates a truly nightmarish version of Guess Who’s Coming to Dinner? infusing it with social commentary, satire and nail-biting scares in a fresh, smart, and truly suspenseful debut feature. It’s his first notable creative foray outside comedy since Key & Peele folded in 2015.

The story concerns Chris (Daniel Kaluuya), who is invited by his girlfriend of five months, Rose (Allison Williams) to travel upstate for the weekend to meet her parents.

Chris is concerned about how Rose’s privileged white family’s might react to him, as she hasn’t told them that her boyfriend is black. Meeting the parents is a frightening prospect at the best of times, but Get Out offers a vision of a black guy’s unnerving entrance into a particularly unorthodox white world.

Chris’s girlfriend brushes off his concerns, assuring him that her parents are liberals and that he has nothing to worry about. From their initial encounter, this seems to be the case. Rose’s father, neurosurgeon Dean (Bradley Whitford) and hypnotherapist mother Missy (Catherine Keener) are easy-going and welcoming. Rose’s less likeable brother Jeremy (Caleb Landry Jones) also turns up, but tends to get drunk and say embarrassing things at the family dinner table. 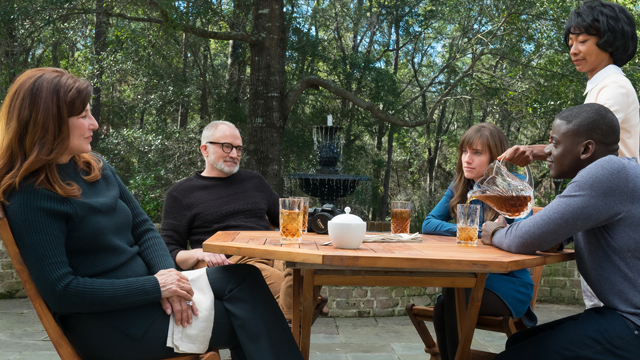 However, Chris can’t help but notice that the domestic staff consists of a groundskeeper named Walter (Marcus Henderson) and a housekeeper named Georgina (Betty Gabriel), both of whom are black, but whose demeanour is strange and inconsistent.

Chris starts to feel uncomfortable, as small abrasive incidents begin to accumulate, beginning with Dean’s banal affirmation of his admiration of Obama and the achievements of black Olympic athlete Jesse Owens. Chris declines Missy’s cold insistence to hypnotize him out of his smoking habit, but as he sneaks out at night for a cigarette, he is particularly shocked by the odd nocturnal behaviour of the black servants.

It turns out that a party has been scheduled for that very same weekend, and scores of affluent white people descend on the house. Some moments of cringeworthy comedy ensue, as they express their ‘friendliness’ by comments that underline the trite assumptions that white people make about the interests and advantages of the black community. 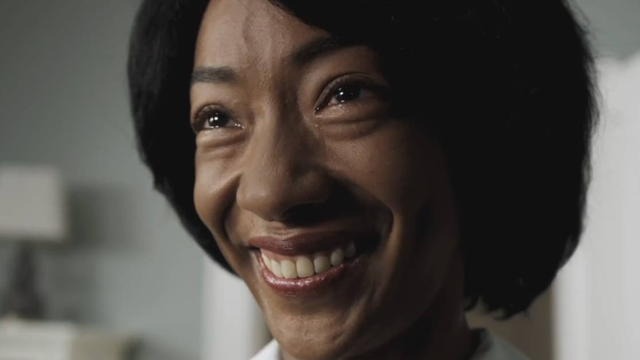 These white people don’t consider themselves racist and don’t realise how their barely veiled references as to how well-endowed Chris must be or how his ‘genetic makeup’ would make him a great athlete are reductive, stereotypical and vaguely fetishist.

This notion of being objectified and fetishized is one of the disturbing elements of Get Out, though in this case it concerns the body of a black man, rather than a female.

Chris clearly has deep feelings for his girlfriend Rose, so he endures it all calmly with a wry smile that seems born of years of having to listen to clueless white people trying to be cool in front of him. Peele’s subtle screenplay proves to be a mordant critique of liberal white suburbia.

British actor Daniel Kaluuya gives an assured leading turn, delivering the tragi-comic and horror elements of the film with sympathy and confidence. The tension builds in every scene as his misgivings escalate into a realisation of the full horror of his predicament. 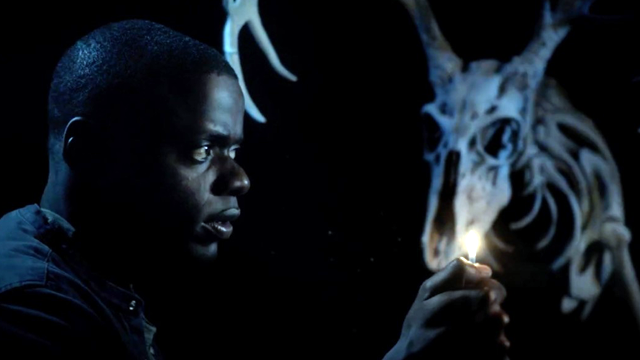 The sense of unease is also due in great part to a masterful performance by Allison Williams as girlfriend Rose – an attractive, upright, mellow, yet privileged young woman. You will question every assumption you make about her right up to the denouement. LilRel Howery, playing Chris’s best friend Rod, offers some much-needed comic relief whenever the movie starts to get uncomfortably tense.

Get Out is forthright in its themes, but the success of Peel’s movie is partly due to the deft way that an accumulation of small remarks and occurrences keep us guessing as to what the full horror of the situation may be. The beauty of Kaluuya’s central performance is that whatever your race or background, you are able to relate in some way to Chris’s plight – his desire to fit in with the community of the person he loves, while simultaneously wanting to shake his head in exasperation at their annoying inanities and odd habits.

Get Out (and recently Anna Biller’s film The Love Witch) provide a welcome return to the tradition of social commentary within the horror genre. In more recent times, that tradition was side-lined and replaced by jump-shocks and predictable thrills aimed to satisfy a teen audience used to instant gratification. It’s encouraging to see some horror movies that remind us of the genre’s power to address some of society’s most unpleasant aspects. In the current social and political climate Get Out would seem to be the right movie at the right time.