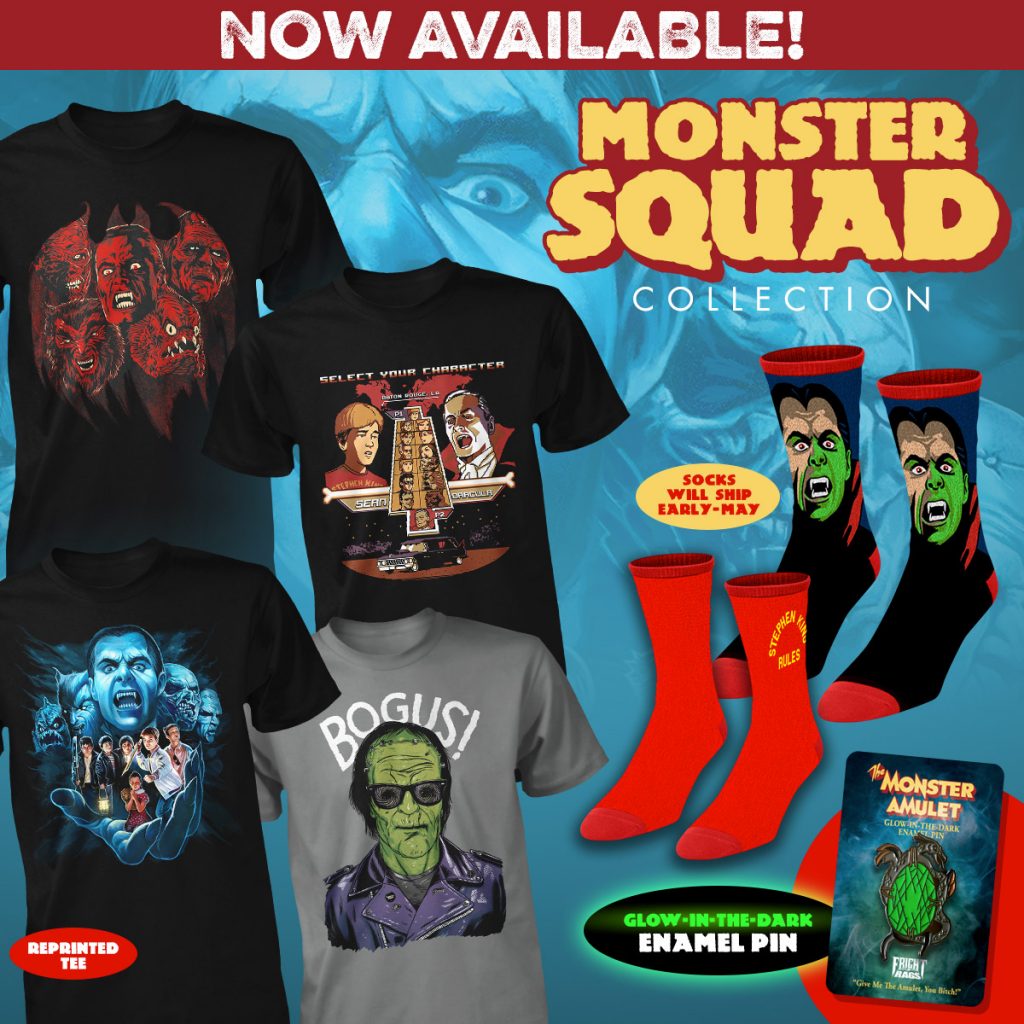 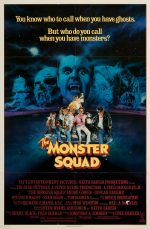 I think there are monsters, like real ones! There was a guy screaming he was a werewolf… Wolfman’s got nards! Now, where the hell am I supposed to find silver bullets? What!? You can acquire them for us? Then you’re the perfect candidate for The Monster Squad. Join the goddamn club with Fright-Rags’ collection of merchandise dedicated to Fred Dekker’s 1987 cult classic.

We almost forgot to mention the two pairs of custom-knit socks: one featuring Count Dracula and another stating “Stephen King Rules” as depicted on a t-shirt in the film. Finally, you can own the all-powerful amulet; recreated as a glow-in-the-dark enamel pin. “Give me the amulet, you BITCH!”

The Monster Squad Collection is on sale now at Fright-Rags.com. T-shirts and enamel pins are currently in stock, whilst the custom-knit socks will ship in May. “Something’s out there and it’s killing people! And if it’s monsters, nobody’s going to do a thing about it except us!” 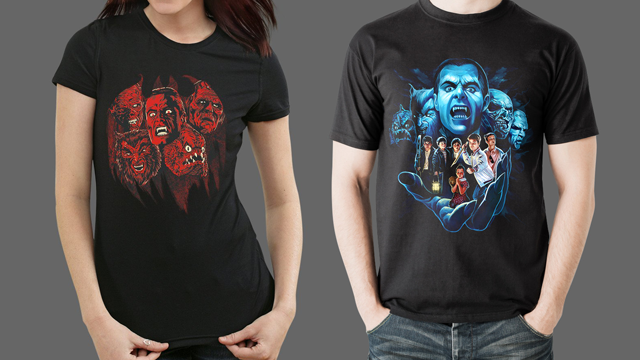