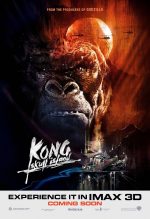 Coming into this movie I’ll be honest, I wasn’t sure what to expect. I absolutely love monster movies, I always have. Jaws, The Creature from the Black Lagoon, Cloverfield, Alien, Gremlins, Predator [and] The Host are all stand-outs, but the daddy of them all has to be King Kong.

When you discuss monsters on film especially giant ones, Kong would be the first on everyone’s lips, closely followed by Godzilla. I love the original 1933 version, who doesn’t? Hey I even dig the Jeff Bridges version, but I’ll say it out loud I hated the Peter Jackson version. Firstly because it didn’t try anything remotely new and considering Jackson was riding the wave of his multiple Oscar victories from The Return of the King and seemingly could do nothing wrong, I thought his version boring. The SFX were piss-poor and he abandoned everything I initially loved about him as an innovative filmmaker. He strayed way too far with the CGI as he was a true pioneer when it came to practical effects from his Bad Taste & Braindead days to using a fair bit in his Lord of the Rings trilogy. I acknowledge that you need to use CGI when it comes to Kong himself, but literally everything didn’t feel authentic. 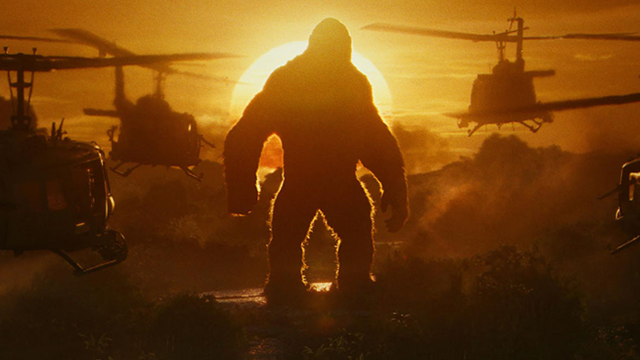 Another thing that scared me was remembering the latest Godzilla movie from Gareth Edwards, which I thought was appalling. I was almost tempted to exit the cinema during Godzilla, but somehow stayed as I truly believed it may have gotten better later into the film? Unfortunately I was wrong.

With the news that both creatures are to coincide within a shared universe (like everything these days) and face off in a future movie, I had a bad feeling I was about to sit through similar shite, but nope, I was was wrong again!

Kong: Skull Island is a total throwback to the fun, action adventure movies we got throughout the 80’s and early 90’s. There’s so much to like here and it’s hard not to enjoy, so even though it’s had respectable reviews, it certainly hasn’t taken the world by storm. Don’t get me wrong it’s not going to win any awards, but it’s clear that wasn’t it’s aim. It’s main purpose is to give the audience a nostalgic, happy time and to entertain. The movie is about a giant friggin ape, so don’t come out bitching afterwards as it says what it is on the tin! 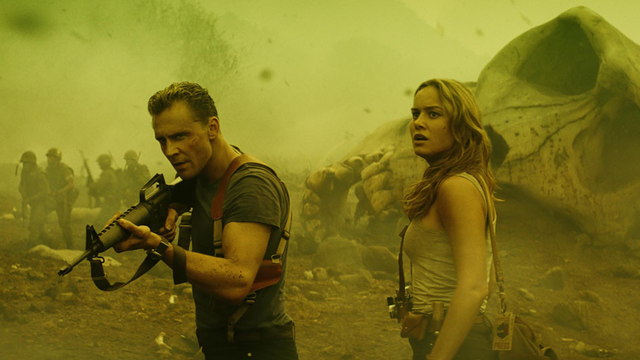 Being a huge fan of movies such as Raiders of the Lost Arc & Jurassic Park, Kong: Skull Island almost makes it into those brackets. People will shout me down with that statement, but ask yourself if this movie was made in the 80’s you’d be loving it?

Plot-wise; you can guess what it’s about from the trailers. A misfit group assembled by the magnificent as always John Goodman, including the classic adventurer Tom Hiddleston, the very cute photographic journalist Brie Larson and a mad as hell Vietnam hero Samuel L. Jackson along with his bunch of very likeable team of soldiers head to a mythical island as there’s been reports of something maybe prehistoric lurking there. Obviously everyone thinks Goodman is talking nonsense, but they head there anyways and I’m certainly glad they did. Skull Island is shown in a completely different way to what’s come before. Setting the movie in 1973 is genius as the fall out from Vietnam and the funky soundtrack we get blasting throughout is delightful. 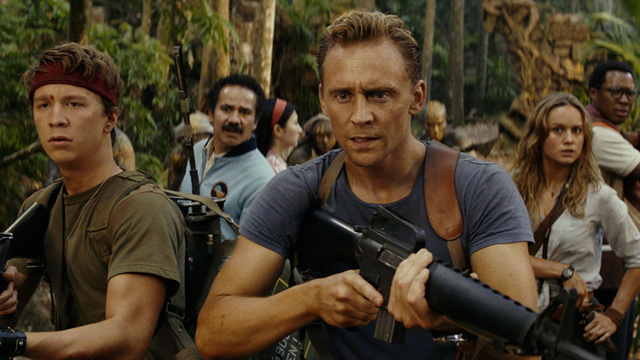 There’s no messing about either as the action kicks right from the off with a fabulous sequence which sees the appearance of Kong taking on the multiple choppers coming in to land. It’s a wonderful nod to the original and bags of fun. It’s doesn’t slow down either as every ten minutes there’s another piece of action or deadly creatures wanting to massacre the team. It’s here I should note that the movie must have just scraped its 12A certificate by the skin of its teeth as there’s enough blood, carnage and limbs flying off to put a Blumhouse horror film to shame, including one very gnarly throat impaling which resembles Cannibal Holocaust, haha I fucking loved it!

Kong himself is brilliant, possibly my favourite to be shown on screen. He’s bloody giant, but certainly not invincible which shows a vulnerability which makes you root for him even more. The director doesn’t make him overly sympathetic either, but there’s enough foundations laid. 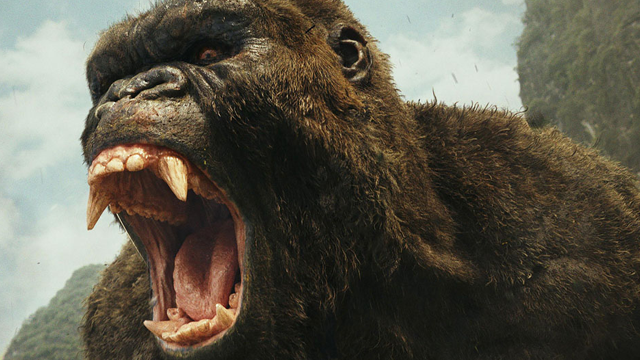 Everything in Kong is on the money. CGI great, set pieces great, direction, soundtrack and atmosphere are all nailed, but the overall standout is John C. Rileys character of Hank Marlow. He absolutely steals every scene and is worth the admission alone just for his performance.

Obviously Kong: Skull Island is the first part of a bigger planned universe, but I’m so glad director Jordan Vogt-Roberts solely focussed on just making a kick-ass movie first and foremost. Where the character goes from here is anybody’s guess, but for now based on this movie alone, Kong: Skull Island is a darn good time. It’s basically a B-movie with A-List actors, and I condemn anyone who doesn’t sit back and enjoy this silly, over the top action adventure.