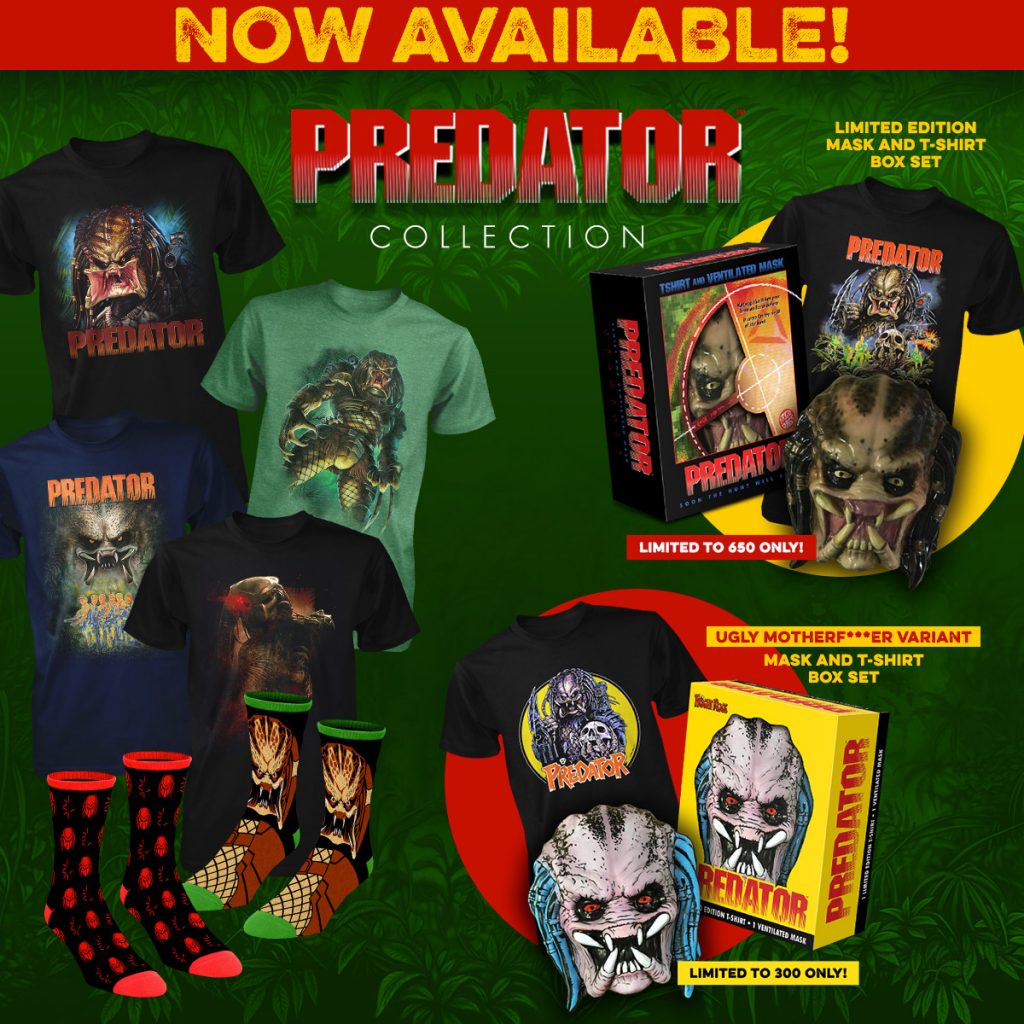 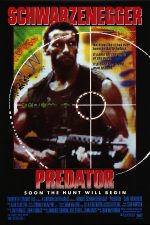 In Predator, John McTiernan’s 1987 sci-fi cult classic, Arnold Schwarzenegger taught us that “If it bleeds, we can kill it!”. For the 30th anniversary, Fright-Rags has released the Predator Collection; and the return of their popular mask and t-shirt box sets.

There are two versions available, each featuring an exclusive tee designed by Justin Osbourn and a retro-style ventilated mask packaged in a collectible window box. The standard version (limited to 650) is based on the Predator’s appearance in the movie, whilst the ‘ugly motherfucker’ variant (limited to 300) is inspired by 1980s horror trading cards.

The hunt is on now at Fright-Rags.com. Tees/hoodies are currently in stock, whilst the custom-knit socks ship approximately in April and the box sets in June. Quantities are limited, so… “Get to the chopper!” 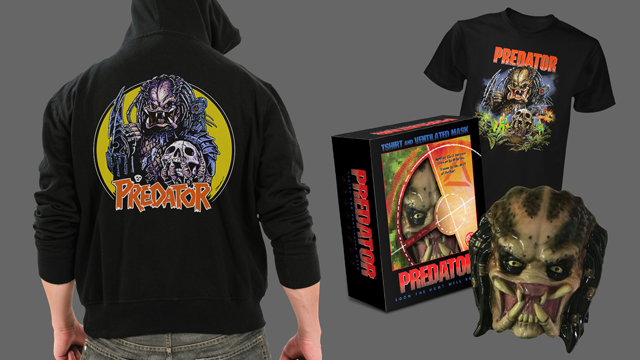