Supervised and approved by director Richard Kelly, the Arrow Films 4K restoration of Donnie Darko was released to UK cinemas on the 16th December 2016.
The 15th Anniversary edition will also be released in US cinemas from the 31st March 2017. 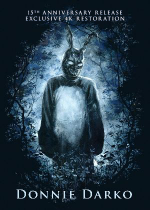 Donnie Darko has been firmly entrenched in my favourite top ten films since it first hit cinema screens in 2001. I re-watch it fairly regularly, every year or two, and I’m always engrossed.

If you’re expecting me to explain the movie for you, I’m afraid that I’m just as unlikely to do so as Richard Kelly or Jake Gyllenhaal themselves. Besides, you know you don’t really want me to, because if I did explain what every twist in the film means and how it all fits together, the movie wouldn’t be half as much fun, or intrigue you half as much. No-one really wants to see inside the workings of a cuckoo clock, they just want to see the odd little bird pop out. 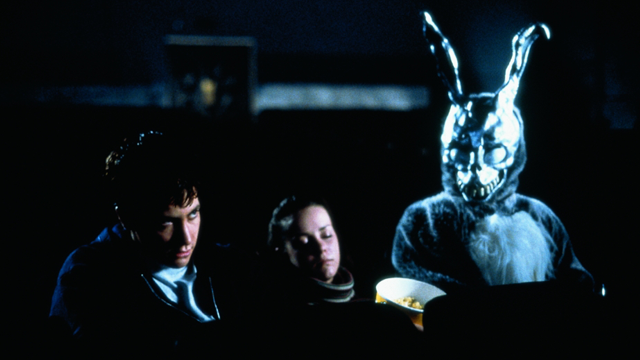 Its ambiguity is part of the reason for the movie’s success as a popular, cult artefact. If you do insist on a logical explanation, you may also have to face the fact that you have an anally-retentive personality disorder, and who wants to do that?

It is pretty clear that Donnie Darko is intended to be a kind of fable – the story of a teenage boy who receives bulletins about the future from a large, demonic-looking rabbit, where he sees liquid spears flowing out of people’s chests and can see time-portals which impinge on and alter, reality.

To make this kind of fantasy work, you really need to ground it in a realistic setting, or it will collapse under the weight of its own weirdness, as so many of the ‘wannabe’ imitators have found to their downfall.

Kelly clearly had a knack of creating an ominous atmosphere out of the materials of everyday life. The mysterious jet engine that no airline will admit to owning, works wonderfully well as the linchpin of his story. His characters, right down to the supporting ones, are developed, individual, fresh and interesting. They all have their place in the story and Kelly never gives way to the easy temptation to reduce any of them to formulas. A great deal of the movie’s appeal comes from the fact that we engage with all of the characters to a certain extent, and so we respond to them – with curiosity, with repulsion, with amusement, with empathy. 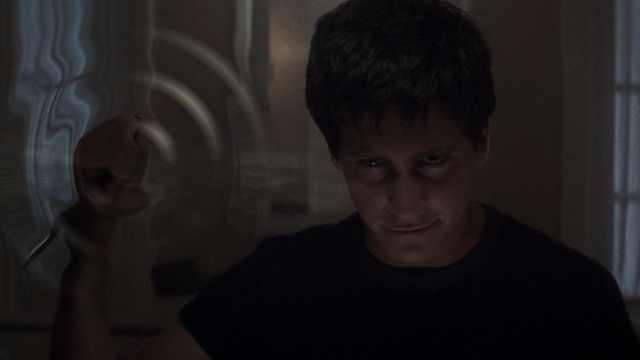 Donnie, unusually for a teen in movies, comes from a happy home. His mother (Mary McDonnell) is sensible and loving in the face of distress, his father (Holmes Osborne) is cheerful and imperturbable. When called in for a conference with the principal—his parents show their intelligence and groundedness by being less shocked than rightfully amused.

In Jake Gyllenhaal, Kelly found a young actor adeptly able to suggest a character who is disturbed, but never frightening. Gyllenhaal’s Donnie is instead, perceptive, curious, eccentric, sardonic, sometimes lost or vengeful, yet he always remains sympathetic and compelling.

In choosing to cast Gyllenhaal’s real life sister (Maggie Gyllenhaal), Kelly succeeded in establishing a believable family dynamic – liberal, bickering, funny and supportive. Donnie also finds a kind but troubled girlfriend (Jena Malone) who becomes a catalyst for some of the events during the course of the movie.

Nevertheless, disturbing undercurrents are gathering. Donny is seeing a psychiatrist (Katharine Ross), who uses hypnosis to discover that his scary nocturnal rabbit-guide-hallucination has informed Donnie that the end of the world is near, and is goading him into a sequence of dubious sleepwalking excursions. Far from being the conventional example of a detached professional, she grows increasingly concerned and compassionate regarding Donnie’s inner turmoil. 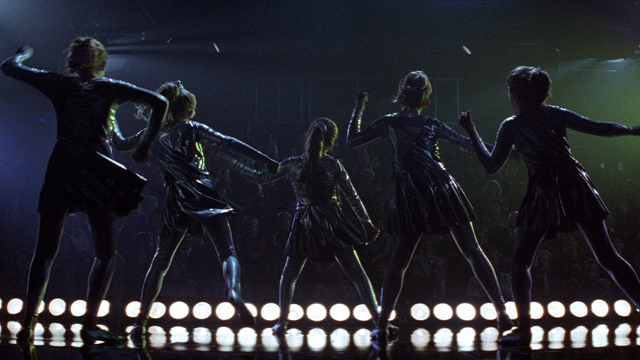 Imitations and sequels have fallen by the wayside because of the simple fact that Donnie Darko is a one-off – a unique moment when the planets aligned for Richard Kelly – when time, era, words, images and music were right, and his odd little bag of ideas twitched into life. The act of successful creation can be a disconcertingly arbitrary event.

It’s not easy to re-create either, as he has since found. Donnie Darko was Kelly’s first feature out of film school and was nominated for 21 awards, winning 11 of them. The film later ended up as number 2 on Empire magazine’s list of 50 greatest independent films of all time.

The timing of the film’s release, although coincidental, was perhaps also a factor, coming so close as it did to the tragedy of 9/11 – an event which shook the very foundations of America’s sense of security and seemed to come out of nowhere, as unforseen as…a plane engine falling out of the sky. 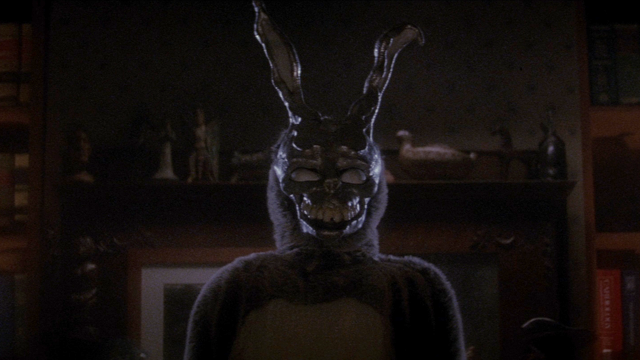 The set-up, the characters and the story development of Donnie Darko is nothing less than fascinating. We have odd occurrences, surprising twists and then seemingly unrelated events and characters begin to link together, building to an unexpected and original climax. The denouement however, remains forever ambiguous.

Though Donnie is heroic enough to make a Christ-like sacrifice when the “end of the world” comes, it’s possible he never had a choice – just the intelligence and insight to sense the eerie time-warp pattern that was culminating and in which he had to play his part.

The film has an internal logic of its own (at least in my mind) and I could tell you what I think happens at the end and what the movie is about, but my interpretation would by no means be any more definitive than yours.