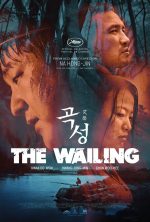 Things can get strange in Korean movies, but this is no bad thing, as recently the Koreans have displayed the knack of breathing new life into old genre tropes, particularly in action and horror movies (such as the excellent zombie flick Train to Busan.)

It’s unlikely however, that any horror aficionado has seen all these tropes thrown with such bravado into the same melting pot, producing such a rich and unsettling brew.

Set in Goksung, a sleepy and remote South Korean village, The Wailing runs a leisurely 156 minutes, stirring in its various ingredients and leaving them plenty of time to simmer into something rather unusual. 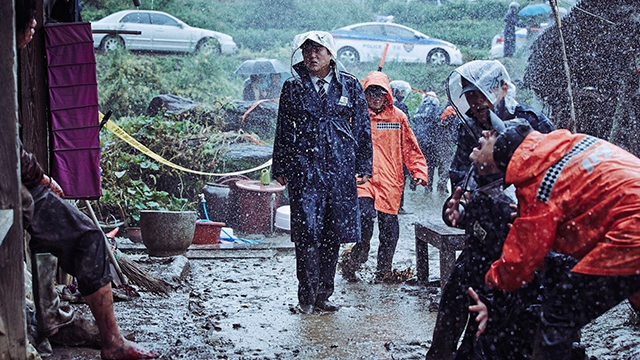 The movie opens with a police sergeant, Jong-gu (Kwak Do-won), investigating a double murder in his usually peaceful, rural village. The crime is grisly and the police are clearly not used to dealing with anything quite so violent. Jong-gu is an amiable, bumbling fellow, rather out of his depth in this kind of situation. This inept but endearing character gives the first quarter of the film an almost comedic tone.

In the wake of inexplicable acts of violent crime, the appearance of a reclusive foreigner (Jun Kunimura) causes suspicion among the villagers. Lurid rashes and boils appear on the townspeople as the random murders begin to plague the village – husbands kill wives, family members slaughter their kin and burn down houses and the perpetrators are led away babbling or catatonic, but invariably blood-soaked. Fuelled by ignorance and superstition, their mistrust quickly turns to hysteria as brutal killings in their community increase for no apparent reason. 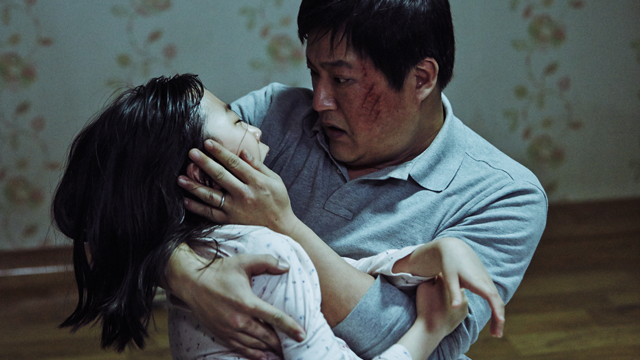 This is initially chalked up to the ingestion of some wild mushrooms but when Jong-gu’s young beloved little daughter Hyo-jin (Kim) begins to exhibit the same symptoms, a desperate Jong-gu agrees to consult a shaman (Jung-min Hwang) and becomes involved in ancient ritual and magic – unknowingly escalating the situation into something even more disturbing and dangerous.

Opening and closing with solemn invocations from the biblical book of Luke, and marked by moments of bizarre humour, The Wailing is a unique Asian concoction, blending various genre tropes to create a mixture that includes a disturbing yet comedic police procedural, a demonic possession, allowing interludes involving exorcisms, death-curse rituals and even the hint of a theme regarding occupation and colonialism. 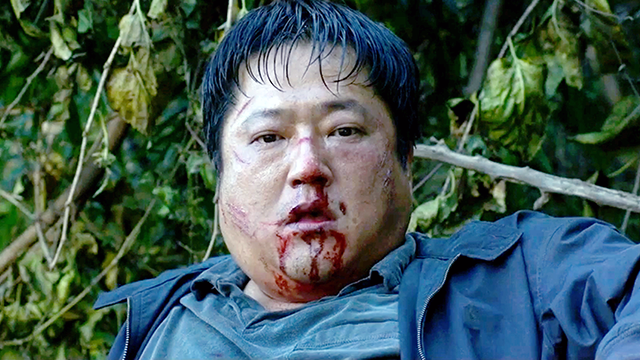 It’s a film you watch in a state of gathering dread —it will scare you, but because of its variety of moods the viewer is never quite on a sure footing, never confident in guessing what might happen next. In a modern horror movie, that is an increasingly rare quality.

The result is both an original horror movie, an occasionally funny zombie flick but also a heart-breaking elegy for thwarted love and broken family bonds. The Wailing becomes a unique creation of its own, setting its terrible events against the gorgeous landscapes and mountains of South Korea. The film, which premiered [in the west] at Cannes, [had] already proved a box office hit in its native country.

Na Hong-jin’s two previous features – 2008’s The Chaser (a serial-killer thriller inspired by true events), and 2010’s The Yellow Sea (an ultraviolent exercise in desolation) – reveal Na as one of the most assured sensibilities currently working in genre film – his action scenes alone can put some established Hollywood directors to shame. The Wailing confirms his reputation as a director to be reckoned with on the international stage.