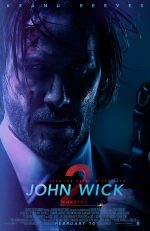 John Wick: Chapter 2 is a ride into hell, or, a hell of a ride – either way it’s going to drag you along with it, maybe gasping, maybe kicking and screaming, but either way, it’s an adrenalin rush. The John Wick movies are all about the momentum of action, with Wick moving so precisely, so speedily and yet so gracefully that it all becomes a mesmerising ballet of Grand Guignol.

A pre-credits action set-piece starts the movie as it means to go on, and cripes, if it isn’t an absolute corker! Tying into the previous film, Russian crime tsar Abram (Peter Stormare), uncle to the now deceased mob brat Iosef Tarasov (who so foolishly stole Wick’s black 1969 Mustang and killed his puppy in the first movie) recounts stories to his sidekick concerning Wick’s legendary reputation, as Wick turns up to reclaim his car.

Ever focussed on his task, Wick repossesses his vehicle, in the process killing off a brace of henchmen in a crazed demolition derby. Having dispatched all comers he arrives blood-spattered in Abram’s office, and brokers a truce that ends the vendetta. 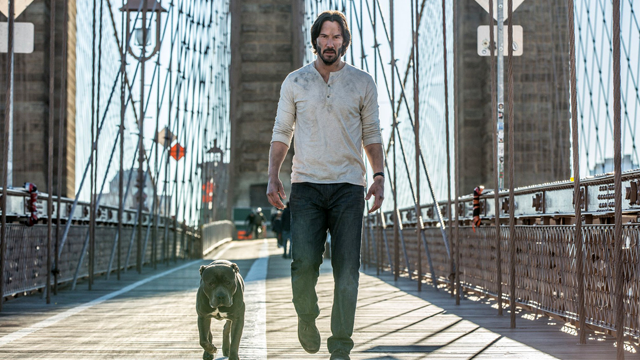 No sooner has Wick buried his array of armaments in the basement of his lovely home a second time, than his doorbell rings. Santino D’Antonio (sinister, smouldering Riccardo Scamarcio), a member of the Neapolitan Camorra, is on his doorstep determined to collect on a blood debt that Wick agreed to as a condition of leaving the assassination business to lead a quiet life with his late wife.

D’Antonio insists that must kill his sister, his late father’s preferred representative at an international council of criminal syndicates, so that he can take her place.

Wick refuses, and pays an immediate price. Seeking refuge at ‘The Continental’, the hotel for hired killers, he is reminded by Winston (the marvellous Ian McShane) that he is bound by the rules of the assassins’ code and must honour his blood debt. 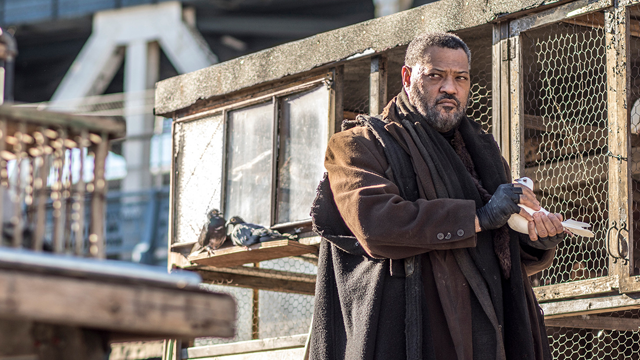 Conscious that it was the intriguing secret network of assassins and their code that distinguished John Wick from all the other revenge sagas, and gave some light relief from the relentless killing, writer Derek Kolstad elaborates on its mythology, expanding the homicidal fraternity beyond New York into an international forum.

Chad Stahelski and cinematographer Dan Laustsen turn every frame of John Wick 2 into a striking visual presentation, making this movie even more arresting and entertainingly surreal than its predecessor.

Sure to engage a younger audience, the film conforms to a video-game-like structure, moving through various ‘levels’ in order to achieve its goal. This results in a dehumanization of Wick’s opponents. They are merely an array of swiftly moving obstacles that he must overcome to reach his destination. 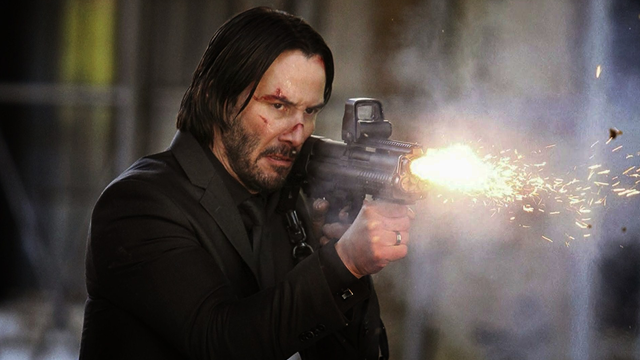 The line between the literal and fantastical becomes blurred, as almost every ‘level’ is presented as either dark, subterranean, and gothic, or sparklingly lit. We have an ornate and gloomy bathroom hung with huge gilded mirrors, shadowy, labyrinthine catacombs, a shining-white subway station and a bright, metallic train carriage.

During a battle in an art gallery, blood splatters the white walls like a Jackson Pollock painting, and in the dazzling, head-spinning climax, an art installation of rotating mirrored panels and flaming video screens transform the slaughter into a bright funhouse of blue, red and white colours, scintillating light and bloody violence. Wick has become an artist, and killing is his art.

In these two movies, John Wick himself is what holds our attention. The camera is pinned to his movements as he swirls amid the chaos, a one-man army, a graceful human weapon, efficiently able to kill, even if all he has to hand is a pencil. The elegantly choreographed action sequences elevate the bloody and brutal confrontations to a dazzling form of modern dance. 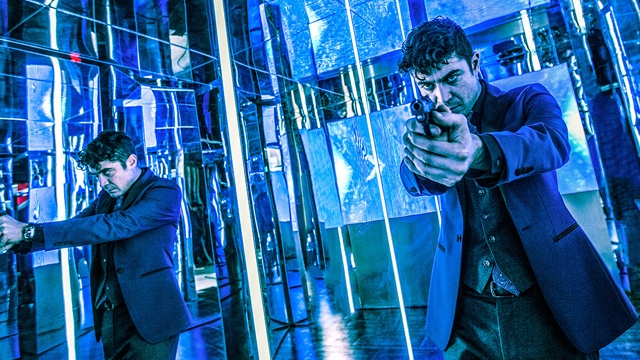 There are lighter moments, such as when Reeve’s old Matrix mentor Laurence Fishburne appears as the ‘Bowery King’, leader of a ring of killers and spies posing as down and outs. Upon their meeting he gives a speech resonant with references back to their previous fictional relationship, causing many guffaws of recognition from the audience.

Despite the flashy gadgets, the sharp suits and the theatrical beauty of the action scenes, it’s hard to escape the sheer amount of death John Wick deals out. Unusually for such revenge sagas, the John Wick films do not balk at examining the murky morals and questionable decisions of the sordid world its protagonist has to deal with, contrasting this with the simpler, sunnier time he experienced just being a husband to the woman he loved. 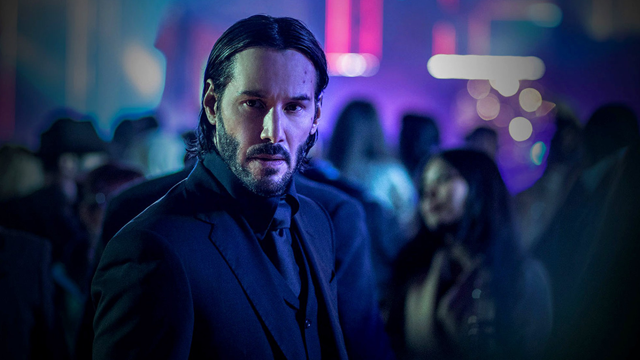 Although (at 52) Reeves is agile, skilled, and acrobatic enough to meet the outrageous physical demands of the role, as an actor he has never been known to excel at conveying subtle or complex emotion. He appears notoriously remote. However, here, his blankness and oddly robotic form of speech enhances the nature of the character: when at work John Wick is a killing machine, he is dead inside, a cipher – all we really know about him is that he loved his dead wife, his dog, and his car.

Every frame where Wick stands alone, particularly those where he emerges from fire or darkness and rain, serves to remind us of the hell that he has been sent to unleash, and that he himself resides in. In one scene he is asked if he fears damnation – he answers with blank resignation, ‘Yes’. He’s made a Faustian bargain and, even in his most operatic melees you may find yourself simultaneously cheering, wincing and commiserating.