aka Bloody Muscle Builder to Hell 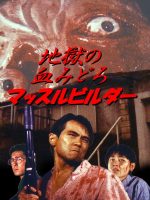 Directed by Shinichi Fukazawa, Bloody Muscle Body Builder in Hell is a Japanese splatter film that pays tribute to the enduring spirit of director Sam Raimi’s The Evil Dead (1981) and Evil Dead II (1987).

During his daily workout, Shinji (Shinichi Fukazawa) receives an unexpected phone call from his ex-girlfriend (Asako Nosaka). She is a photojournalist in the process of researching the paranormal. Remembering a photograph he had shown her when they were dating, she asks if she can see the photo once more; the facade of an old property previously owned by Shinji’s father before his death.

Further photo documentation from within the house would really help with her research… Shinji agrees. Thus the two reunite and arrange to visit the old abandoned property; accompanied by a professional psychic (Masaaki Kai). But this house harbours a dark blood-soaked secret. Once inside they will discover hell, as they find themselves tormented by a relentless ghost with a 30 year grudge… 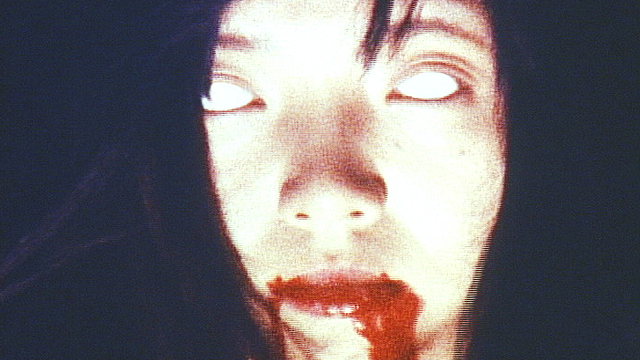 Known as the ‘Japanese Evil Dead’ to those few that have actually managed to get their hands on this no-budget horror flick outside of Japan, Bloody Muscle Body Builder in Hell meshes the SFX style of Nobuhiko Obayashi’s cult horror Hausu (1977) with the comedy and splatter associated with Sam Raimi’s The Evil Dead series.

Unfortunately not much information is available in the English language regarding this remarkable movie. At the time of writing, there are virtually no in-depth reviews available for the film anywhere, and no one online can even definitively say when Bloody Muscle Body Builder in Hell was released. Letterboxd claims 2009 as the release year. The origins of ‘Jigoku no chimidoro Muscle Builder’ (roughly translated as ‘Bloody Muscle Builder to Hell’) however, date back to the 90s.

Director Shinichi Fukazawa maintains a blog online, ‘Zombie Theater in Hell‘, where he actively discusses his projects and reviews other horror media. This blog is maintained in the Japanese language, but I was able to obtain extracts in English with the assistance of a friend, relating to the production of Bloody Muscle Body Builder in Hell. 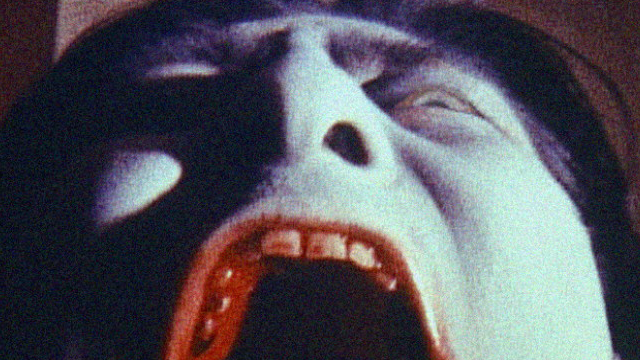 Ideas would flow in 1994, and thus Shinichi Fukazawa began pre-production on Bloody Muscle Body Builder in Hell in 1995; writing his first draft of the script on New Year’s Day. Production soon followed and over the subsequent 10 years, Fukazawa would shoot over 10 hours of footage on Super 8 film. Editing began in 2005, after the rough 8mm footage was transferred to digital video, but various issues in post-production would cause the director further delays. Undeterred by these frequent problems, personal dept and time lost, Shinichi Fukazawa would finally announce that Bloody Muscle Body Builder in Hell was complete in 2009.

Bloody Muscle Body Builder in Hell was eventually released independently (and in limited quantities) on DVD-R in 2012. A theatrical release would eventually emerge in 2014, followed shortly afterwards by an official Japanese DVD under the moniker ‘Complete Edition’. It is this ‘complete’ version that I have reviewed here, which itself contains few VFX differences when compared with the 2012 ‘indie’ release.

This 15-20 year ultimate experience in gruelling terror was a project of passion for director Shinichi Fukazawa, and you can clearly see why. Acting as the lead, Shinichi Fukazawa makes for a credible ‘zero-to-hero’ character; carved from the same weathered stone as Bruce ‘don’t call me Ash’ Campbell. The defects and film grain (a result of shooting on 8mm) create for an endearing lo-fi quality, reminiscent of the pre-cert VHS tapes that once cluttered our homes. But the Japanese Evil Dead’ flexes its muscle when it comes to the special make-up effects. 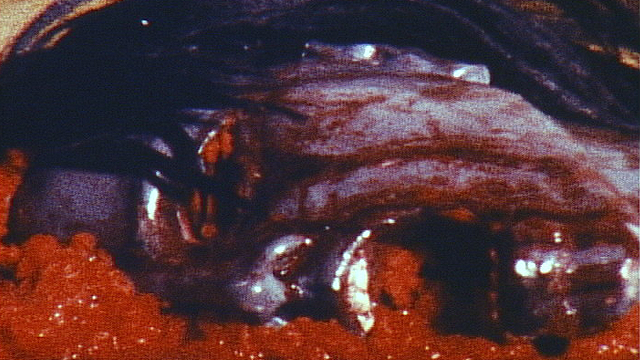 Gore is splattered across the screen throughout Bloody Muscle Body Builder in Hell’s short-but-oh-so-fucking-sweet 62 minute running time; frequently delving into stop-motion animation for it’s more elaborate splatter sequences. Many horror comedies fail because they cannot find the correct balance between scares and laughs. Bloody Muscle Body Builder in Hell sticks to The Evil Dead blueprint by punctuating its comedic situations with buckets of blood.

Terror Cotta, an Asian horror subsidiary of Terracotta, will release Bloody Muscle Body Builder in Hell for the first time in the UK on DVD in 2017 (tentatively 10th April), and were kind enough to provide me with a copy of Shinichi Fukazawa’s splatter masterpiece for review. All special features are still to be confirmed, but their release will feature original artwork (see below) from Graham Humphrey; the designer of The Evil Dead’s original UK pre-cert VHS cover. I highly recommend that you buy this bizarre Japanese curiosity upon its release. 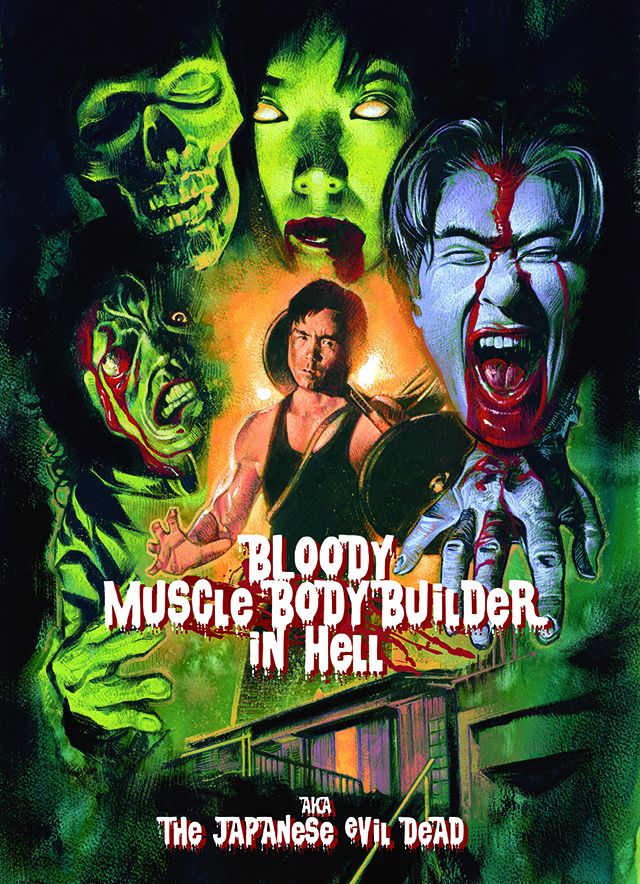