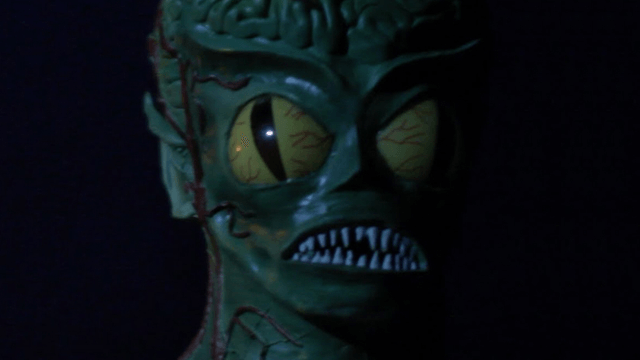 This upcoming December the Troma Team wish you all a very merry Xmas with two world premiere gifts on Troma Now that will make you want to bathe in your egg nog! Jay Summers’ feature length debut, Revenge of the Spacemen, along with Molly Hewitt’s short film, Maggie’s Problem (featuring music by prolific indie Lo-Fi legend R. Stevie Moore).

“It’s a throwback to all the classic alien invasion flicks of yesteryear, with a bunch of brilliantly retro-looking bug-eyed aliens arriving in flying saucers to conquer Earth. Too bad for them that the human race has more resilience than they expected.” – Dread Central 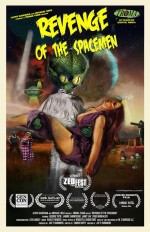 From vengeful aliens in an intoxicated backyard hillbilly co-ed stand-off, to a girl who’s problems are “far from ordinary”, the additions of Revenge of the Spaceman and Maggie’s Problem to Troma Now will keep you entertained over the holiday period.

To celebrate the spirit of Christmas, Troma Entertainment will also add ten of their earliest feature length films to Troma Now this December, including The Girl Who Returned, Big Gus, What’s the Fuss?, Squeeze Play, Madigan’s Millions, Pyro, Sexy Time Trip Ninjas, The Man from O.R.G.Y, Skeleton Coast, The Butchers and Angel and the Badman.

Also coming this month, wrapped in a Tromatic ribbon and bow, is the animated short A Very Troma Christmas, starring The Toxic Avenger, along with other horrifying holiday themed short-length selections. Don’t miss out on Troma’s tromazing exclusive and uncensored content for only $4.99 a month. Subscribe to watch.troma.com and have yourself a tromazing Xmas!