During the videotape format war of the late 1970s and early 1980s, JVC’s (Victor Company of Japan) VHS (Video Home System) would compete for market share against Sony’s Betamax. Betamax was, in theory, the superior recording format but VHS would ultimately emerge as the preeminent home video format in 1986. Consumers could not justify the extra cost of a Betamax VCR (video-cassette recorder), which was often more expensive that the VHS equivalent due to the higher quality construction of Betamax recorders.

The Video Home System format would continue to dominate the market until 1996, when the introduction of DVD-Video would trigger the market share decline of VHS. But I know VHS holds a special place it the hearts of many. Those of you who hold onto your memories of this era tightly with enthusiasm. Control tracking was the norm and resolution didn’t matter. It was about the video content of the tape and the artwork employed on the cover.

I know, because I feel the same way. That is why, as a tribute to the country that started it all, I have compiled Another 6 Essential Japanese VHS Covers. 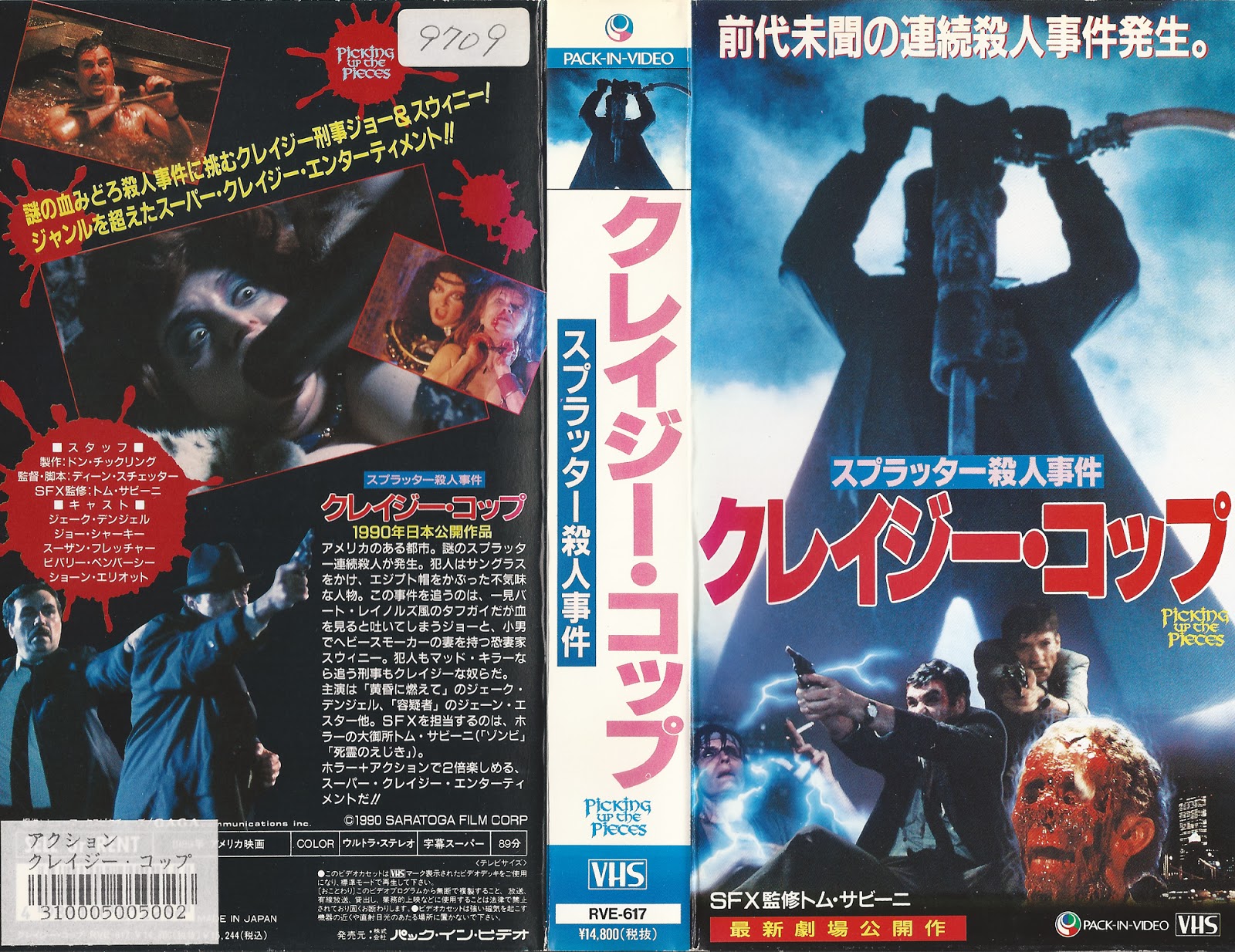 6. Bloodsucking Pharaohs in Pittsburgh (1991)
スプラッター殺人事件／クレイジー・コップ
Directed by Dean Tschetter.
AKA Picking Up the Pieces

Directed and co-written by Dean Tschetter, along with Tom Tully, 1991’s Bloodsucking Pharaohs in Pittsburgh is an obscure horror/comedy that featured the special makeup effects of Tom Savini. Early promotional material for the film would credit the director under the pseudonym Alan Smithee, indicating Tschetter’s dissatisfaction with Bloodsucking Pharaohs in Pittsburgh. 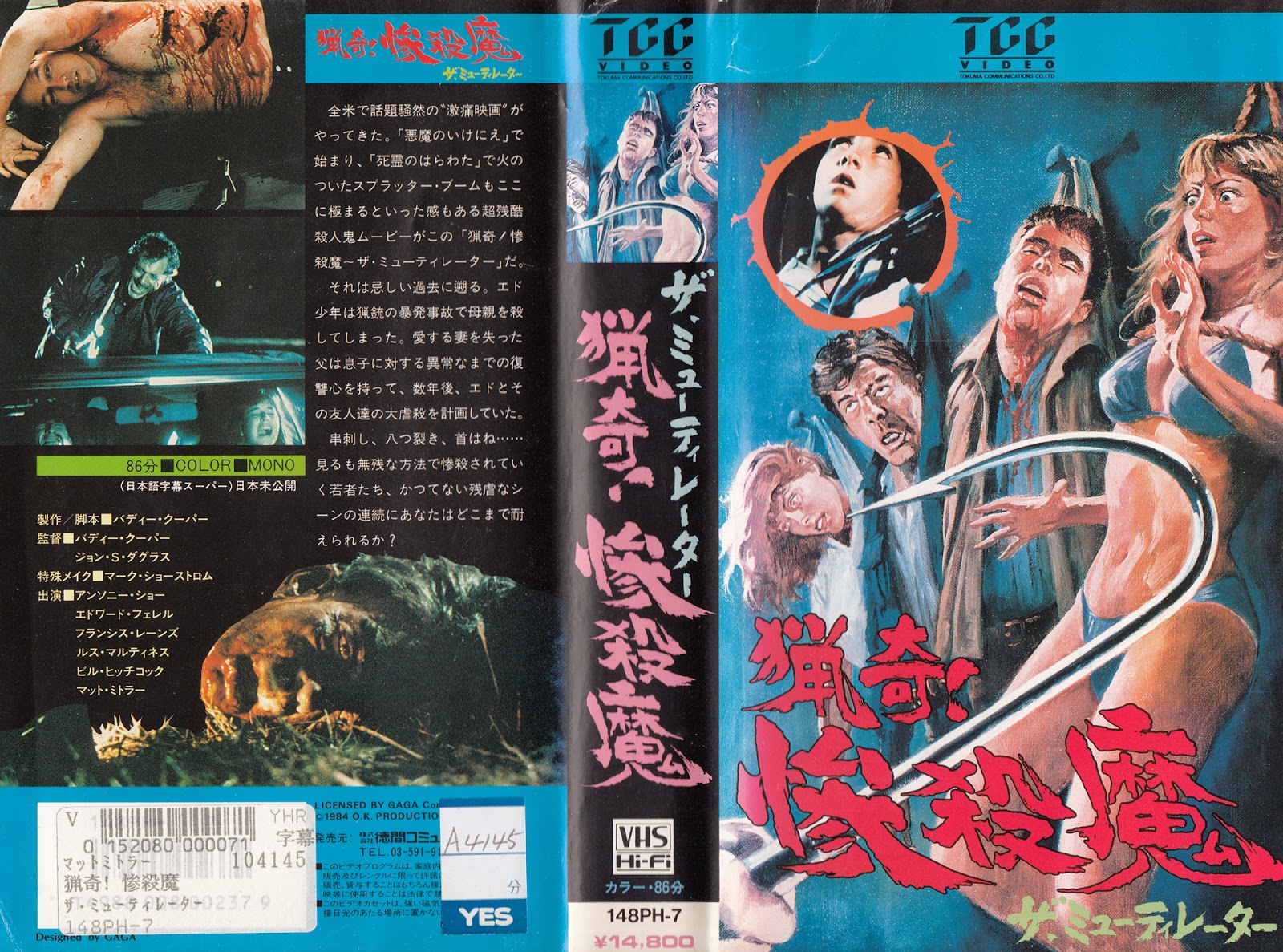 5. The Mutilator (1984)
猟奇！惨殺魔／ザ・ミューティレーター
Directed by Buddy Cooper and John Douglass.
AKA Fall Break

The Mutilator is best known for it’s infamous ‘fish-hook’ death. In the United Kingdom the scene (involving a fishing gaff) was considered to be highly sexualised in its violence, and thus was cut from early home video releases by the BBFC (British Board of Film Classification) under terms of 1984 Video Recording Act. 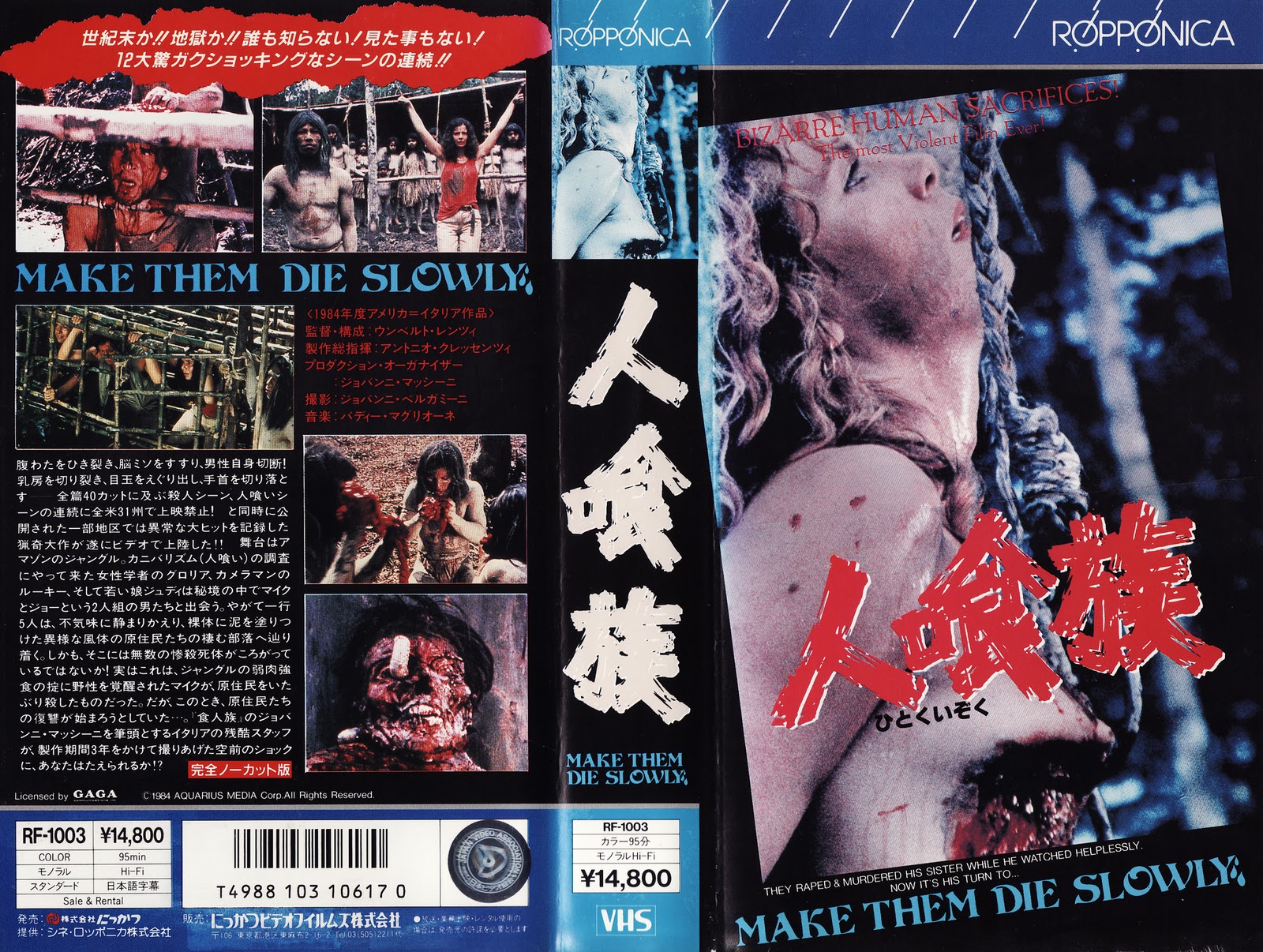 In the United Kingdom, Cannibal Ferox was added to the Director of Public Prosecutions (DPP) list of 72 video nasties. Cannibal Ferox was one of 39 films successfully prosecuted. Claimed by certain distributors to be ‘banned in 31 countries’, Umberto Lenzi’s Cannibal Ferox is a mean-spirited exploitation film best known for the grotesque special-effects artistry of Gianetto De Rossi. 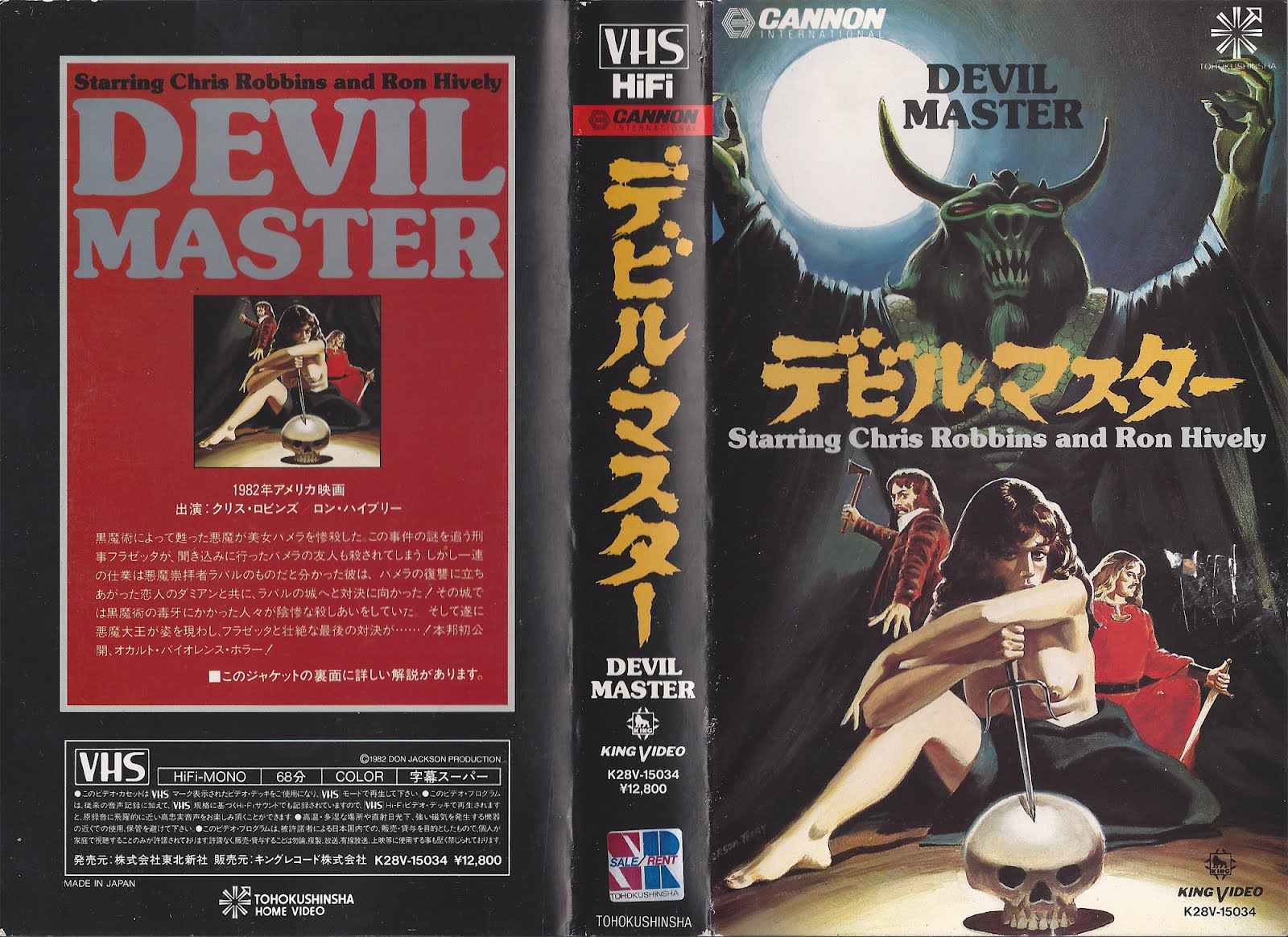 3. The Devil Master (1977)
デビル・マスター
Directed by Donald G. Jackson and Jerry Younkins.
AKA The Demon Lover 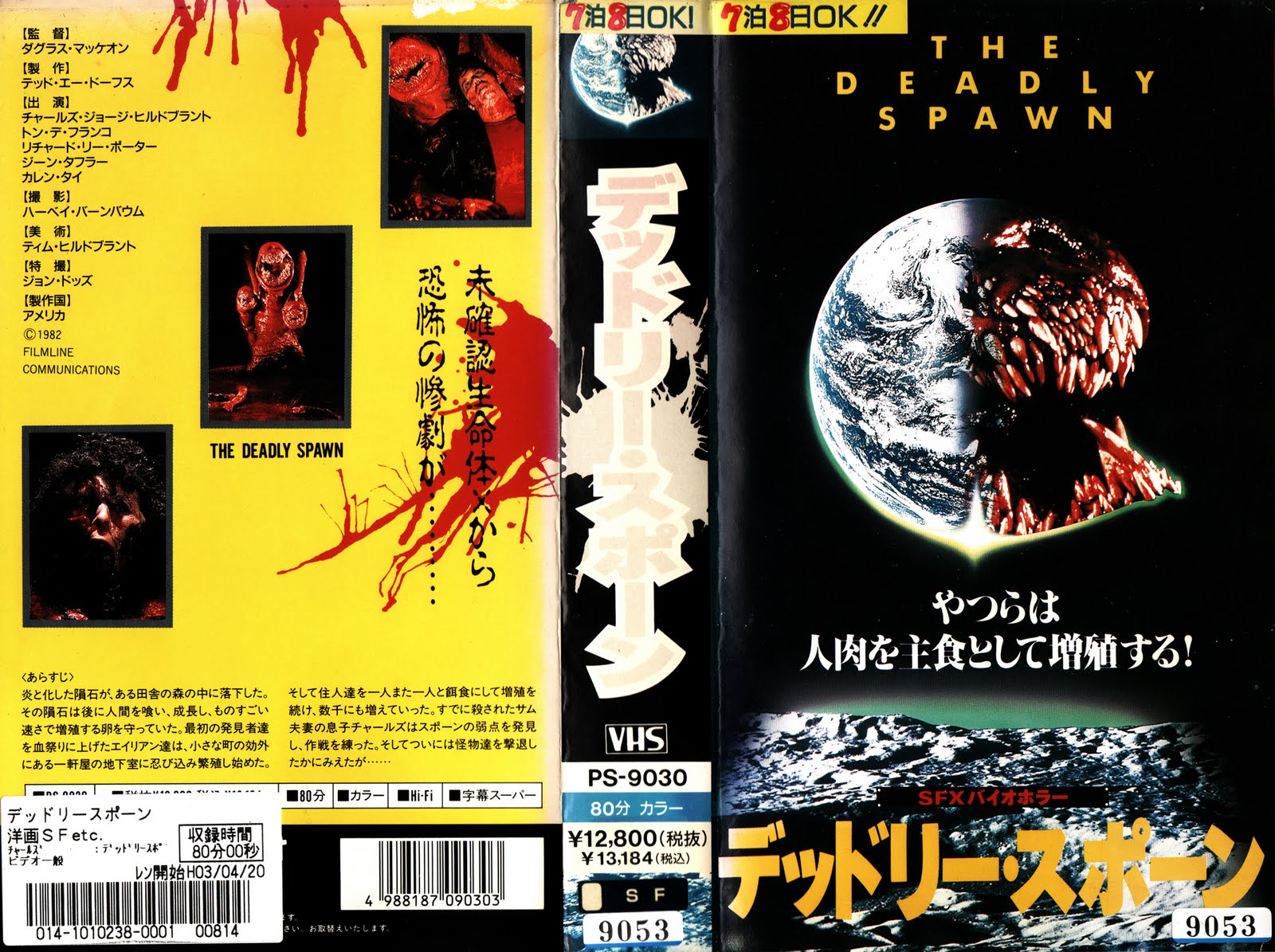 2. The Deadly Spawn (1983)
デッドリー・スポーン
Directed by Douglas McKeown.
AKA Return of the Alien’s Deadly Spawn

Directed by Douglas McKeown (his only feature film), 1983’s The Deadly Spawn paid tribute to the alien sub-genre of 1950s science fiction in spectacular low-budget excess. 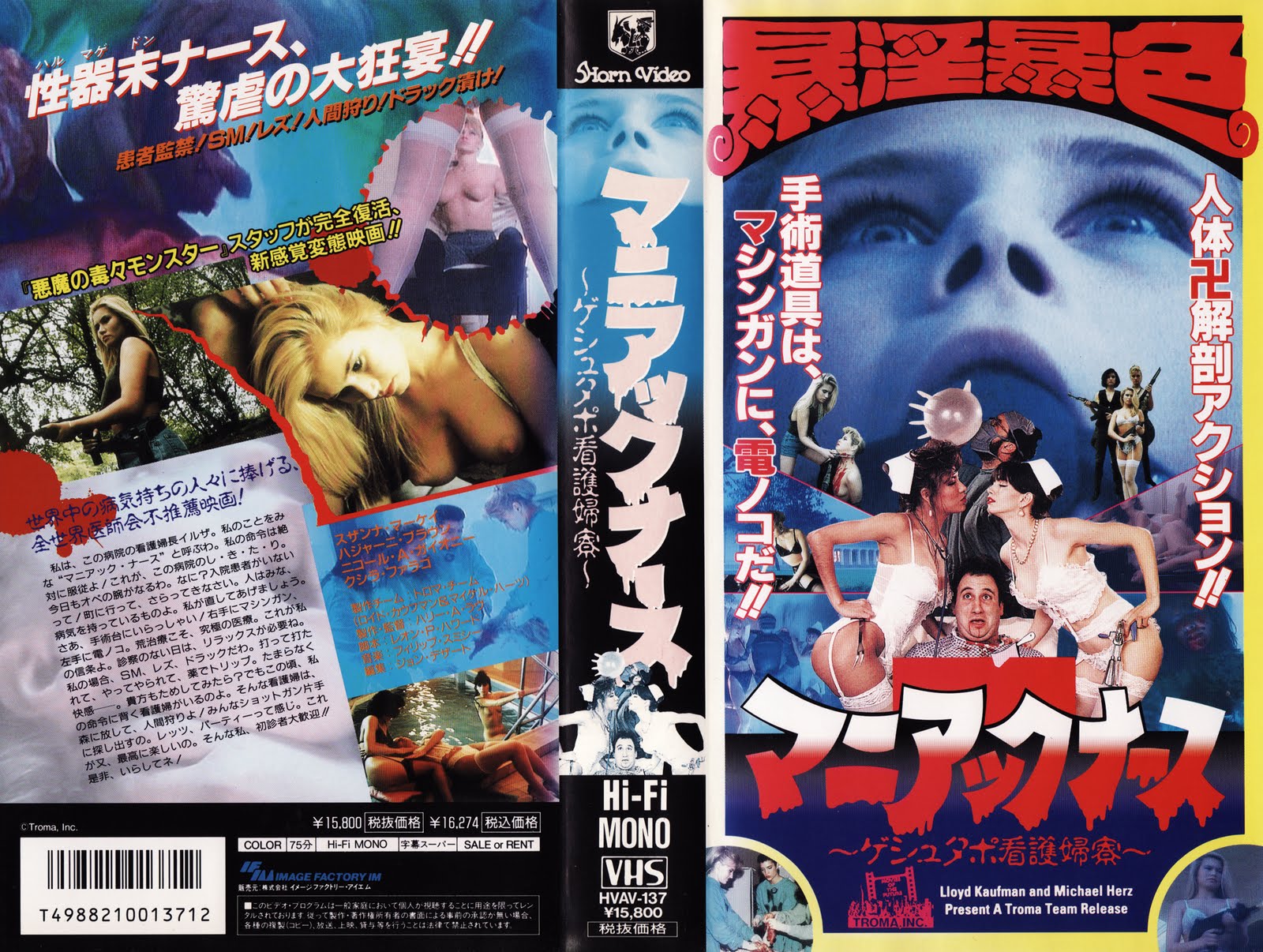