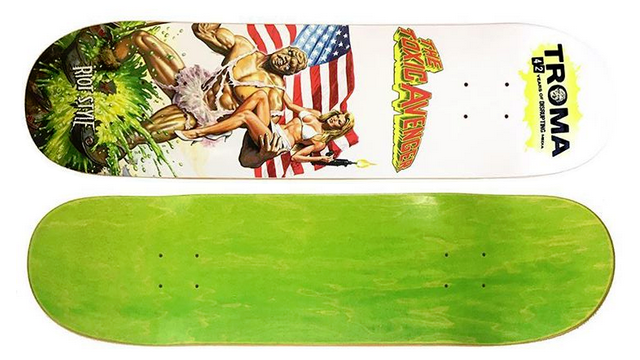 Good looking Troma fans wearing these classic collector t-shirts may be too young to be found hanging out at “53rd and 3rd”, but will definitely be spotted at 655 W 34th St, where they will find another trailblazing cultural icon; the NYCC TROMA BOOTH #429! 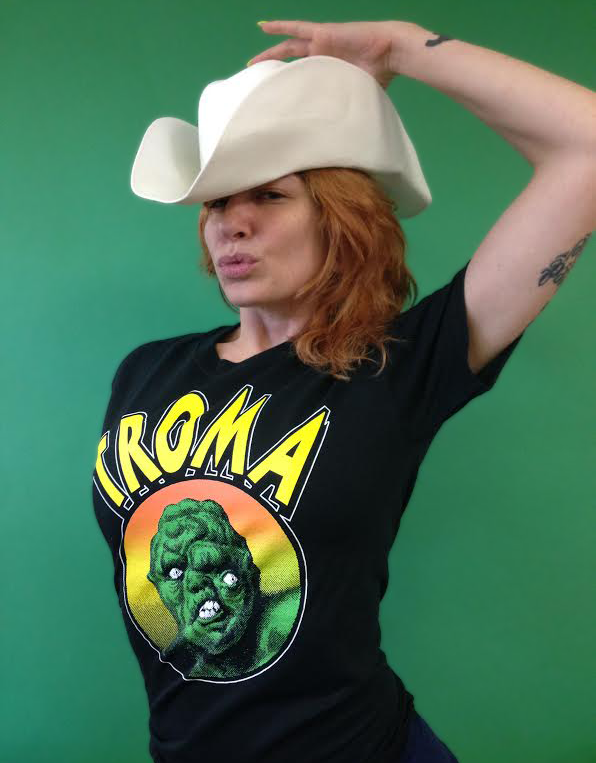 Troma fanatics, collectors of underground art and East Coast skaters will want to shred their way to Troma Booth #429 for the NYCC release of The Toxic Avenger skateboard decks printed by RiotStyle; west coast skateboard manufacturer and punk rock icons. Skate or Die! The 29″ Popsicle style deck is dipped in white paint and printed with a gloriously detailed tribute to Toxie. The artwork was original painted by Tricia Zimic as promotional material for The Toxic Avenger Part II. Zimic also designed various posters for Troma throughout the 1970s, 80s and 90s; including the infamous cult artwork for the Blood Hook and Demented Death Farm Massacre posters.

If that wasn’t enough Lloyd Kaufman’s best-selling books on filmmaking, All I Need to Know About Filmmaking I Learned from The Toxic Avenger and Make Your Own Damn Movie will also be available for sale at NYCC, along with a collection of unique ‘hard-to-find’ vintage Troma titles on DVD and Blu-ray; including sexy comedy The First Turn On, directed by Troma Entertainment co-founder Michael Herz.

Didn’t I also previously mention that Lloyd Kaufman will be appearing at Troma Booth #429, signing autographs and appearing in photos, alongside Catie Corcoran (Return to Nuke ‘Em High Volume 1)? If you are in New York City, head over to the NYCC and say hello to the Troma Team! Just don’t forget about me on the other side of the Atlantic… Send me a t-shirt Lloyd!