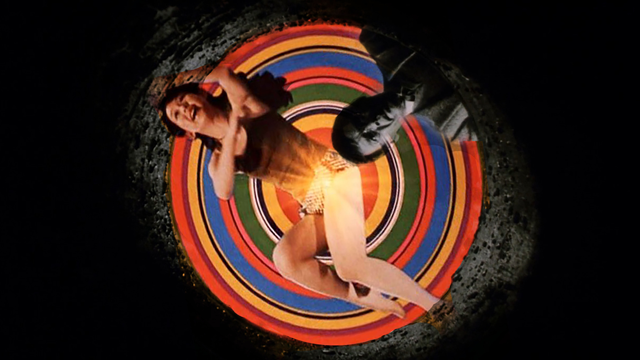 In the United Kingdom, Liverpool Small Cinema presents an iconic Japanese horror double bill: Hideo Nakata’s Ringu (1998) and Nobuhiko Obayashi’s Hausu (1977). In Ringu, a cursed VHS tape inflicts a vicious spate of deaths in Japan; whereas in Hausu, a group of school friends travel to the countryside where they encounter a haunted house that will make their head spin.

“To try and narrow down a selection of Japanese horror films, which cover all things psychological, supernatural, explicit and mythological, is no easy task however, so we felt that the programme would need to reflect the full scale of myths, folk and ghost tales that have dominated Japanese culture for centuries.” – Small Cinema Team

Ringu, adapted from the Kôji Suzuki novel, is a psychological horror film that masterfully blends the cultural depths of Japanese folklore, and the reliance on technology to reflect on the alarming clash between both. It is perhaps Hideo Nakata’s distinctive choice to favour a minimalist intensity, that allows Ring to continue to induce fear into new audiences; presented in true analogue nostalgia… VHS!!!

Hausu is a psychedelic cult classic from Toho, the studio behind Godzilla (1954). No synopsis of House can however, capture the sheer cinematic anarchy Nobuhiko Obayashi unleashes on the audience, blending experimental animation with surrealist imagery, along with subliminal references to the atomic bomb and a sobering look at the generation that came after the tragedies at Hiroshima and Nagasaki.

Tickets for the Japanese horror double bill can be purchased here. Tickets are also available for singular screenings of Ringu and Hausu.