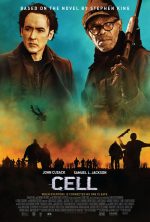 The Grinch doesn’t have anything on the mile-wide smirk plastered across my mug when Stephen King tries his hand at social commentary. As exemplified by both his books and the movies based upon them, the prolific author is as well-versed in the art of subtlety as Pennywise is in child care. However, this isn’t necessarily a bad thing, as King’s over-the-top touches often make for experiences far more memorable than similar stories that opt to play it safe. If any of the man’s tales needed that crazy-go-nuts kick in the pants during their leap to the big screen, it was Cell, an apocalyptic horror show drawing the most blunt parallels possible between the classic zombie and those who’ve sold their souls to technology. Sadly, the hit novel’s oft-delayed cinematic counterpart is neither as intelligent or ridiculously entertaining as it cries to be, instead giving life to the most confusing yet flavorless riff on the source material that it could have.

Our story begins in, of all places, Boston, which means fans just lost that “Maine” free space in Stephen King Bingo. Graphic novelist Clay Riddell (John Cusack) is en route to make amends with his estranged wife and son, until he’s waylaid by the end of civilization as we know it. An unknown signal has been let loose upon humanity, transforming any unlucky enough to hear it over their cell phone into a bloodthirsty maniac. His paternal instincts now kicked into overdrive, Clay launches himself headfirst into the chaos, banding together with fellow survivors Tom (Samuel L. Jackson) and Alice (Isaballe Fuhrman) to try to reach his family in one piece. But as the ranks of the infected swell, so does their intellect, with the mad masses evolving more and more every day, further dimming Clay’s hopes of seeing his loved ones alive again. 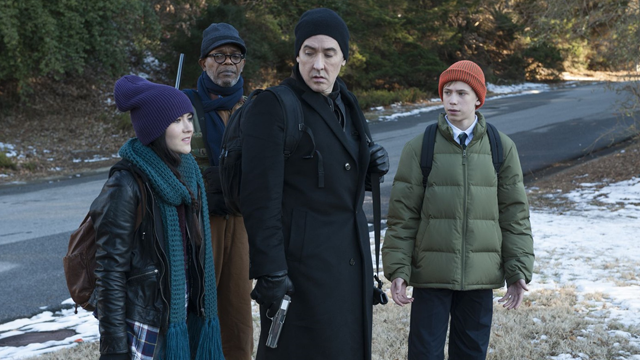 Those who might shift the blame for Cell’s shortcomings onto a writer with a feeble understanding of the source book should be aware that King himself had a hand in composing the screenplay. Not only that, he also warned admirers of said novel that some changes that might rub them the wrong way would be imminent. King wasn’t lying, having willingly helped turn a visceral and harrowing work like Cell into a limp-wristed 28 Days Later riff with too many cut corners to freak out seasoned horror buffs. The film can only do so much with its budget and thusly tries emphasizing the story’s personal angle instead of its spectacle, but it backfires on director Tod Williams, whose approach makes the production as a whole feel more small than intimate. The opening outbreak sequence gathers what appears to be all of a couple dozen souls to flail around with ketchup-stained maws, and the streets Clay and company trek through are emptied at a conspicuously speedy rate. But runaway penny-watching aside, the film’s greatest fault lies in its lobbing of philosophical softballs, delving no deeper than declaring its obvious “tech-obsessed people are like zombies” metaphors. 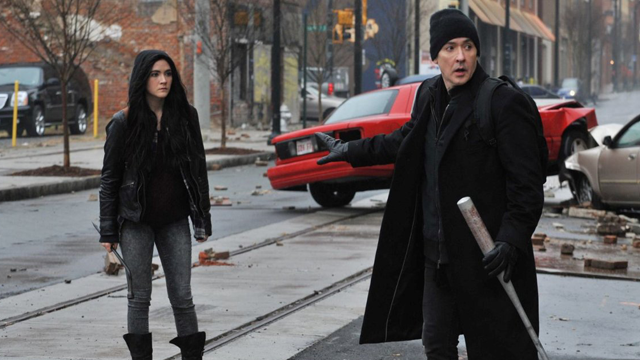 Although ambiguity can be an asset when it comes to horror, Cell’s frustrating refusal to explain its most ludicrous plot developments isn’t likely to discourage many from checking out of the story at some point. The signal’s vague origins aren’t so bothersome, but the same can’t be said for the psychic visions, comic book villains come alive, and flip-phone maguffins that proceed it. Cell feels more focused on confusing the viewer than on presenting its world in a satisfying or compelling fashion. The flick’s ineffective nature is such that not even the actors are spared, with everyone committing just barely enough visible effort and nothing more. Cusack (who shares an executive producer credit) is the deadbeat dad trying to redeem himself, Jackson is the hardass always dipping his spoon into danger’s Corn Flakes, and Fuhrman…well, she’s just “the girl,” included by decree of horror movie law and written with about as little concern as it gets. Nobody gives an outright terrible performance, with everyone in the ensemble basically doing their jobs, but it’s a bummer regardless to see nary a soul attempting to imbue their role with a little something extra.

Some cool concepts and the occasional gnarly visual spare Cell a fate as one of the worst Stephen King adaptations to grace the screen, but it’s sure pushing it. Perhaps a stirring exercise in social criticism was too much to hope for, but that our intellects remain unstimulated and pants unfilled when the final credits roll is downright inexcusable. While it’s a breeze to watch and have a good chuckle at its expense, Cell is a far cry from a defining tale of terror for the Information Age.