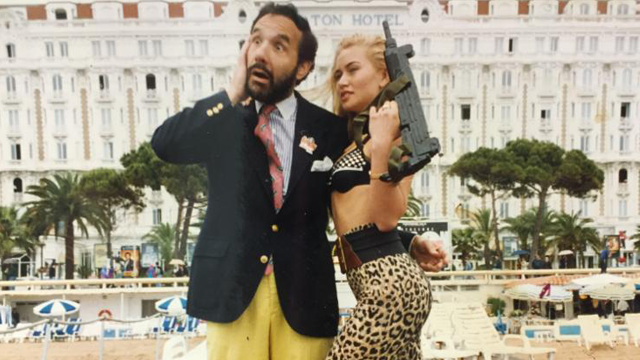 Lloyd Kaufman, sexy president (prexy) of Troma Entertainment and creator of The Toxic Avenger, will be appearing in person at the New York City Comic Con, along with Catherine Corcoran (Return to Nuke ‘Em High: Volume 1). Both Lloyd Kaufman and Catherine Corcoran will be signing autographs and posing for fan-photos in person (FREE) all weekend long at TROMA BOOTH #429.

In just two weeks, the Troma Team will toxercize the internationally celebrated and one of a kind convention, which takes place between the 6th and the 9th October 2016, at The Javits Center in New York City. Troma will of course be spearheading many wild and tromazing movie making themed events all weekend; including two short film sequence shoots for trademark tromatic introductions to their newest home video (Blu-ray/DVD) releases.

Oh, and don’t forget not to wash your hands because on the 9th October the Troma Team is going to lead the masses in acts of the socckult! Witness the first ever “Sick Sock Sing-A-Long” led by the Sockmaster of Puppets for an on-site music video, inspired by 2016 Troma Team release directed by Alberto Genovese; Sick Sock Monsters from Outer Space! Participants are invited to bring along their own sock puppet creations or make use of the Troma Team’s soiled socks to make the “Sick Sock Sing-A-Long” as much of a smelly sensation as possible.

The Toxic Avenger (also known as Toxie), recognized as the first superhero from New Jersey and one of the most unique sci-fi mutants in the history of comic creations, will join other comic megastars in the fantastical planetarium of superpowers…mostly to sell New York Comic Con 2016 exclusive premiere merchandise; including a first issue limited edition (only 15 available) skateboard deck manufactured by LA skatethrash music and merchandiser RiotStyle, along with last season’s Toxic Crusaders deck. Two brand new manifestations of The Toxic Avenger will also be the premiere t-shirts at NYCC; one with a retro renderings of Toxie’s patented side-eyed stare, and another with a sexy, scandalizing 1990’s promotional still with Debbie Rochon.

Did we mention the funky merch (featuring well hung heroes, Toxie and Kabukiman) that will be available to tromatize all of your friends? Yes! Iron-on patches, enamel pins, lapels, mop-buckets and an updated selection of Troma movies (featuring reissues of Out-of-Print titles) for the relentlessly hip will be available at TROMA BOOTH #429 at NYCC!