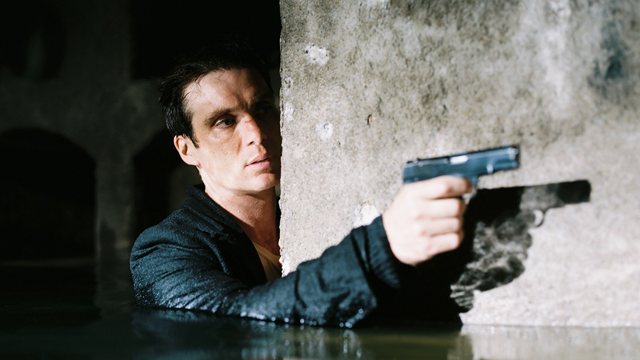 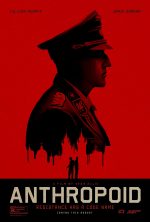 There are worse ways to spend an evening than in a darkened room with Cillian Murphy and Jamie Dornan, watching a movie. In this case we were watching the Premiere of the Sean Ellis WWII thriller Anthropoid in which they both star.

Ellis’s film is a labour of love – he produced, co-wrote and directed the movie and, as if wearing all those hats was not enough work, he was also his own cinematographer.

Anthropoid is based on the astounding and moving true story of two Czechoslovakian nationals, Jan Kubiš (Jamie Dornan) and Jozef Gabčík (Cillian Murphy) who in 1942, parachuted back into their occupied homeland with the mission of assassinating the Nazis’ brutal third-in-command, SS General Reinhard Heydrich, the’ Butcher of Prague’ and architect of the horrific ‘Final Solution’.

Jozef and Jan soon learn they are in a city in lockdown, brutalized into submission by the German occupation, with the Czech resistance decimated to a handful of determined if fearful patriots. Contact is finally achieved with an underground activist, Uncle Hajský (Toby Jones) who is stalwart in aiding their endeavour, as well as Resistance leader, Ladislav (Marcin Dorocinski) who, having been resident in Prague throughout, knows and fears the potential savagery of the Nazi reprisals if the mission is successful. 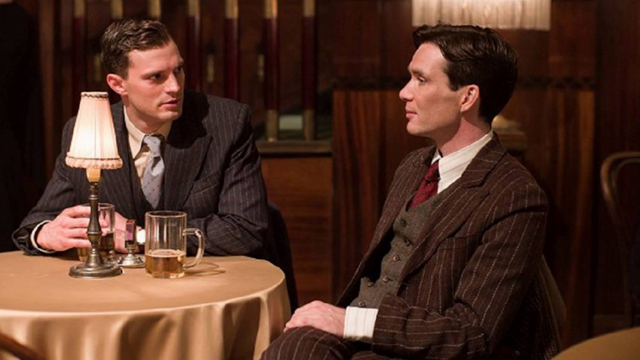 With sparse intelligence and little equipment the two men must find a way to fulfil their mission, under seriously adverse conditions, while trying to protect their identities from the sweeping control of the Gestapo.

When Jozef and Jan move in with a sympathetic family, they meet Marie (Charlotte Le Bon) and her friend Lenka (Czech actress Anna Geislerova) who agree to pose as their girlfriends to deflect suspicion.

As the assassination attempt unfolds, the film hurtles into action; the inevitable manhunt ensues and climaxes in the Nazi siege of a church where the surviving men of the Resistance are hiding.

Sean Ellis (shooting on Super 16mm film) demonstrates his finesse filming locations and period detail and his camera-work gives a raw and immediate energy to the unrelenting violence of the climactic shootout. Be warned, once the movie gains momentum, hang on to something, it is a fierce and terrifying ride.

Aided by screenwriter Anthony Frewin, Ellis has produced a well-written and engaging screenplay. Anthropoid is a slow burn, allowing us get to know and empathise with the principal characters, who unlike fictional war heroes, are not given to grandiose statements and bravado, but succumb to moments of doubt, panic, aching hope and crushing guilt. 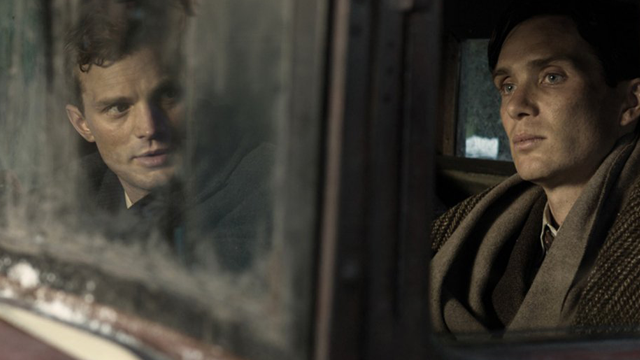 Jamie Dornan’s Jan is the more nervous of the assassins, his burgeoning feelings for Marie causing him to value his life and gain a flicker of hope for a future. He experiences panic and desperation before accepting the risks of his objective.

Cillian Murphy is charismatic on screen, successfully conveying Joseph as a patriot who is determined to remain icily focussed on his mission, but struggles to control his emotions as he finds a match in Lenka’s acuity and fearlessness, and strives not to buckle under the guilt of the inevitable tragedies that pile up around him as a consequence of the mission.

Unlike most of the movie fare we’ve been served over the last few years, here are human heroes whose honour and bravery do not derive from having ‘superpowers’ – their fragile lives have the shadow of danger and destruction hovering over every move. Because we are aware that this story is based on real people and real events, the tension in the movie never releases its grip, gut-wrenching and unrelenting in its examination of the realities of living under a vicious totalitarian regime.

Anthropoid is a fitting tribute to all the little-known stories of ordinary men and women who were forced into extraordinary acts of self-sacrifice and bravery in the face of actual, pitiless evil and incomprehensible violence. We have our freedom because of what those true heroes were prepared to endure to create a better future for us all.