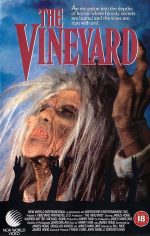 I can’t even begin to discuss 1989’s The Vineyard without first discussing the undisputed talent of James Hong. With a filmography that has spanned over six decades, it is Hong’s portrayal of the legendary sorcerer Lo Pan in John Carpenter’s Big Trouble in Little China (1986) that has become the most iconic. Yet, those of us that have seen Ridley Scott’s Blade Runner (1982) will also remember Hong as Hannibal Chew, the genetic (eye) engineer hired by the Tyrell Corporation. That being said, James Hong is truly a force to be reckoned with…but what audiences may not be familiar with is his directorial work.

James Hong has directed only a small handful of feature length movies during his career; the most well known (but still fairly obscure) being The Vineyard, co-directed with William Rice. James Hong plays Dr. Elson Po, a scientist and winemaker who fears he is becoming too old. He yearns for eternal life, and only upon drinking his own batch of world renowned wine can he become young again. His island vineyard holds the solution. This wine, which can fetch up to a thousand dollars per bottle, harbours a secret ingredient, added during the fermentation process… HUMAN BLOOD! 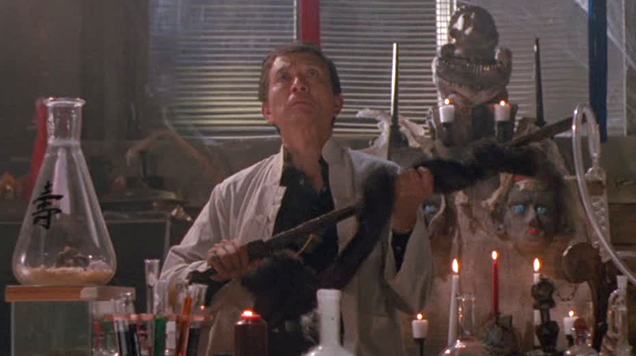 When a group of young actors visit Dr. Elson Po’s island to audition for a film the prolific doctor plans on making, they soon discover the secret to Po’s wine and must escape. The question is, can they escape the zombies buried beneath the vineyard, and ultimately Dr. Elson Po’s charm?

If the synopsis above sounds bat-shit crazy, that is because James Hong’s The Vineyard is, itself, bat-shit crazy. The plot, also co-written by James Hong alongside Douglas Kondo, James Marlowe and Harry Mok, is frequently nonsensical. But don’t let that worry you. The Vineyard excels in providing James Hong with the platform to share his entertaining quirks. Dr. Elson Po, for example, is similar to the role of the eccentric Lo Pan in Big Trouble in Little China, and just like the enigmatic sorcerer, James Hong’s screen presence as Po is delightful. 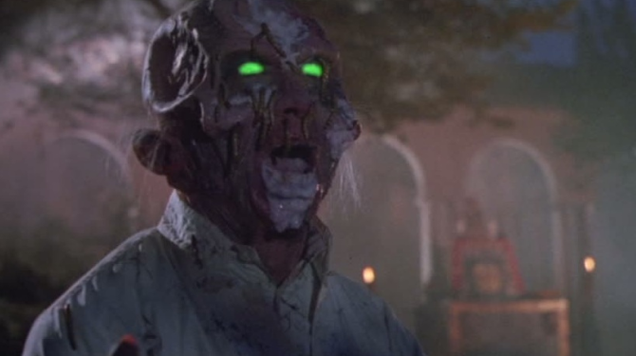 Unfortunately The Vineyard is let down by the supporting cast, most of whom serve nothing more than to add to the death count. Karen Witter is competent as Dr. Elson Po’s love interest / victim Jezebel, but Michael Wong as Jeremy is…blurgh! My sincerest apologies Mr. Wong but your portrayal as the ‘hero’ is bland and unconvincing.

It’s difficult to recommend The Vineyard unless either you adore James Hong or you are specifically looking for a horror movie set in a zombie infested vineyard. Throughout it’s duration James Hong throws just about every horror cliché at you, hoping that if there is enough sex, violence and drama, he will have a winning formula, just like Dr. Elson Po’s world renowned wine. He doesn’t. There is however still plenty to enjoy here, especially if you are looking for a different kind of zombie flick.

I would have to agree.