Down by Kontact by Matthew Myers and Dixie Filloy.

The year is 1996. Four inebriated friends plan to dominate a local arcade tournament but soon find themselves stalked by the undead, struggling to survive in a terrifying nightmare inspired by George Romero’s Night of the Living Dead, and the Pre-Code horror films of the 1930’s.

Originally conceived as a script for a horror flick (intended to be filmed in black & white), writer Matthew Myers decided to redevelop the concept of Down by Kontact as a graphic novel instead, creating a unsettling period piece from 1996 (which, pardon my language, makes me feel old as fuck). If Matthew Myers is a name you are familiar with here at Attack from Planet B, it is because Matt has written for the website on numerous occasions, so yes, my opinion will be biased! FYI: Matt also writes for The Blood Shed, a website devoted to independent horror cinema. 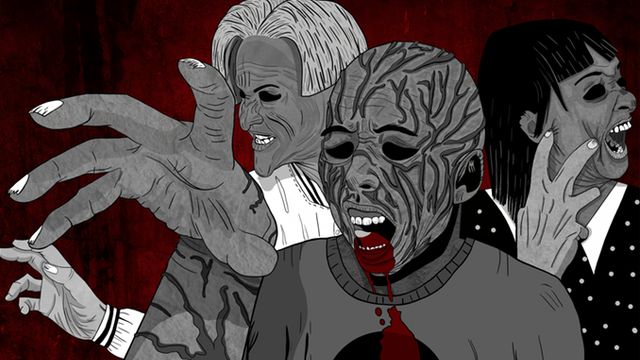 Matt has joined forces with Dixie Filloy; artist of the macabre and daughter of Arthur Filloy (animator of the The Ren & Stimpy Show). Dixie has undertaken the task of illustrating Down by Kontact, alongside her continued work over at Dr. Eff Designs.

The graphic novel is being funded through the behemoth of crowdfunding platforms; Kickstarter. Crowdfunding gives creators the chance to directly connect with their audience and, as usual, backing this Kickstarter campaign will be rewarded. Matthew and Dixie are offering you the opportunity to get a copy of the graphic novel once released, a postcard of a Dixie Filloy illustration, a t-shirt and/or the opportunity to be a part of the Down by Kontact graphic novel yourself, as one of the undead!

If the concept of a 90s arcade tournament turned zombie massacre (inspired by classic 30s horror) intrigues you, then Matt and Dixie’s Down By Kontact truly deserves your support.

Back this project on Kickstarter. 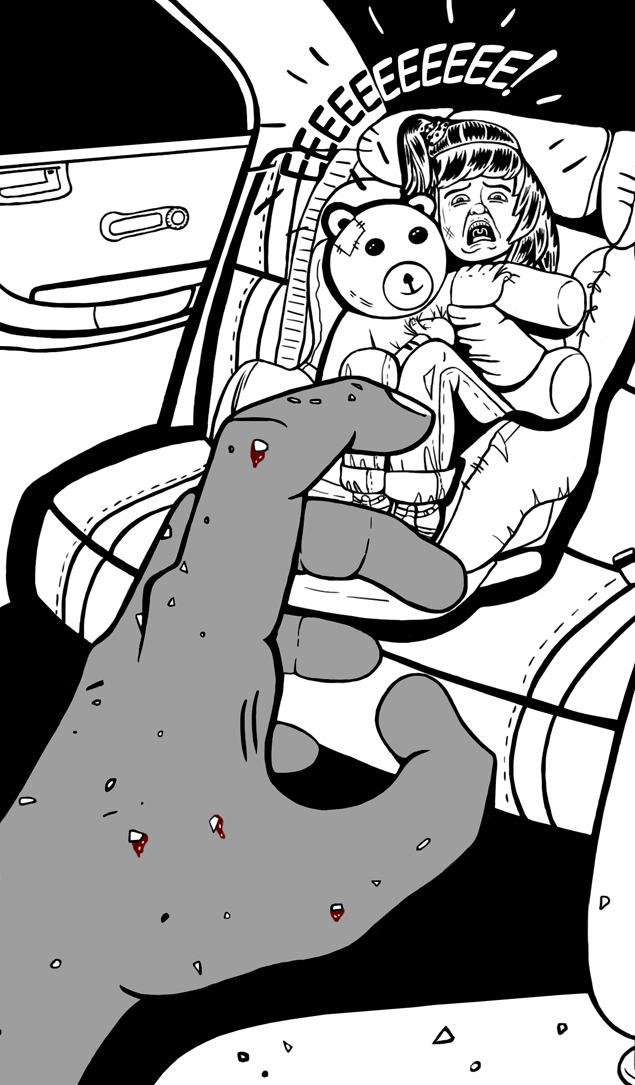