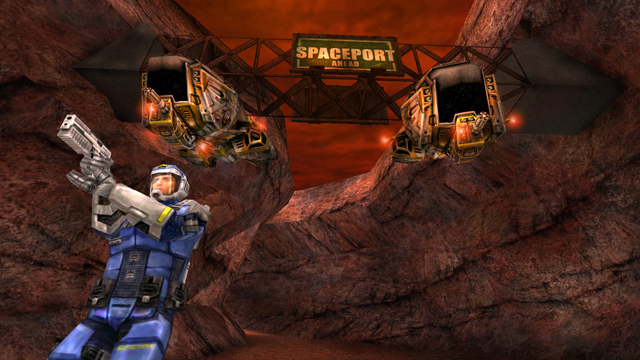 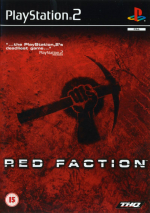 Lured to Mars by the Ultor Corporation’s promise of a better life, thousands have come to seek their fortune and work for the massive mining company. But all is not as it seems. A deadly plague is sweeping through the barracks, and miners suffer daily abuse at the hands of Ultor guards.

Is a revolution on the horizon?

Welcome to Mars; home to the Ultor Corporation. Through tyranny and oppression, the Ultor Corporation know no mercy or sympathy, operating outside the Jurisdiction of the Earth Defence Force (EDF). Developed by Volition, Inc. and published by THQ, Red Faction was released for the Sony PlayStation 2 (PS2) in 2001, and was the system’s first successful first-person shooter (FPS).

Red Faction puts you in the role of Parker, a miner on Mars struggling under the oppression of the Ultor Corporation. In the late 21st Century Earth has been stripped of it’s raw materials and minerals. To deal with the insatiable needs of Earth the Ultor Corporation was formed and quickly obtained all mining rights to Mars, a planet known for it’s mineral wealth. 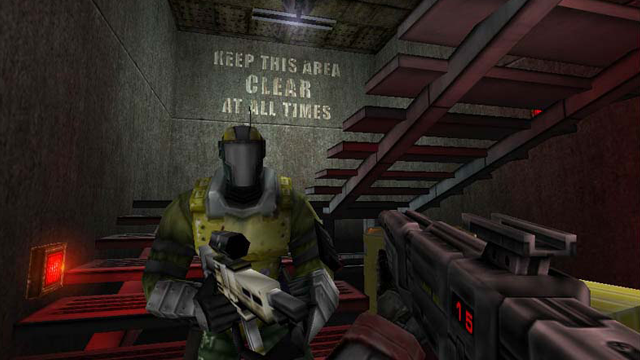 Under the false pretence that Mars is a planet of opportunity, Mine workers arrive to Mars only to discover that the working conditions in the Ultor mines are brutal. Mine work is dangerous and shifts are long. To minimise costs and maximise profits the Environmental Suits and bunks are shared between miners on different shifts. The guards are power hungry, making beatings commonplace…

And now a disfiguring plague has hit the mines, causing the death toll to rise and fear to grow amongst the miners. As tensions run high, posters and pamphlets begin to circulate, asking the miners to take action against the guards of the Ultor Corporation.

Parker attempts to continue to work his shifts, in the hope that he will avoid confrontation. But when a young miner is assaulted and killed by an Ultor guard during his shift change Parker is quickly forced to take up arms and fight! This is the spark that caused a rebellion to explode across Mars. This is the spark that led to the Red Faction. 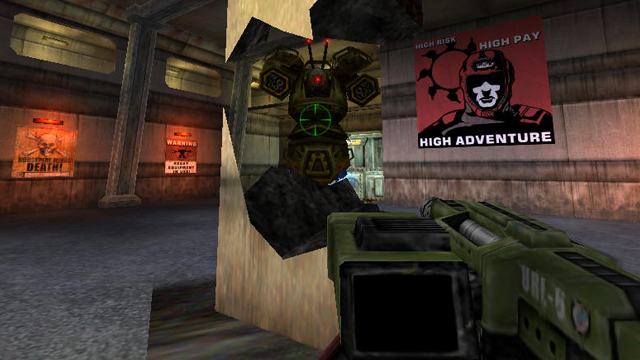 Red Faction’s success was partly due to the implementation of twin-stick analogue control, a control scheme that was rarely used during the the fifth-generation era but has now become the standard for all modern console-based first-person shooters. But the unique selling point of Red Faction was the game engine it was built upon; the Geo-Mod engine.

The Geo-Mod (or Geometry Modification) engine was unique in that it allows you, the player, to destroy and alter the surrounding environment. Why fight an Ultor convoy when you can destroy the bridge it’s crossing with some well placed explosive charges? And in Multiplayer, split-screen deathmatches, add a few AI bots, grab a rocket launcher and cause absolute destruction! Tunnel underneath you opponent and catch them by surprise!

Red Faction was the first video game I experienced hands-on for the newly released PS2 console and became a supporting factor in my decision to obtain Sony’s 128-bit console. Volition, Inc. developed one of the finest first-person shooters of it’s generation; a unique sci-fi epic that, despite an anti-climatic ending, is consistently fun from start to finish.