Batgirl was originated by ABC in order to attract more viewers, and help push the series into its third season. Yvonne Craig, who had previously appeared in numerous movies, including two with Elvis Presley, was selected as the first woman to wear the iconic bat symbol.

Craig started her career as a ballet dancer. This training enabled her to perform all of her own stunts. Her ability to ride a motorcycle was put to good use, speeding to the rescue of Batman, Robin, and the residents of Gotham City on the Batgirl Cycle. 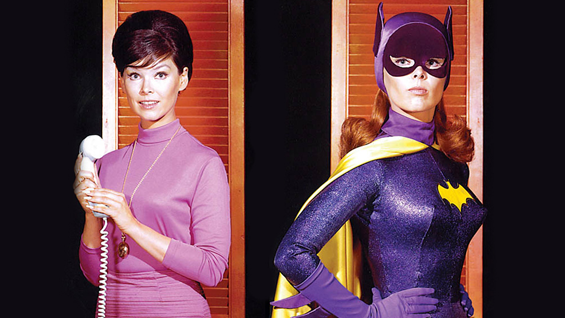 Prior to her death in 2015, Craig often spoke fondly of the feedback she received from female fans. Batgirl was seen as a role model, a character who helped viewers see that, in Craig’s words, “girls could kick butt just like boys.”

Tragically, Craig lost a two-year battle with breast cancer that had spread to her liver in August of last year. However, her portrayal of Batgirl lives on, and will be enjoyed by future generations.