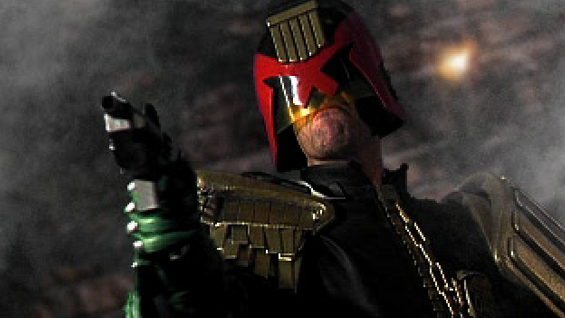 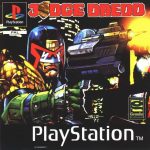 Gremlin Interactive’s Judge Dredd (1997), produced for the Sony PlayStation, is an ‘on-rails’ first person shooter video game based upon the character of the same name, with support for both the Namco G-Con and other standard light-gun peripherals.

For the uninitiated Judge Dredd is a comic strip character featured in the British science fiction anthology 2000 AD since the magazine’s second issue was published in 1977. Created by writer John Wagner and Carlos Ezquerra, Judge Dredd is an American law enforcement officer known as a ‘Street Judge’ situated in the crime-riddled Mega-City One. A ‘Street Judge’ acts not only as the city’s law enforcement, but also as judge, jury and, if necessary, executioner… Their duty is to seek out law breakers and to administer 22nd Century justice, without mercy or favour.

Presented through the use of live action full motion video Gremlin Interactive’s Judge Dredd introduces Tech Judge Bean (Christopher Wilkinson), an escapee from the prison moon Titan who is now out for revenge. Frustrated that his call for Dredd (Richard Waters) to attempt to stop him has been ignored, Royston Bean threatens to assassinate the Mayor and level Mega-City One unless his demands are met… 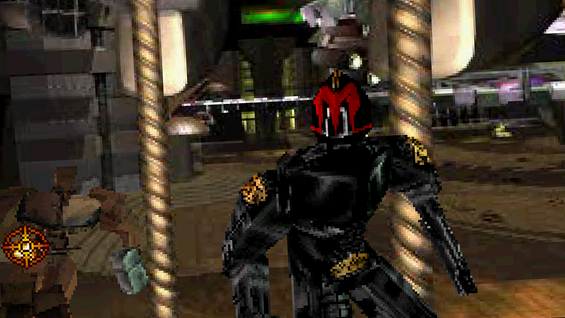 As Dredd you must battle your way through 16 dangerous levels, divided among four stages, as a single player or with a friend in local multiplayer through three various difficulty settings ranging from ‘Easy’ to ‘Hard’. The graphics consist of pre-rendered full motion backgrounds, with destructible elements revealing hidden power-ups, whilst the characters are rendered through the use of polygons. Whilst the game is better experienced through the use of a light-gun peripheral Judge Dredd can also be played with the use of a standard controller.

Unfortunately despite it’s potential Judge Dredd is ultimately, just not that fun to play. Whilst the graphics are adequate for a game released in 1997, the choice of colour and tone can make enemies and power-ups indistinguishable from the pre-rendered backgrounds thus causing frustration in what should be a fast paced, action packed test of reflexes. And as with most ‘on-rail’ first person shooters of this era the game won’t have much replay value beyond completion, besides attempting to beat your previous high score.

I would still recommend Gremlin Interactive’s Judge Dredd to those that are curious about how the Judge Dredd licence has been utilised. The use of live action full motion video throughout is worth the price of admission alone.

Judge Dredd is available to buy from Amazon.co.uk